The transition to Al-Nasr made Cristiano Ronaldo the highest paid player in the world – insiders agree that, taking into account various bonuses, the Portuguese will earn $ 200 million a year in Saudi Arabia.

The first contacts with Al-Nasr were still in the summer – then Cristiano was offered from 250 to 275 million euros in two years, but he refused. At the end of November, the Saudis again made an offer – this time the negotiations went better. 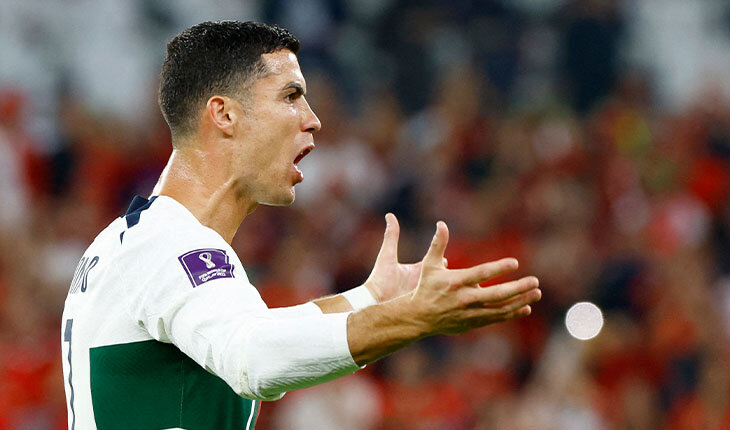 Throughout December, the media flashed a possible annual salary of Ronaldo in the Middle East – 200 million. Shortly before the official announcement, CBS Sports Golazo journalist Ben Jacobs said that the Portuguese would earn $ 75 million in Al Nasr, but clarified that, together with commercial payments, as well as income for the role of ambassador, the amount would reach up to $ 200 million a year. .

If the insider information is correct, Cristiano has become the highest paid player in the world.

Here are the top ten:

•‎ Next – La Liga. Here, in terms of $ 35 million a year, Robert Lewandowski earns, who moved to Barça in the summer. Next is Eden Hazard, who never found himself in Real Madrid and is rapidly degrading.

•‎ Rounding out the top 10 are Andres Iniesta (yes, he still plays for Vissel Kobe) and Man City’s Kevin de Bruyne – such a different league status but similar earnings.

How much did Ronaldo earn before?

Here’s how Cristiano’s salary has changed since the 2013/14 season:

• In Juventus, there was a sharp jump in wages – three seasons in a row earned 61 million dollars.

•‎ In Manchester United, compared to Turin, Ronaldo had to drop almost twice – to $ 32 million.

In Al-Nasr, Cristiano’s income will fly into space.