After a week in office, Peru’s new president, Dina Boluarte,

Social upheaval in Peru: the road network and the Armed Forces are declared in emergency.infrastructure

they the will oferupted after the removal of former President Pedro Castillo. She is the sixth ruler that the country has in less than five years.

Boluarte announced on Tuesday that the government will create a crisis management committee, while protests demanding political change continue throughout the country. . The committee will be headed by Pedro Angulo, president of the Council of Ministers of Peru, and will include other representatives such as the heads of the ministries of Defense, Transport, Interior and Communications, among others, the Presidency announced on Twitter on Tuesday. 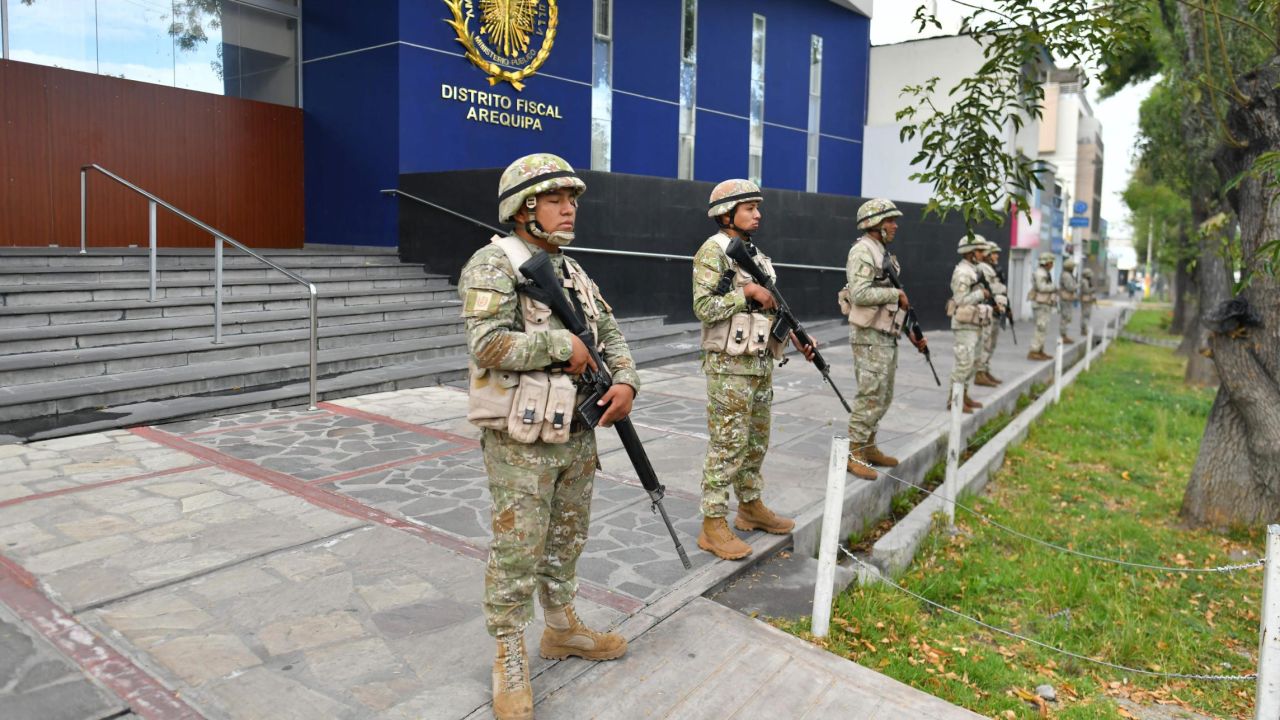 Demonstrators continue to protest despite the government’s proposal to advance the elections after the removal of Pedro Castillo in Lima, Peru, on December 13, 2022. Credit: (Credit: Alessandro Cinque/Reuters)

AVATAR The Way Of Water”

Castillo has denied the accusations of the crimes conspiracy and rebellion, following his dismissal and arrest last week.

The former president was arrested last week. His seven-day preventive detention order was due to end at 1:42 p.m. local time on Wednesday. In a handwritten letter posted on Twitter, Castillo asked his supporters to meet at the Lima detention center where he remains under arrest at that time.

However, a hearing to determine whether Castillo’s detention will be extended was postponed until Thursday morning, said Judge Juan Carlos Checkley in a virtual court session this Wednesday. Checkley said Castillo will remain in custody until then.

Army deployment in the streets

Supporters of Castillo have been protesting since his arrest and dismissal last week. As of Tuesday night, national highways in at least 14 regions across the country were blocked by protests, the Peruvian National Police said in a statement.

The Army has been deployed in Peru to protect public spaces across the country amid protests, according to a statement by Defense Minister Luis Alberto Otárola late Tuesday.

“Immediate protection by the Armed Forces of the strategic points of national heritage, airports, hydroelectric plants and all that infrastructure that, due to its strategic value, serves to guarantee the life and subsistence of all Peruvians,” he explained. Otárola in a statement released by the Peruvian state media Peru TV.

The defense minister also declared a state of emergency on the national highway network.

“We are going to assume control of the national road network throughout the country, to guarantee the free transit of all Peruvians,” Otárola said.

He also indicated that the state of emergency has been specifically implemented in the southern cities of Arequipa and Ica, “so that the Armed Forces and the National Police assume control of internal order.”

What you need to know

What generated the recent social unrest in Peru?

Peru was thrown into further political turmoil when Castillo was ousted and detained on December 7, after he announced his plans to dissolve Congress and install an emergency government in the face of an imminent vacancy vote by lawmakers.

goes Boluarte, its former vice president, has taken over as ruler of the country since then, and this Monday he proposed advancing the general elections two years , as of April 2024, during a televised speech.

Castillo’s removal accelerated political tensions in Peru. Demonstrations have broken out in cities across the country since last week, sometimes marked by clashes with security forces. Some protest in support of Castillo, while others want new general elections and the dissolution of Congress.

Who is Pedro Castillo?

Narrowly elected in July 2021 in a presidential runoff, the former leftist leader vowed to “rule with the people and for the people,” but his short-lived presidency has largely focused on his own political survival.

His government has been in chaos since his inauguration, with dozens of ministers appointed, replaced, sacked or resigning in just over a year, adding to the pressure on the embattled president ahead of his ouster last week. .

Castillo has lashed out at the opposition for trying to remove him from the first day of his term and has accused Peru’s attorney general, Patricia Benavides, of orchestrating what he has called a new form of “coup” against him.

In October, Benavides filed a constitutional complaint against him based on three of the six investigations his office had opened.

The complaint allowed Congress to conduct its own investigation against the former president.

The national prosecutor’s office has examined a mountain of investigations into whether Castillo used his position to benefit himself, his family and his closest allies through influence peddling for favors or preferential treatment, among other allegations.

Castillo has repeatedly denied all the accusations and has reiterated his willingness to cooperate with any investigation. He maintains that the accusations are the result of a witch hunt against him and his family by groups that did not accept his electoral victory.

Are the protests violent?

At least seven people have died in the protests that have been registered in Peru, according to a tweet from the Ministry of Health on Wednesday.

Among the deceased are two minors, as reported on Tuesday by the press office of the Ombudsman of Peru. And at least 47 people were hospitalized as a result of protests in the cities of Lima, Apurímac, Huancavelica and Arequipa, Peru’s Ministry of Health tweeted.

Boluarte on Tuesday called for calm to be restored in the country and said he had instructed the police not to use lethal weapons against protesters.

“Everyone has the right to protest but not to commit acts of vandalism, burning hospitals, ambulances, police stations, assaulting airports, (these) are not normal protests, we have reached the extreme,” added Boluarte.

What other consequences have the protests had?

Demonstrations have affected air and road travel in some regions of Peru. Trains to and from Machu Picchu have been suspended since Tuesday, rail operator PeruRail said in a statement.

“We regret the inconvenience that these announcements generate for our passengers; however, they are due to situations beyond our company and we seek to prioritize the safety of passengers and workers,” the statement read.

LATAM Airlines Peru announced the temporary suspension of its services to and from the airports of the cities of Arequipa and Cuzco.

Protesters tried to storm the terminal of Cusco’s Alejandro Velasco Astete international airport on Monday, according to the Peruvian Airports and Commercial Aviation Corporation (CORPAC).

So far there have been no injuries, arrests or damage at the airport, according to CORPAC.

What are the protesters demanding?

Protesters have called for general elections, the dissolution of Congress and the creation of a new constituent assembly.

Fernando Tuesta Soldevilla, a professor of Political Science at the Pontifical Catholic University of Peru (PUCP), told CNN that the protests represent a violent display of anger against “everything that has accumulated in recent years: growing social and economic ruptures.” .

Tuesta added that the demonstrators were also demonstrating for social and environmental issues, in addition to their “furious rejection of Congress.”

However, Peruvian legislators hold the key to calling new elections and are unlikely to do so, as they would be voting themselves out of a job, according to Tuesta.

Peru has been plagued by political instability in recent years, with many Peruvians calling for political change, according to a survey conducted in September by the Institute of Peruvian Studies, according to which 60% of those polled supported holding early elections. to renew both the presidency and Congress.

It is not clear whether Boluarte’s ascension to the presidency can win broad political support.

Boluarte “does not have a recognized political career,” Tuesta said. “And without partisan support, political party or social organization behind it, it’s weak from the start.”

“Everyone knows when Dina Boluarte’s government started, but no one can be sure how long it will last,” he told CNN.

Boluarte also does not belong to a political party after she was expelled from Peru Libre due to internal disagreements. He would have to build bridges and achieve some consensus with the opposition in Congress to stay in office.