Only two play in Qatar.

The Argentina national team will play in the World Cup final – 8 years after the previous attempt. Argentina entered the 2014 World Cup very confidently: they took first place in the South American selection (with the proviso that Brazil did not participate as a host) and scored the most – 35 goals in 16 games.

At the World Cup itself, the scenario was the same: 9 points in the group with Bosnia-Herzegovina (2:1), Iran (1:0) and Nigeria (3:2). There were questions about the defense – and the game of the team as a whole – but Messi saved everyone: in the group stage, Leo scored 4. But he died out in the playoffs. 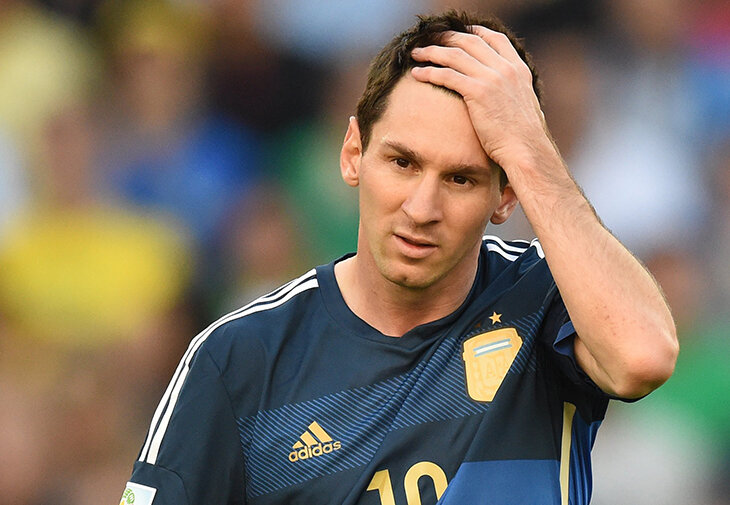 Therefore, Angel Di Maria dragged Argentina into the quarterfinals: he scored against Switzerland in the 118th after the transfer of Messi. Higuain already scored the Belgians in 1/4 – Gonzalo’s only goal in that tournament. Argentina won, but in the middle of the first half lost Di Maria: the midfielder was diagnosed with a torn biceps femoris muscle.

Without Angel, the Argentines defeated the Netherlands in the semi-finals (4-2 on penalties), but did not score goals. “He brings a lot to the team thanks to his speed, his technique, his vision of the field, his excellent interaction with Lionel Messi,” Alejandro Sabella explained the importance of Di Maria.

Real Madrid sent a letter demanding that Di Maria not play in the final. Angel tore it up without reading it – but still did not play: he did not have time to recover. “I went to Sabella and said through my tears that I was not 100% ready. I knew that he loved me, but Alejandro was looking for the best solution for the team. After that meeting, he decided to stage Enzo Perez,” Di Maria recalled.

In the final, Argentina could have scored without Di Maria – Higuain missed the best chance. Toni Kroos unsuccessfully threw his head in the direction of the gate, Gonzalo picked up and could jump out one on one. But he was frightened by the oncoming defenders and struck too quickly and inaccurately. A few minutes later he still scored, but from offside.

At the beginning of the second half, Higuain again struck wide of the goal. It seems that after that Leo was completely disappointed in his partners and tried to score himself – with the same result.

“In the 2014 final, Lionel Messi’s partners seemed to be waiting for him to decide everything himself,” Philippe Lahm recently recalled.

At the end of regular time, Miroslav Klose was replaced by Mario Götze, and then it’s history: in the 113th minute, Götze performed an acrobatic etude and brought Germany the world title.

After the final, the depressed Messi was awarded the “Golden Ball” of the tournament – but he did not care: “This award means nothing to me. The only thing I wanted was to win the World Cup.”

On Sunday, Lionel will have another try. Where are the rest of the Argentina 2014 team?