Kirill Artemenko is a friend of Sports.ru whom you already know from these Argentine notes . He lived in Argentina all this month, when the team went to the world title.

To watch the final, he went to the same bar in Buenos Aires where he supported Leo Messi’s team for the entire tournament.

Here are his impressions from the happiest country in the world, which all other countries are now jealous of. 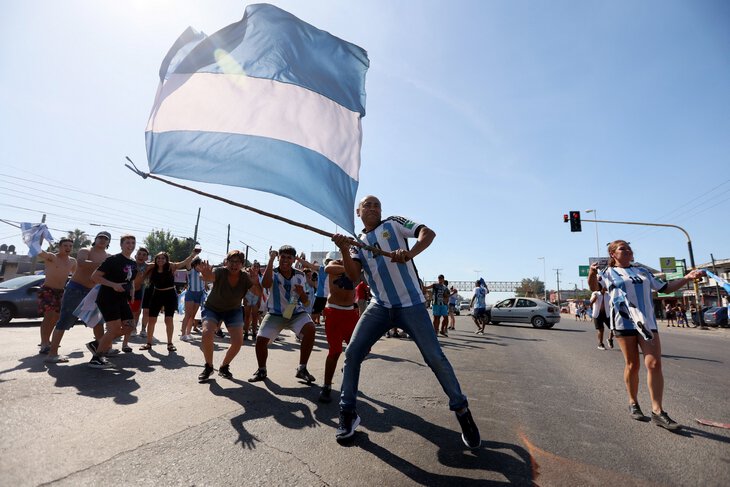 The World Cup captured Argentina gradually. I went to the same bar, so I saw: more and more people were added to the few regulars with each match. For example, when the Argentines played with Mexico, there were not very many people, I calmly found a place and sat down. Starting from the quarterfinals, it was no longer possible to sit down.

During decisive matches, especially at the final, people just stood around the bar right on the roadway.

In the bar itselfBy the end, they got a second TV. Initially, there was a poor plasma, and on Sunday there were already two screens: somewhere they found a second large one. In general, in Argentina, there is a lot of tension with technology, so this is an act!

Another sign of how football has captured everyone in general: friends sent videos from a very respectable restaurant, ladies sat there – and gave each other five and threw up their hands in victory when Argentina scored. Of course, they did not pour beer on each other, but at first glance it would not have been possible to recognize them as football fans. 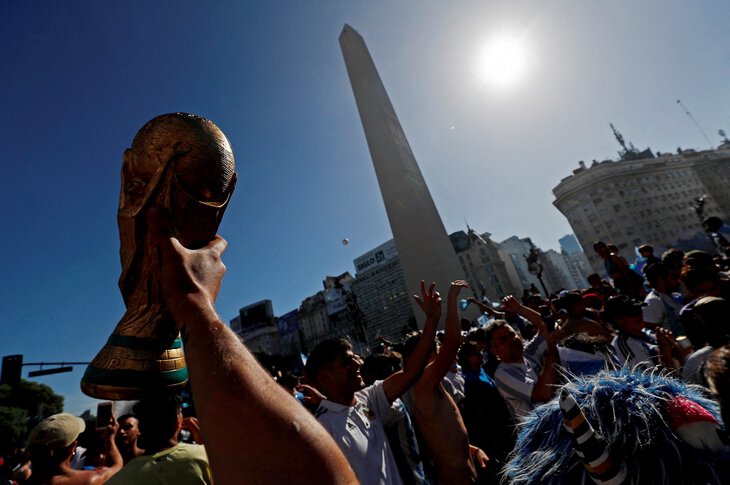 Although by Monday Buenos Aires had begun to live a daily life, people went to work – celebrations here and there on the streets still continue. 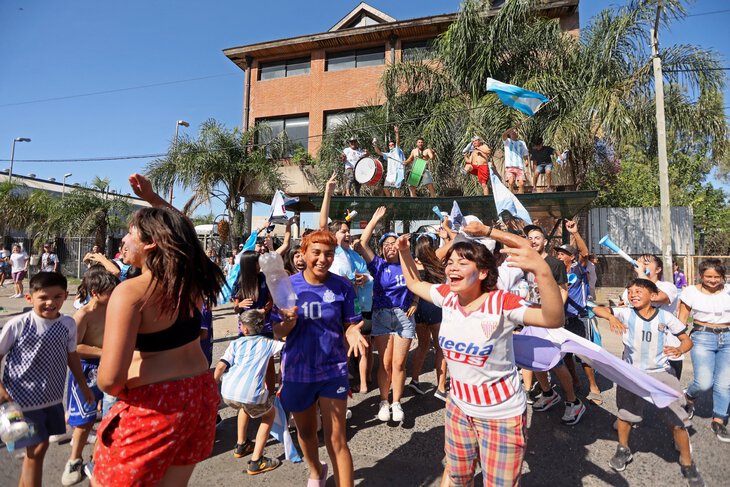 Just on the way to the airport, we passed the base where the Argentine national team usually lives and trains – the champions will be waiting there soon. There are already a lot of cheerful and friendly police officers around her, all of them are ready for the fact that a happy crowd is about to fill the entire highway nearby. Our taxi driver has already made up his mind that he will stand in a wild traffic jam, because he will meet other people at the airport, and everything around will be packed with fans. 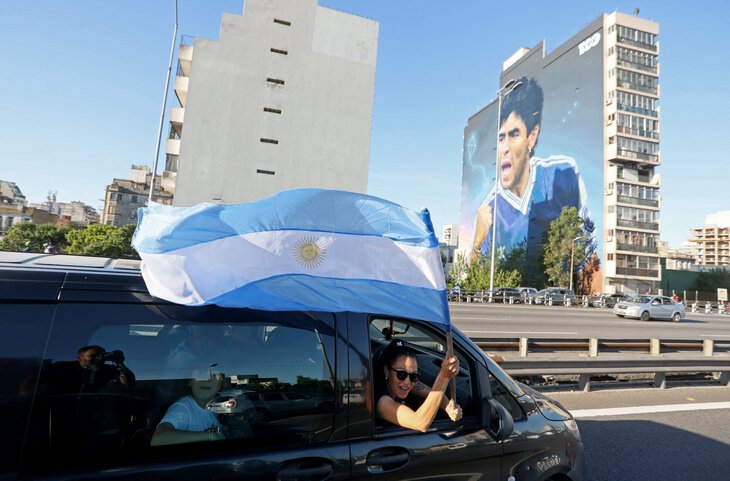 The city sang all night.

Whereinfootball festivities do not look intimidating. There are a lot of people with strollers in the crowd celebrating, and very few people who are very drunk. Everyone is a little tipsy and very happy. 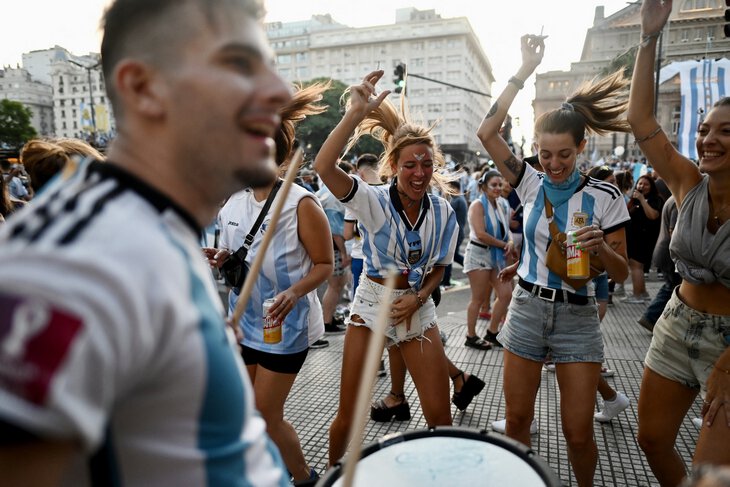 In the Las Heras park in the center of Palermo, laid out several decades ago on the site of a former prison and terribly popular today at any time of the day, there is no one half an hour before the final: no parents with prams, no dogs with owners, no sunbathers.

Only a fat man sits on a bench by the fountain. This is a table tennis coach who leads municipal classes for children in the park. The whole match he sits alone, bent over a folder of papers.

All around, after every year or dangerous moment, the streets roar. After the award ceremony, he leaves the park and walks along the sidewalk towards the flow of people singing “Muchachos”.

He gives children in Messi T-shirts drawings of the World Cup, which he drew one by one with colored pencils during the final.

The crowd at the little bar around the corner is crying and laughing.

The girls huddled at the screen, where the goalkeeper Martinez is crying. The caption on the screen is “the hero of the finale”. 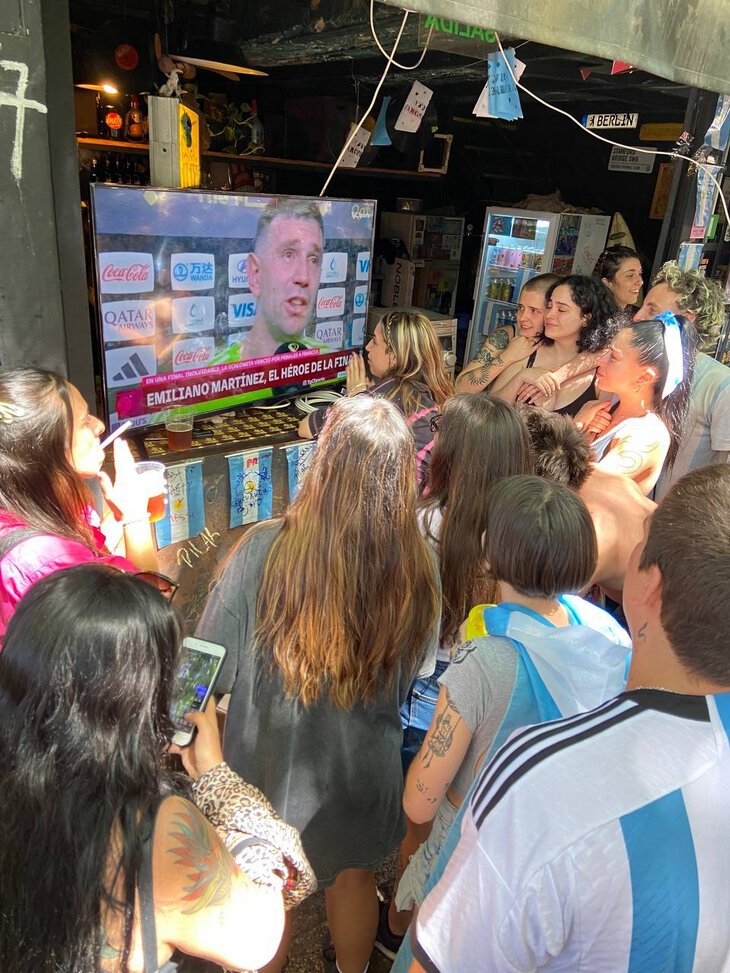 Suddenly, a gap appears in the dense flea market. Nowin a circle – a grandmother in a wheelchair, who was brought closer to the screen by an adult son (they are at the end of the video). People shake hands with her, congratulate, kiss, sing Abueela, abueeela. Grandmother watches the award ceremony with everyone.

Shreds of beer foam fall on the grandmother, which is sprayed by someone, crushing a plastic glass over her head. Grandma laughs.

Argentines always ask how you are doing along with the greeting.

You do not immediately understand that it is not necessary to answer: it is already clear to everyone that everything is fine. Todo bien. The sun is shining, trees are blooming, children are born.

To the question of the beaming neighbor in the elevator, this time I smile and say: how are you doing? He says everything is great! Adds: I am also very happy to see your smile! 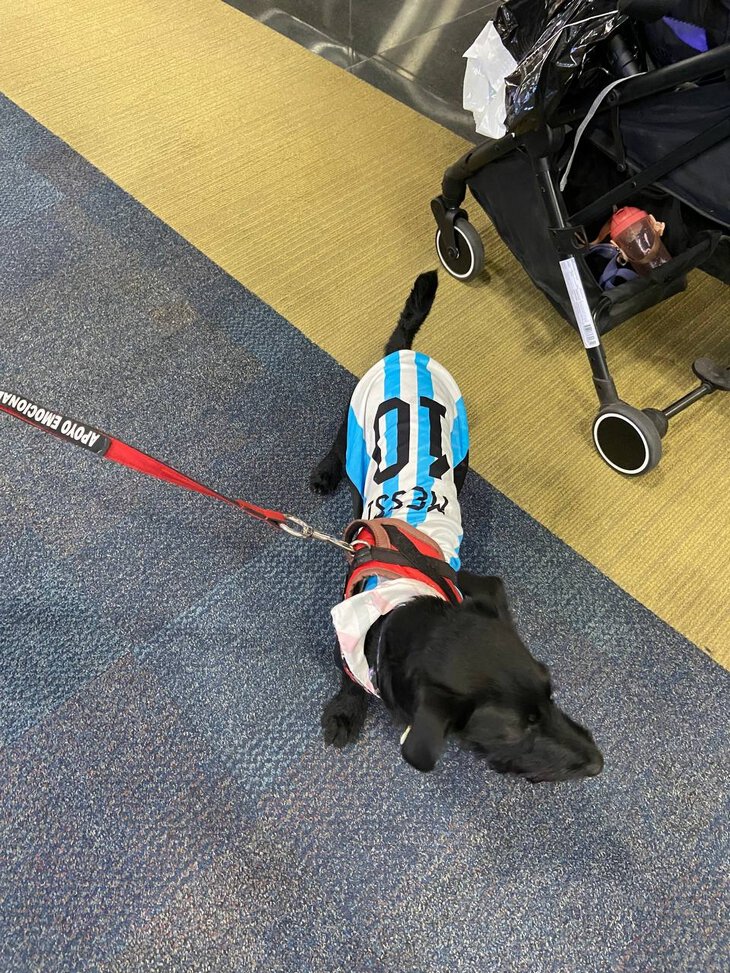