Zenit traded Yuri Alberto to Corinthians: they received two players in return and the right to buy the 16-year-old talent first

Gareth Bale’s career paradox: He scored with a bicicleta in the Champions League final, but there is a goal that overshadows the acrobatics against Liverpool. At the very least, they remember him no less.

Yes, we are talking about the destruction of Marc Bartra in the 2013/14 Copa del Rey final and the already legendary acceleration.

We tell the story of a sprint that cannot be forgotten in every detail. 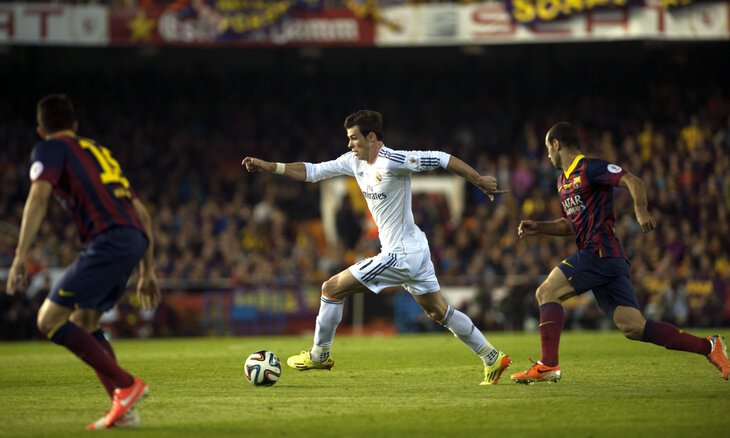 The 2013/14 Copa del Rey final was the second in a row for Real Madrid, having lost to Atlético a year ago. The match with Barça is scheduled for April 16, it was hot in La Liga: after 33 rounds, Atletico were in the lead with 82 points, Real were catching up with 79, Barca with 78. In the championship, Real Madrid lost twice to Barca: 1:2 at the Camp Nou and 3:4 at the Santiago Bernabeu. Now the battle on the neutral Mestalla was coming.

Real Madrid lost Cristiano Ronaldo due to knee and hip injuries. Barça’s goalkeeper Victor Valdez tore his crosses, and there were questions to the center of defense: Gerard Pique missed the match due to a hip injury, 23-year-old Marc Bartre was allowed to play only an hour before the match, fearing for his hamstring. Bartra later said that he did not train during the week and even on the morning of the match, and in the last minutes he did not have enough strength to accelerate. Due to pain in the hamstring, Barça also lost Jordi Alba – this happened right at half-time in the final.

Gareth Bale spent his first season at Real Madrid after a €101m transfer from Tottenham Hotspur. Scored a total of 15 + 12 goals + passes in La Liga, scored six goals in the Champions League (the best result in his career), the match with Barça became the fifth in the Spanish Cup – never before Gareth played so much in this tournament. True, he did not score until the final.

And he scored late in the final. By the 85th minute, the score was 1:1: Angel Di Maria from Alba opened the scoring in the 11th, Marc Bartra equalized in the 68th after Xavi’s cross from a corner, positionally defeating Pepe (then still with hair), who did not calculated the feed trajectory. 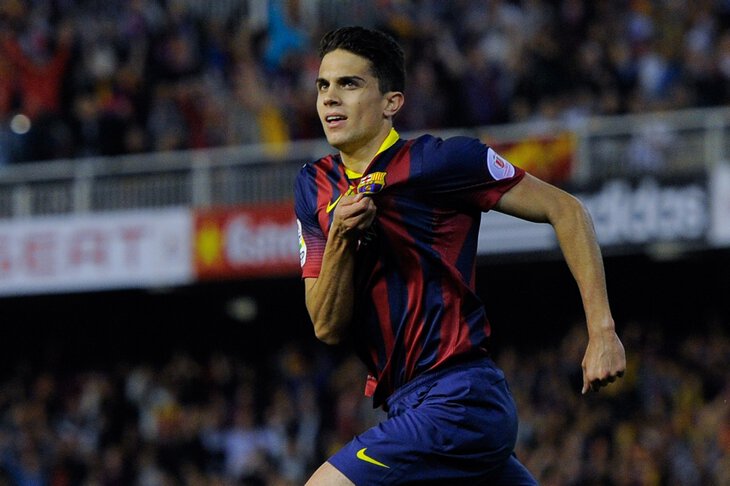 Bale was very visible. Even before the early goal, Di Maria found a couple of half-moments, and later successfully caught the rebounded ball in the support zone. Hitting from sharp corners is a classic of Bale’s surprise goals. But another favorite trick worked against Barça – branded acceleration.

With a 2-1 win, Real Madrid ended Barça’s run of five consecutive seasons in which the Catalans won at least La Liga or the Copa del Rey. In the championship, both top clubs did not overtake Atlético: they scored 87 points each, and Diego Simeone’s team – 90.

Carlo Ancelotti, for whom the 2013/14 Copa del Rey was the first coaching trophy at Real Madrid, later said that the victory over Barça was the most important impetus for the season finale. A week later, on April 23, Real Madrid won 1-0 in the first semi-final of the Champions League against Bayern, destroyed it 4-0 at the Allianz Arena in the second leg, and defeated Atlético 4-1 in the final with a goal by Sergio Ramos at 92:48 and a rout in extra time.

Bale’s goal details. The Barca coach admired that Gareth accelerated so much already in the 85th minute 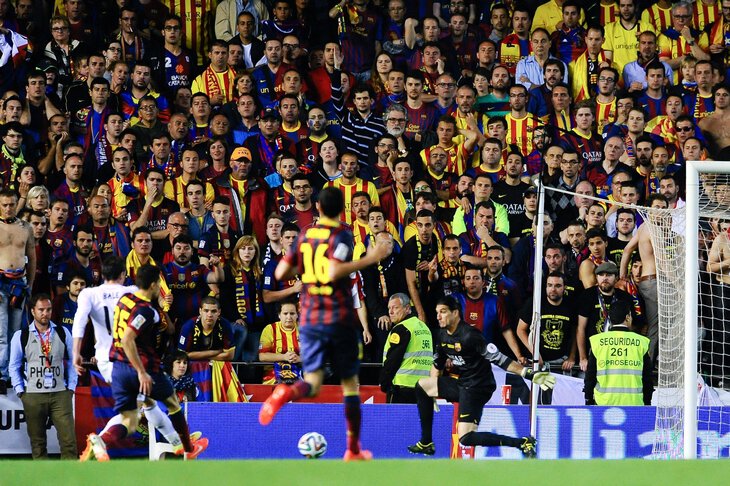 Still, without Marc Bartra, there would be no greatness. He unwittingly did everything in his power to make the moment go down in history.

In hockey hit Bale, got his elbow under the ribs, but did not think that the football touchline is different from the hockey protective glass. Bale did not imprint and just went to overtake on a more complex arcuate trajectory.

If Bale had swayed by that moment, Bartra himself would have flown away from him.

Mark also didn’t react to Bale’s bad touch after Gareth had already won the race. An ideal defender could probably orient himself, use his last strength to fly into a tackle, somehow stop Gareth, at least at the cost of a foul near the penalty area. But here Bale put the case and went on to the gate. With Bartra hanging on his shoulders – it’s even more epic. He would almost certainly have fallen off sooner if Bale had handled the ball better.

The fall of an exhausted Bartra after a missed one and a cramp in his leg is, of course, also strong. Bale respect at least for the fact that the legs still had the strength to run and celebrate.

Xabi Alonso admired: “I have not seen anything like it. Bale let the ball go far, he was met very hard, he was already running outside the field, if only to still overtake Bartra. Just awesome”. 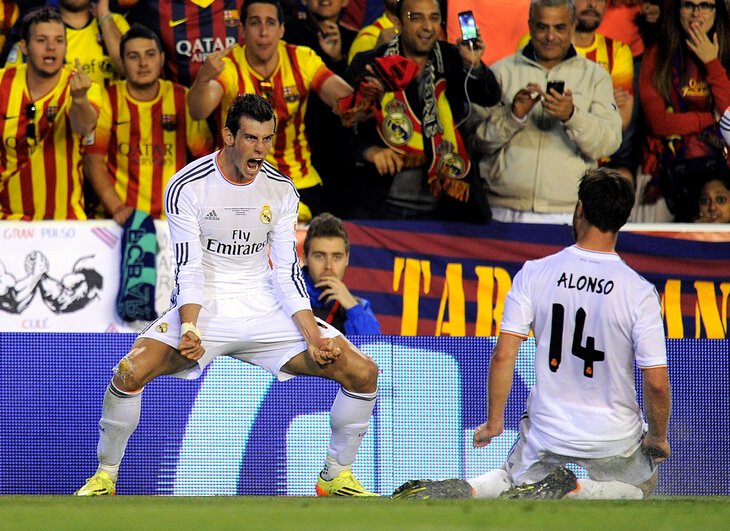 Barça coach Gerardo Martino noted another nuance – Bale accelerated so much already in the 85th minute, which makes the moment even more valuable: “It’s hard to realize that any player is even capable of such a sprint after a whole match behind.”

Usain Bolt said after the match that Bale had scored the goal every professional sprinter dreamed of. And he called Gareth the fastest football player in the world. Bale hit 34.7 km/h against Bartra, powerful, but not even a personal best. There are many numbers about Bale’s top career acceleration (up to 40 km/h), but GPS data in the official game recorded a maximum of 36.9 km/h, which still made him the most powerful acceleration of any footballer in the world.

Bale has always been fast. 14-year-old Gareth ran the 100 meters in 11.4 seconds and the 1500 meters in 4 minutes and 8 seconds at Southampton’s academy. The Welshman said that he had seriously improved his technique thanks to cross-country running, which he had been doing a lot since childhood.

Bartra believed that the goal was not his fault, but the merit of Bale. And included self-irony

On April 16, 2020, Iker Casillas streamed on social media with Marc Bartra as a guest. Exactly six years after Bale’s goal. It is difficult to say whether Casillas chose the date on purpose, but you understand what was most often written about in the stream chat. Eaker, of course, did not ignore the messages, but carefully asked Bartra if he wanted to talk about this topic, because it could be “unpleasant and tiring.” 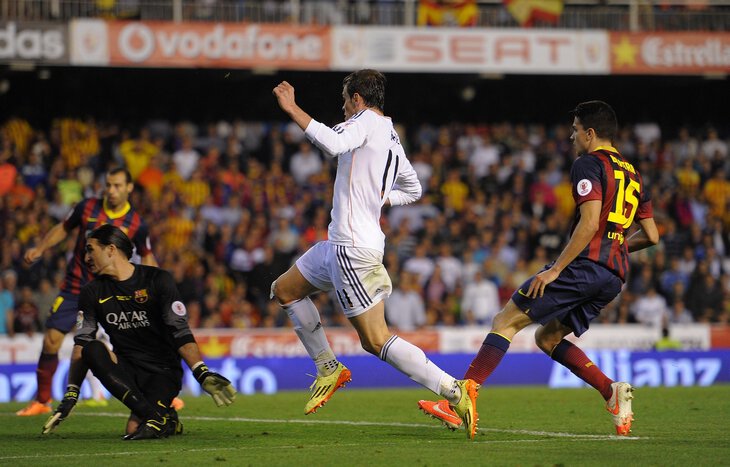 Bartra agreed. And I remembered a lot of worthwhile details:

“I went from a match hero to a total crap. When I managed to level the score, I thought that it would be one of the best games in my career. And then this episode… It was pretty damn hard against Bale. He’s too fast.

No need to explain how I felt. From the unusual – the annoyance that Vicente Del Bosque (then the main tournament of the Spanish national team – Sports.ru) is watching this match from the stands. On emotions, I thought that Bale now took and ended my career in the national team.

I also remember that Judge Mateu Laos was one of the first to approach me after the missed one. He encouraged me, told me to keep playing, that everything would be fine. It was unexpected.

I had a hard time dealing with what happened. He went from the bottom, for the first time he came out against Real Madrid. And here it is.” 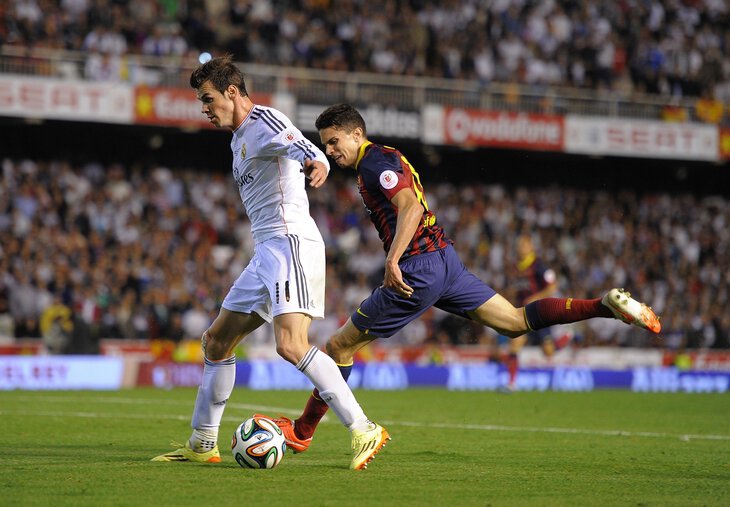 Bartra separately thanked Casillas for the fact that Iker came up after the match and cheered him up: “Then I realized that Casillas is a very good person. You just won an important title, but you found me, said kind words.”

There is a feeling that years later Bartra psychologically coped, and it’s not just the public analysis of the episode. In 2020, Bale posted a post on the social network with photos of the race and the goal. Mark came to the comments and asked: “Why didn’t you tag me in the photo?” The message was accompanied by an emoji referring to a meme with dancing coffin bearers.

In an interview, Bartra emphasized: “I don’t consider Bale’s goal my mistake. It’s more of a credit to Gareth. Any other player would have stopped after the contact, dropped to the ground and waited for the referee’s whistle, and rightly so, because there was no ball play from my side. But Bale did not stop. He was incredibly good.”

Bartra spent two more seasons at Barca (2014/15 and 2015/16), but did not become the main one, he continued to play for Dortmund, Betis and, from the summer of 2022, for Trabzonspor. Of course, his career could have turned out even more magnificent, but he was sometimes called up to the national team, he even went to Euro 2016 under the leadership of Del Bosque (departure to the 1/8 finals from Italy).

True, he did not enter the field.

What about Bale? Just compared Barça’s goal to Wales’ goal (must see that too!) 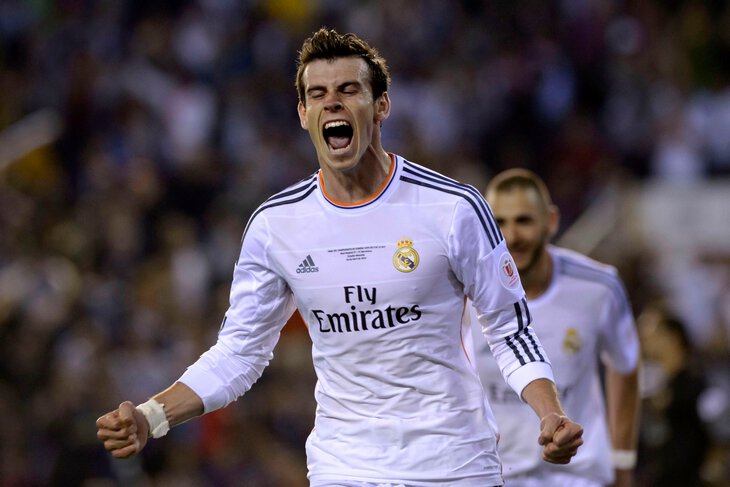 Immediately after the match, Gareth only stated the facts: “I accelerated well, but Bartra pushed me hard, trying to block the path. I had to go around it on a difficult trajectory. It turned out to be a great goal, but the main thing is that we won. I am happy to win my first title with Real Madrid in a fantastic atmosphere, a perfect evening.”

A bit later, Bale gave a more pithy comment: “I recently scored a similar goal for Wales. I also had to run around the opponent outside the sideline, I accelerated with all my might, if only after the jerk the ball remained with me.

As then, I did not look at Bartra at all. Just squeezed the maximum out of acceleration. I only looked at the ball.

And yes, Bale isn’t being shy about comparing Barça’s goal to Wales’. On March 5, 2014 (less than 1.5 months before the match with Barca), Bale scored in the same style in a friendly match against Iceland, fixing the final 3:1. Here the opponent fouled much more noticeably than Bartra, but Bale does not care. He rushes on.