On January 4, the Dakar bivouac shuddered – the riders returned from stage 4 and saw a fresh decision from the FIA ​​technical delegates: increase in the maximum power of the T1.U class by 8 kW (the new power will be 266 kW) from the 5th stage.

A T1.U is the Ultimate Prototype, built specifically for Audi’s electric buggies. The German manufacturer brought them for the first time in 2022, actively finalized the entire last year and generally invests heavily in their promotion and development – and here, in the middle of the raid, they essentially added an analogue of 11 hp. 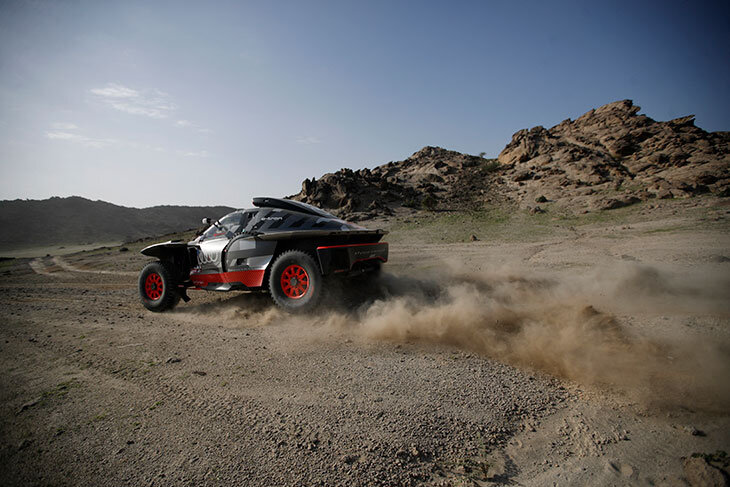 At the Dakar, for the first time, an electric car won. With motors from the “Formula E” – they completed the year and experienced the heat worse than the Arabian

Moreover, it’s not even to say that Audi couldn’t cope on its own: it won the prologue (an analogue of the qualification) and drove into the top 6 with all three cars. Further, its leader Carlos Sainz won the first stage and led the protocol, showed the third time in the second stage and seriously broke down in the third. However, one of the Audi crews (14-time Dakar champion Stefan Peterhansel) still remained in the top 5 and was only 7 minutes behind. Nasser Al-Attiyah took the lead in a four-wheel drive Toyota, while Peterhansel was third in the total (20 minutes behind). Sainz lost 33 minutes. At the time of the announcement of the decision after the 4th stage, the gap remained approximately the same.

Therefore, the bivouac was divided into two camps: the first criticized the organizers for the sudden change of rules in the middle of the distance, and the second offered to sort it out on the track, and not in the press or in social networks.

After all, Nasser and his navigator Mathieu Baumel reacted very violently: they posted the decision on the social network with devastating comments:

“What a surprise that our main rivals were given another 11 hp!!! – boiled Nasser . “Thank you for killing the race early.”

Audi did not remain silent: in a comment to Bomel, the boss of the Audi program, Sven Quandt, came and powerfully replied:

“Dear everyone, we can discuss this a lot, but all the top teams, including Toyota, agreed to accept everything, no matter what they decide. Audi would have accepted the same for anyone else.

Before writing such comments, Mathieu and Nasser, talk to the chiefs of Toyota, because we all agreed to accept this and not escalate controversy.

By the way, you lead by 18 minutes and tell everyone at every press conference that you know the “Empty Quarter” (the desert of Rub al-Khali – occupies a quarter of Saudi Arabia, that’s why it’s called – Sports.ru) as your home . And now you’re complaining! This is what real athletes look like?

“Mathieu, I did not expect you to choose a political path and write this. Maybe everyone should follow the agreements and methods of change that the teams have developed with the FIA ​​before the race, and trust them before making such statements.

Let’s race and let the FIA ​​do its job. May the best team win.”

Yes, as you understand, immediately after the first comments in the style of “what are you complaining about?” Baumel edited the original attack on Audi and the FIA. Nasser did the same – left punctuation marks:

And after the completion of the fifth special stage (which the Al-Attiya crew won), the posts with indignation disappeared from the social networks of the four-time Dakar winner.

“Everything is measured and controlled,” Sainz said of the rule change. “At first it was assumed that Audi would show a slight advantage, but it turned out that it actually didn’t exist. So welcome.

They have all the data on overclocking measurements and the differences between one car and another. I guess they found that we were losing something. I have always said: I do not need more power, I want equal cars: both in power and in weight.

Audi still playing along? They just level the cars – Toyota knew everything

The FIA ​​did not stand aside from the conflict and, after Nasser’s loud accusations, published explanations: It turns out that the initial power distribution was formed from simulations and test data, and during the raid, an advantage of the T1 + class (Al-Attiyah’s Toyota belongs to it) by 9.3 kW (12.6 hp) was discovered. At the same time, they did not even make up the whole difference.

Was there a run-up on the track? It may well be that yes, and even stronger than rivals suggest. For example, this attempt by Audi to climb a hill was captured by a helicopter camera lens:

The German electric car did not have enough momentum and dynamics – it had to go around and look for a more gentle place, although the rivals took the point by storm in a place unattainable for Audi. See the footprints in the sand?

Perhaps it is 11 hp. and it was not enough to repeat the trick and save a dozen or two seconds. And the entire multi-day raid with minute gaps includes hundreds of such moments.

In addition, there are just deserted stretches ahead, where power and its ratio to mass is even more important – so as not to get stuck in the sand. And here it is appropriate to recall that, in fact, the T1.U class, according to the rules of the same balance of power, was made 100 kg heavier than the T1 + (2100 kg versus 2000 kg), although Audi invested huge efforts in weight reduction. At Dakar-2022, the limit was the same for both classes, but the electric car drove with a serious excess of 200 kg. For the new arrival, the Germans cut off a tenth of the entire mass while maintaining the rest of the potential – but the work instantly evaporated.

The change in weight rules was a compromise over the difference in power (the previous Dakar was carried out according to the distribution of “402 hp for Toyota, 386 hp for Audi”), but still, complaints became the main leitmotif raid preparations:

“We went over the whole machine looking for every detail that could cut off a couple of grams,” said project manager Benedikt Brunninger. – There was a table in Excel for 12-13 pages. And we methodically cut off each one – however, the main gain in the end was due to the hull. For example, we found and cut a lot of double surfaces.”

“The team did a fantastic job, and the new rules came as a surprise,” Sainz said. – We will be 100 kg heavier, we will have about 5 kW less power (initially it was supposed to be half as much, as you can see – Sports.ru). It’s hard to understand.

I don’t like to argue. I don’t want to go into details, but I’ll just say that it surprises me when rules don’t help bold companies like Audi create new types of cars.

And Audi was very brave. Honestly, I don’t think their courage to make such cars for the Dakar is appreciated enough. This is not circuit racing. This is super-false even for ordinary mechanics, and even for such and such a machine, which looks like something out of science fiction!

We are talking about a car with four motors, a bunch of sensors, and a high-voltage part that cannot even be approached in the event of an accident – let alone touch. The two axles are separated, the front is not connected to the rear, the car has two center differentials. One is virtual, which gives a huge number of variations for tincture. We barely use the brakes because the engine braking works so well to replenish the charge.” 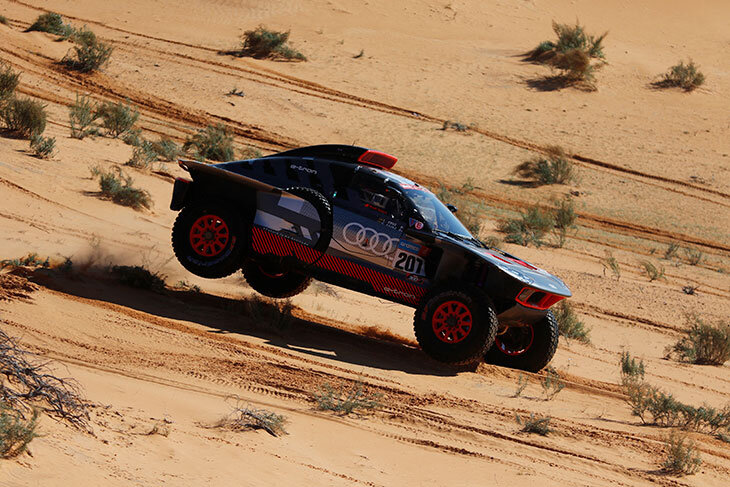 And Peteransel refused to complain:

“The power balance is always hard to find. I think if it will be determined by people from the FIA, it will be fair. I never say I’m happy or unhappy. We have rules to follow and perform as best we can according to them. You can waste energy fighting FIA decisions, but it’s an empty battle – it will never change anything for you.

The most important is the concentration on the development of the machine, the best performance with our solutions. We will see what happens, and there will be no comments on the balance of capacities.”

And you know who agreed with him? Toyota boss at the Dakar Glyn Hall:

“We have to trust the FIA: there are a lot of smart people there, and we have done a lot of joint research. Many different overclocking tests and many discussions about the parameters and operation of the motors.

Initially, the idea was to reduce the power of both classes by 30 kW to equalize with all the others. But in fact, we will actually find out the effectiveness of the rules on the third or fourth day of the Dakar. Some cars will have better acceleration, some will have better top speed, so maybe we should just try it as is and see how it works.

But the FIA ​​has definitely put in a lot of work and we have to trust them. We will see what happens after three or four days of Dakar and what will happen after that.”

He said this exactly a month before the start – and please, after the first three days, updates came on the fourth.

So maybe this is a whole new approach to working with “power balance”: cut more on a more equal area and return some horsepower in the zone with the advantage of rivals.

That is, everything worked as intended. It’s just that it’s always difficult for leaders to accept the loss of an advantage.