Will he return to professional football?

Artem Dziuba left the Turkish Adana Demirspor more than two months ago, a new transfer window has already opened – but there is still no new club. 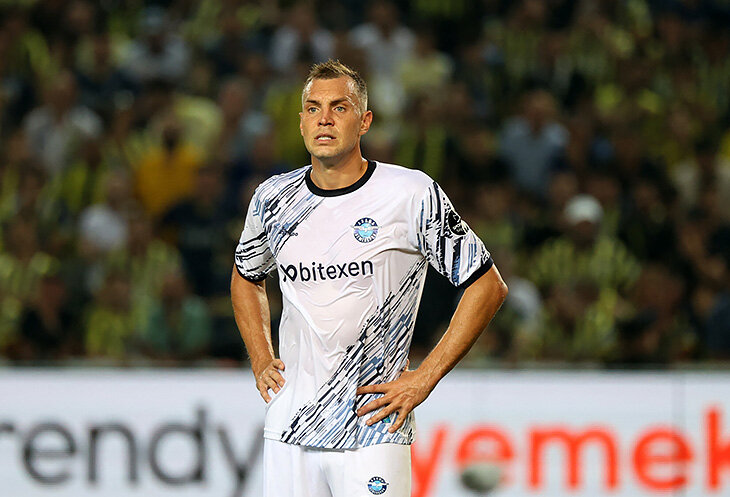 During this time, many publicly advised Artem to end football, and some even suggested other options for continuing his career.

Medialiga – the name was Pavlyuchenko, Match TV and the RFU team

Where else should the invitation come from in the first place. The Media League definitely needs such a bright character.

•‎ The head coach of the Match TV team Denis Zubko said: “We are waiting for Artem in the team. What conditions? You need to talk to the president of the club. Is Dzyuba guaranteed a place in the starting lineup? No, there is competition. I don’t know if it can be added now.”

Roman Pavlyuchenko, who plays for Match TV, is also in favor: “If he is not needed in the RPL, we are waiting for him in the Media League.” 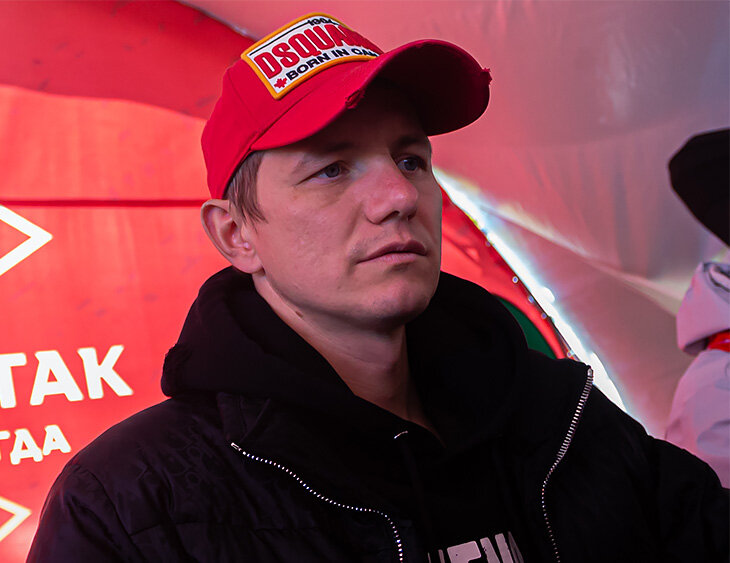 •‎ The RFU team even prepared a uniform for Artem. “The T-shirt is ready, the offer has been made, we are waiting for a response from Artem,” Our Guys reported in the telegram channel.

The ex-defender of Spartak Roman Shishkin, now playing for Our Guys, joined in: “It seems that it’s time for Dziuba to join the Medialiga. I think he has already played enough football, Turkey has shown it.”

•‎ But the founder of “Amkal” German Popkov argues pragmatically:

Martial arts – Khryunov offered Dziuba to fight with a tough guy, and Emelianenko is even ready to go against Artem

The MMA industry is also open to Artyom.

• In early November, promoter Vladimir Khryunov offered him a fight with a tough guy hockey player:

“I heard that Dzyuba is temporarily unemployed. We will find an opponent for Artyom. I know that he is into martial arts. He has endurance. His termination of the contract is an invitation to perform as part of the Fight Club show. Possible rivals in the ring for Dziuba? I think that Dziuba can also pull a professional athlete. Alexander Emelianenko? No. For example, a tough guy hockey player.

• Alexander Emelianenko himself, by the way, is quite ready to fight Dziuba – he offers him, ahem, unusual conditions. 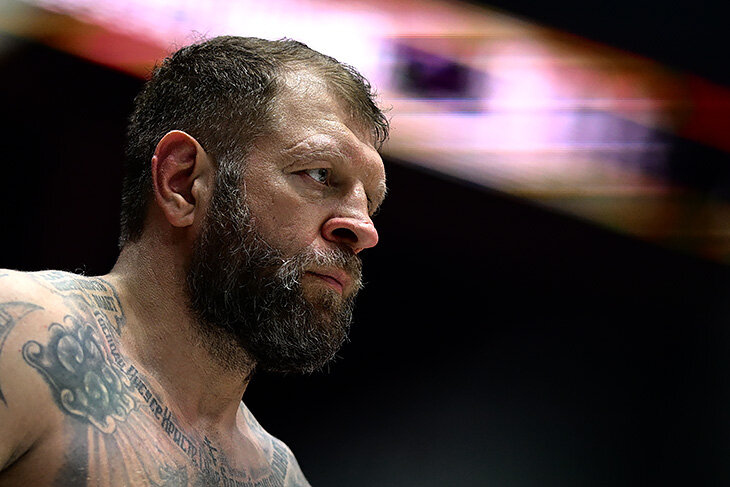 “He has a great opportunity to challenge me to a fight and somehow prove himself in boxing. He needs to come out against me to fight in a different way than everyone usually fights – stand, hope to throw some kind of blow. Dziuba needs to sit on his feet and work with his feet. Put on gloves and work.

Dziuba has absolutely no chance – it’s like I’ll go out and play football against him. I will fill the ball, try to circle it. But if they offer a fight with him, I will agree: the popularization of sports, a healthy lifestyle. Well, for all the fans who believed in the players, but they did not justify their hopes – he will get a good uppercut, ”said Emelianenko.

True, then Emelianenko nevertheless clarified that he did not call Dzyuba for a fight:

“Emelianenko – Dziuba. Things are starting to get serious! I answer the commentators and those who have already given interviews on this subject: Alexander Emelianenko did not call anyone, he gave an answer to Khryunov’s interview. And Dzyuba’s coach and part-time coach Alexander Volkov generally suggested that “Emelianenko wants to hype on Dziuba’s last name.” Although, judging by the requests of Yandex and Google, Dziuba needs to hype.

From the main near-sport show in Russia, they are also interested.

Producer Ilya Averbukh and coaches Alexander Zhulin and Alexei Mishin talked quite seriously about Artyom’s prospects in the Ice Age .

•‎ “Would Dziuba have succeeded in the Ice Age? No idea how he rides, if he ever tried. If he played hockey, it would have worked. Dziuba is a coordinated guy, physically strong, he could have succeeded. The guys who wanted to: Vanya Skobrev, Lesha Yashin and Dima Sychev – tried themselves. But for this you need to want. We need to talk to Artem first. For God’s sake, we are waiting for him, ”Zhulin supported the idea. 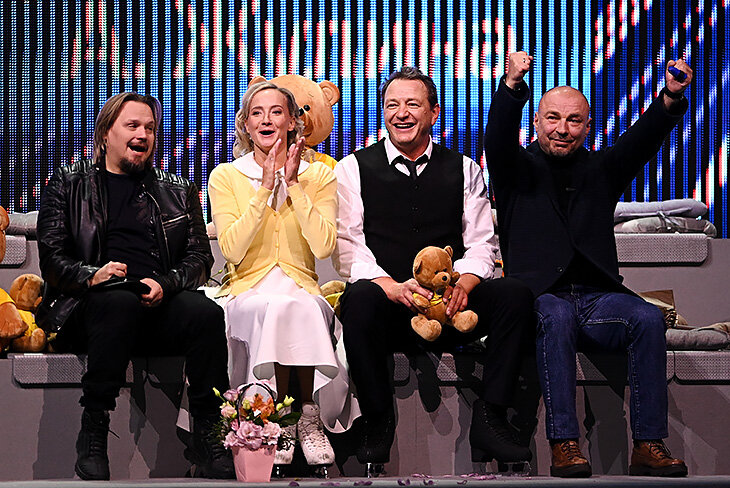 •‎ “Ruslan Nigamatullin skated in our project, we remember how great Dima Sychev skated. Artem’s participation would no longer be a premiere, it could be the third player in the Ice Age. We also had Kostya Tszyu from among the athletes, our former Minister of Sports Pavel Kolobkov. I think Dziuba would really look good in the Ice Age, he is a bright character, original and independent, ”said Averbukh.

“Theatres worked in besieged Leningrad. If it is black all around, then people will become black.” Who and how does the “Ice Age”?

•‎ “I like Dziuba for his originality. And if a person is extraordinary, he will be extraordinary everywhere. And on the football field, and in the Ice Age, and even in the kitchen, ”added Mishin.

Guberniev sent Artem to the university, and Anton Ivanov called to the Comedy Club

There are plenty of other options too.

•‎ Dmitry Guberniev, for example, sends Dzyuba to get an education : “Let him go to study, now is the time. Let him go to university and study.”

•‎ Ex-defender of CSKA Vladimir Ponomarev in a rather rude form sent Dziuba to act in films :

“He needs to end his career immediately! He can’t play football. I forbid! Do not embarrass yourself! Let him go to coaches or act in films! In the RPL, he will not be taken to any team. No one will pay him money, no coach will take him. This will have serious consequences.”

•‎ Comedy Club resident Anton Ivanov (you may know him from the trio “Ivanov, Smirnov, Sobolev” and the duet “Cattle”) promised that he would invite Dziuba to the program and, perhaps, help him become a comedian :

“I think the fact that Dziuba has not yet been to the Comedy Club does not depend on whether he is in the club or not. Sooner or later we will definitely call Artyom. Maybe we’ll come up with something together, especially since we are well acquainted, and there have already been such attempts – why not.”