Even changing the image did not help.

On the evening of December 16, the REN TV Fight Club tournament took place in Moscow, in the main battle of which Alexander Emelianenko fought blogger Svyatoslav Kovalenko. If you look at the names, it seems that this is a frank mismatch – Emelianenko is much more skilled. And even harder: at the weigh-in, Alexander showed 110 kilograms – 26 more than the blogger.

In fact, an amateur middleweight who had just begun to engage in martial arts came out against Emelianenko. At the same time, Kovalenko was considered the favorite – the coefficients sank after the weigh-in, where Emelianenko did not appear in the best shape. And Svyatoslav, on the contrary, had a good series in pop-MMA, where in the last fight he defeated Artem Tarasov. 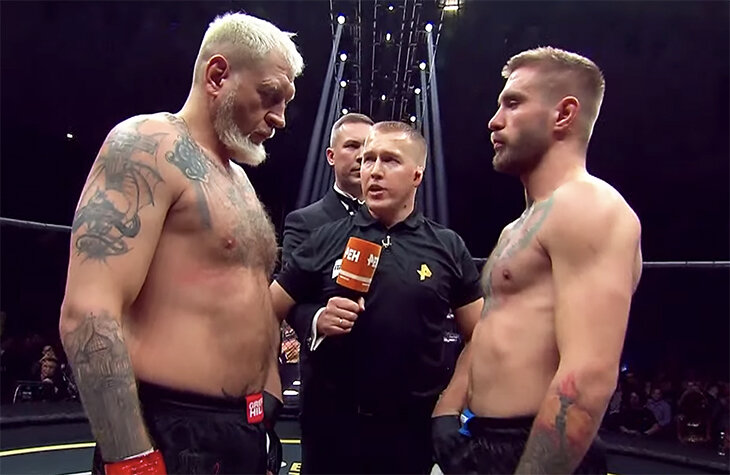 Emelianenko in the cage looked like a pensioner – slow, with white hair and a beard. Kovalenko knocked down Alexander twice, and it was sad to watch

Emelianenko is already 41, and he has lost a lot: the reaction, the speed of the hands have disappeared, and it is getting harder and harder for the veteran to hold the blow. In the last fight, Alexander was knocked out by Vyacheslav Datsik in 13 seconds. At the same time, Emelianenko was in good physical shape – even the famous cubes were visible. And in a duel with Kovalenko, he looked bad outwardly – he again swam with fat and could hardly move.

Emelianenko entered the cage under the track with the repeated words “Uncle Sasha”. So Kovalenko called him before the fight – the blogger repeated that it was an honor for him to fight with an eminent opponent. And Svyatoslav can be understood, because in pop-MMA he has not yet met with such fighters.

The first round began with a clinch – Kovalenko tried to transfer Emelianenko, but to no avail. Already in the first minute it became clear that the fighters would not show a beautiful fight. Kovalenko should not be criticized – he is a blogger, not a fighter. Svyat only recently began to engage in martial arts, but he was not afraid and went up against an eminent professional who is almost 30 kilograms heavier. Kovalenko beat the veteran backhand, sweepingly – with a mill, as they say. At the same time, even in such street style, he managed to hit Emelianenko – throwing sweeping overhands at the target.

As for Emelianenko, he was very bad. It seemed that the fighter was fighting at a speed of 0.5x. He walked behind Kovalenko, who retreated to the net, and sometimes threw sluggish runs. Often they hit the target, but still did not impress – although the round turned out to be close. 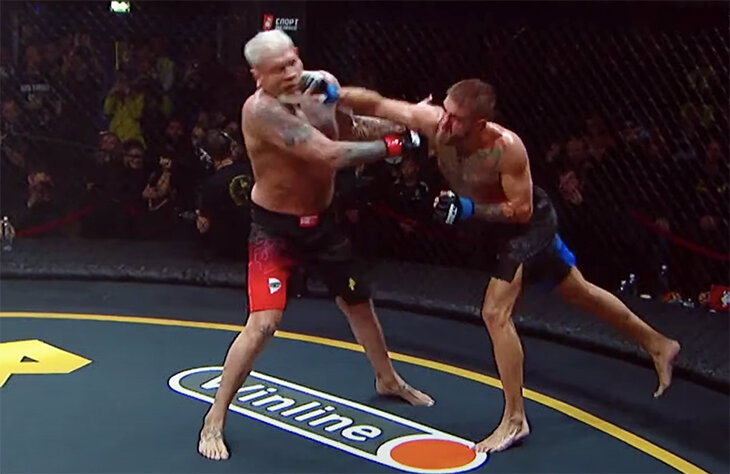 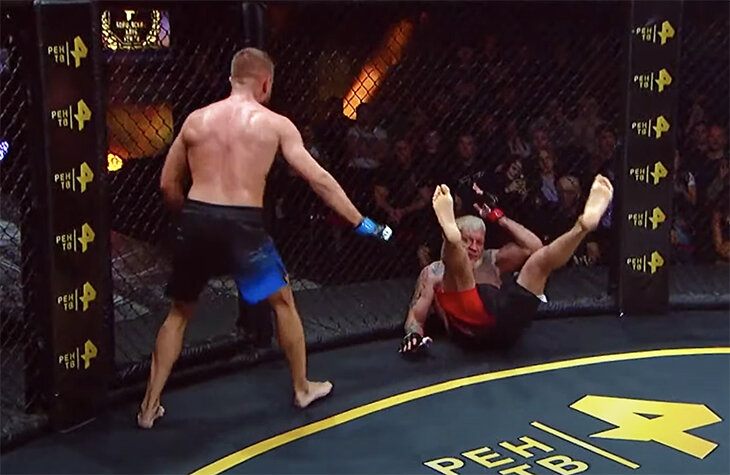 In the second round, everything was repeated: Emelianenko was chasing Kovalenko on foot, throwing punches, to which the blogger responded with overhands. But suddenly Svyat exploded and flew at Emelianenko with furious blows, which he did not expect. Alexander was taken aback and collapsed onto the canvas, where Kovalenko began to finish him off. But the blogger did not succeed (in the fight there was a 1-minute limit on groundwork), although he broke Alexander’s face. At the end of the round, Emelianenko was more active and hit more, but failed to knock down his opponent.

In the third round, Kovalenko hooked Emelianenko in the first minute, and he again fell to the canvas. Unfortunately, now Alexander falls from almost any accented blow. Emelianenko again lay under the blogger for a minute, but when he got up, he himself knocked down the opponent. There Svyatoslav wanted to catch the veteran in a triangle choke, but unsuccessfully. 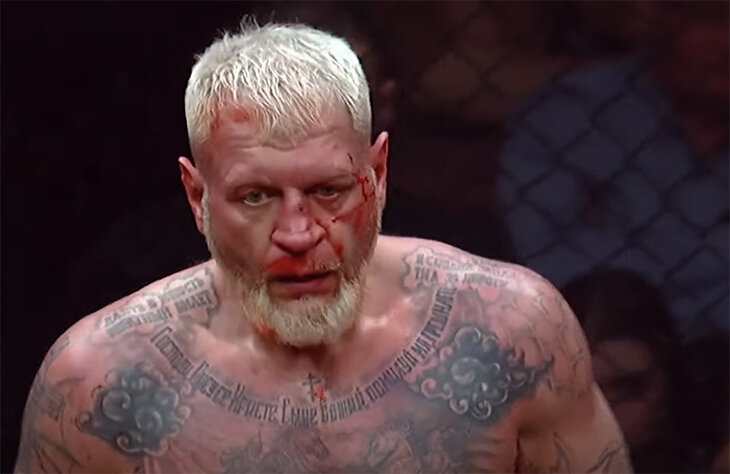 After the fight, Kovalenko smiled sarcastically, and Emelianenko = congratulated on the victory. When Svyato heard that the decision of the judges would be separate, he was surprised. But it was he who was chosen as the winner – to the displeasure of Emelianenko and his team.

“I feel great. I feel like I didn’t lose this fight. I had more hits, Svyatoslav had one more transfer to the ground. And so, I didn’t feel any serious hits, ”Alexander said after the fight.

Kovalenko can only be praised – he wins in pop MMA, and now Emelianenko is in his record. But dark times are coming for Alexander – he shows such bad fights that you no longer want to watch them. It is difficult to say what kind of opponent Emelianenko needs now to win. Probably, Alexander will not succeed even in pop-MMA – his best years are behind him.