C champions will take more than all outsiders in total. 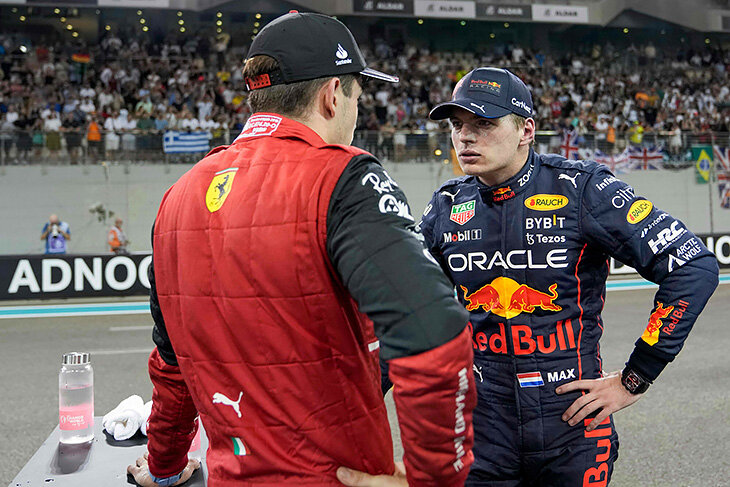 The outsiders in Formula 1 have an interesting advantage over the top teams. The fewer points you score, the less you will have to pay for participation in the new season.

The amount of the entry fee for each team is calculated depending on the number of points scored in the previous season. The base fee for one Formula 1 team under the Participation Agreement is $617,687 . Also, the team must pay $6,174 for each point earned according to the results of the season (that is, you won’t have to pay for points lost due to fines, for example).

For Constructors’ Championship winners, the payout for each point earned is $7,411 . Because of this, the Red Bull entry fee turned out to be so large that it can cover the costs of six teams from the bottom of the table at once (from McLaren to Williams). “I didn’t realize how much we would have to pay the FIA ​​for the points. The score was amazing,” joked Christian Horner at the FIA ​​Gala awards ceremony.

And “Mercedes” has slipped to the third line of the offset, so it will pay a million less than a year earlier. Nearby, the Ferrari is quietly sad: the title has sailed away, and you will have to pay $ 1.5 million more for a new battle.

Racers also have to part with big sums: they are spent on the main document in their racing career – a super license for admission to the Grand Prix. Verstappen will break into the 2023 season with a record!

By the way, if a racer who has taken off from F-1 decides to get a super license anyway, he will still have to pay for the points earned for the previous season! Therefore, admission for formally third pilots Mick Schumacher or Daniel Ricciardo will be more expensive than for combat debutants Piastri and Sargeant.

Good news for Max: Red Bull have pledged to bear all the costs. “As far as I know, it is written in his contract that we have to pay for a super license,” said Helmut Marko.

It should be noted that the number of points scored in races directly depends on the number of races in a season, and F-1 every year seeks to increase the number of weekends in its calendar, dooming drivers and teams to spend more and more money. And let’s not forget about inflation: the cost of the base contribution and each point increases every year.

Sebastian Vettel expressed his dissatisfaction with the pricing policy of the championship: “Absurdity! I don’t know how common this is in other sports. And there are more and more races, but no one talks about it.”

It remains only to summarize the phrase of Hamilton (aka. the unspoken motto of “F-1”): “Money rules.”

But look how cunningly Verstappen structured a record contract with Red Bull! In addition to the 35+ million fee and huge bonuses, he also has such hidden benefits that cannot be calculated in advance and included in the data for Forbes, but how much money they save!

In total, teams and riders will pay $27 million for formal races in 2023. Where does this money go? For the basic organization of racing and refereeing for the FIA: paying for infrastructure, procedures, ceremonies, ordering cups and so on. Moreover, the Federation has its own opinion on the amount of contributions: for example, the 2021 racing regulator ended with a deficit of $ 20 million . So a new price increase is inevitable