It’s all about the promise of the local Mother of God.

Argentina is one step away from winning the World Cup – ahead of the final against France. If you manage to win it, it will be possible to consider that the team of Leo Messi has lifted a big curse.

Have you heard of Tilcara’s Curse? We tell. 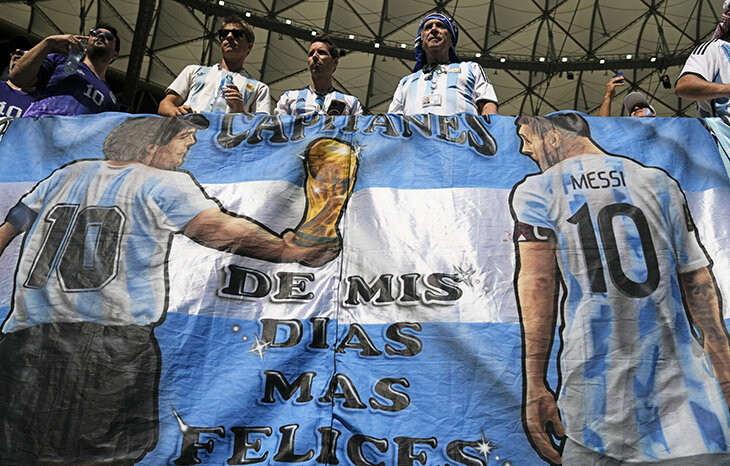 The Argentines promised Our Lady to return to the small town if they won the 1986 World Cup. But didn’t come back

The Argentina national team under the leadership of Carlos Bilardo qualified for the 1986 World Cup, which was to be held in Mexico. In January 1986, the team held a ten-day mini training camp in the small town of Tilcara in the Argentinean province of Jujuy in the north of the country. The reason is the highlands, which are as similar as possible to the relief of Mexico (Tilcara is 2460 meters above sea level, Mexico City is at an altitude of 2240 meters), for faster acclimatization of the national team.

Diego Maradona and Daniel Passarella were not with the team: the clubs did not let them go. They were not the only ones: Carlos Bilardo brought with him only 14 national team players.

In the town of Tilcara (4 thousand inhabitants) there is the Church of the Blessed Señora Rosario, where some believing football players of the Argentina national team went on the eve of a trip to the tournament.

There they promised Our Lady of Copacabana (Bolivian patroness: Tilcara is located on the border with Bolivia) that if Argentina won the 1986 World Cup, the whole team would come to Tilcara the same year and thank Our Lady and the local people for hosting the national team.

In that tournament, the Argentines won: it was then that the “Hand of God” and the “Goal of the Century” happened (both in the quarterfinals against England), and Argentina itself did not suffer a single defeat and took the cup.

However, after the victory, the Argentines did not return to Tilcara for a year: it is believed that after that a curse hangs on the team, according to which the team will not be able to win the World Cup until they return to Tilcara. 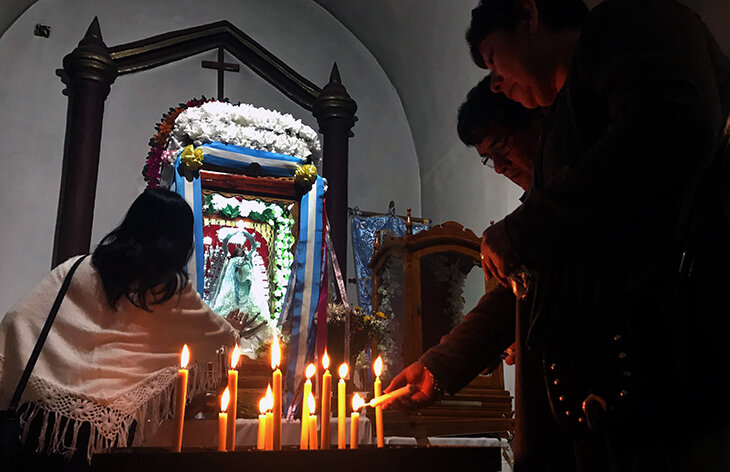 Since then, Argentina has reached the final twice, but lost both times. At the same time, the team took other trophies: three America’s Cups (KA-1991 in Chile and KA-1993 in Ecuador) and the King Fahd Cup, the predecessor of the Confederations Cup (KKF-1992).

For some time, this story faded into the background, but twenty years later it was remembered: it all started with the president of the Argentine Football Federation, Julio Grondona, who sent a replica of the World Cup trophy to Tilcara before the 2006 World Cup, on which it was written: “From of Argentine Football Our Lady of Copacabana with eternal gratitude for the blessing that helped Argentina win the 1986 World Cup.” The replica is now kept in the Church of Our Lady of Rosario in Santa Fe.

Before the 2010 World Cup, a website was created that collected thousands of signatures to encourage the 1986 world champions to come to Tilcara. The answer came only a year later: the owners of that trophy, Sergio Batista and José Luis Brown, offered to send the T-shirt of the national team to Our Lady of Tilcara.

In 2011, Batista and Brown went incognito to Tilcara and visited the very Church of the Most Holy Señora Rosario and the Museum of Our Lady in the hope of ending the curse. Along with this, they handed over to Our Lady the promised Argentina jersey. However, at the next World Cup, Argentina lost in the final.

The 2014 World Cup was not marked by any specific actions on this topic, and at the last matches of the Argentina national team before the 2018 World Cup, a banner appeared in the stands with the inscription “World Champions 1986, keep the promise: return to Tilcara.” 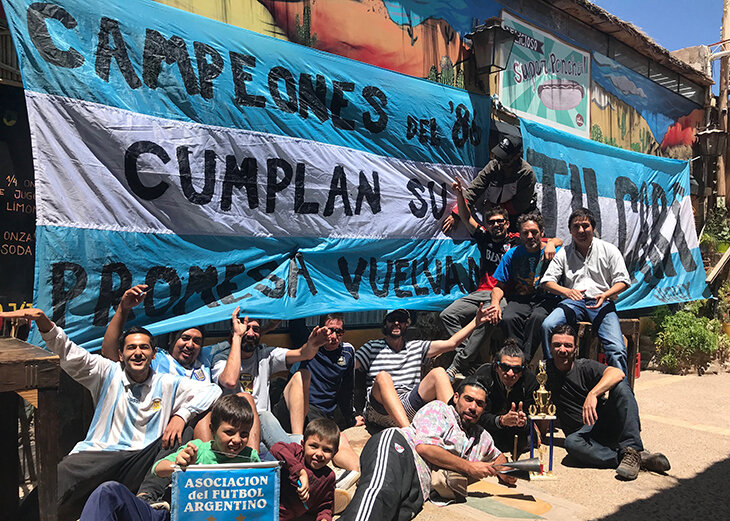 Right before the 2018 World Cup, some of those champions still went to Tilcara: they held a joint promotion with the Coca-Cola company as part of the international leg of the World Cup Tour. Before the start of the tournament in Russia, the trophy visited 91 cities in 51 countries and still reached Tilcara.

The action was preceded by such a poster. The organizers even shot a video in which they talked to local residents and showed some archival footage from the first visit of the players to Tilcara.

This is the same church where the Argentine footballers went to in 1986. 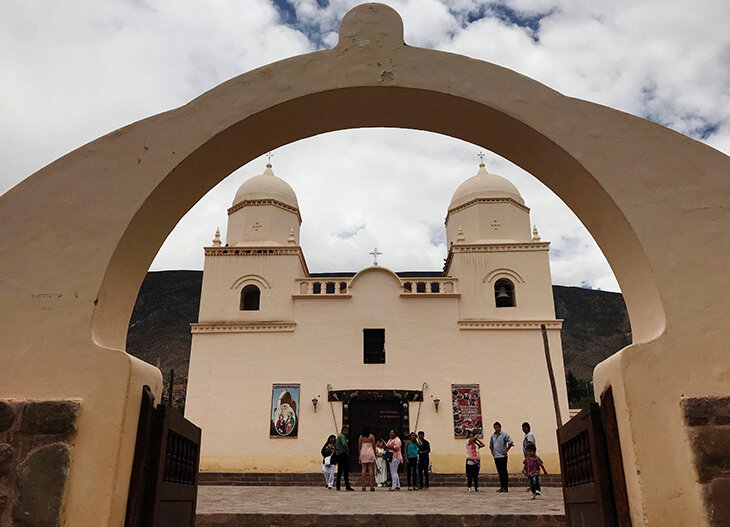 After the long-awaited visit, the Argentines loomed with hope for success at the 2018 World Cup in Russia. However, this did not help: the Argentines flew out to 1/8 from France and were again left without a victory in the tournament.

Now there is hope for those who came to Qatar.

It is still unclear if there was a promise. The players and the coach deny, the locals claim that there was

There are different versions of the story. The players themselves, along with Carlos Bilardo, denied any legends associated with the curse.

Neri Pumpido, during a trip to Tilcara, denied everything: “We did not promise anything. Came back here to say thank you.”

Carlos Tapia generally claimed that the Virgin in Tilcara did not initially appear anywhere: “There were no promises about Tilcara. We said that if we win the tournament, we will return to Our Lady of Lujan (a city 68 kilometers from Buenos Aires – Sports.ru), and we did it. The [Coca-Cola] company told us to take part in the trophy tour before the World Cup in Russia, and that’s how we ended up in Tilcara. Eight champions came to see if we could be champions again, we had memories and we visited the people who were with us in 1986.

We wanted to look nice, keep the promise that everyone was talking about, that Argentina would win the World Cup again, as all Argentines want, but in reality there was no promise.” 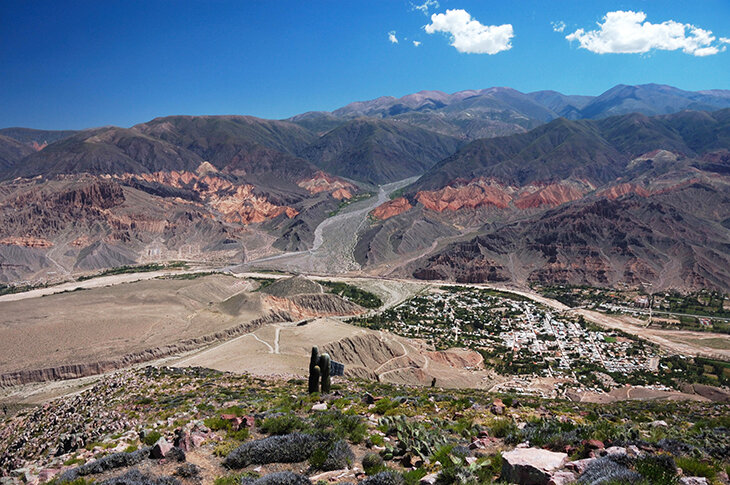 Head coach Carlos Bilardo before the 2014 World Cup in Brazil also spoke on this topic: “I got a call from there, I told them that this was not the case. I went to the local church in the evenings, there was a Uruguayan priest, but neither I nor the players made any promises. When I promise something, I do it. I even called several players and asked if they did it: everyone answered no. I would go there without any problems, but it is impossible to take 40 players to Tilcara, as they ask.

But local residents of Tilcara claim that the players did make a promise. Sarah Vera, who helped the team during their stay in the city, recalled: “The coach of the Argentina national team made me a promise: if we win the World Cup, we will return and thank Our Lady on our knees.”

Another local resident, David Gordillo, who was found by the authors of the documentary, claimed: “The players said then:“ If Our Lady is so miraculous, we will ask her to help us at the World Cup, and we will be grateful to her for that. This was done in an informal setting. 32 years have passed since then, but they still have not arrived. Each of us is convinced that this is why the national team cannot win the World Cup.”