Editor ‘s Note: An urgent note from the Worlds in Winter blog – the boys don’t have tickets to the final, but they’re still in Qatar. They were going to the fan zone, but getting there was not so easy.

On Saturday, we went to our last match of the 2022 World Cup, we don’t have tickets for the final, but we initially decided to watch Argentina – France in the main fan zone of the World Cup.

Already in the morning, the organizers, ahem, pleased: a push came from the official application that the fan zone would open at 16:00 – that is, two hours before the start of the match. We planned to arrive there at least three hours in advance in order to calmly go in, we did not change the plan, but we decided that we would have to queue at the gate.

True, it turned out to be much worse:in the subway on the way a terrible crush. 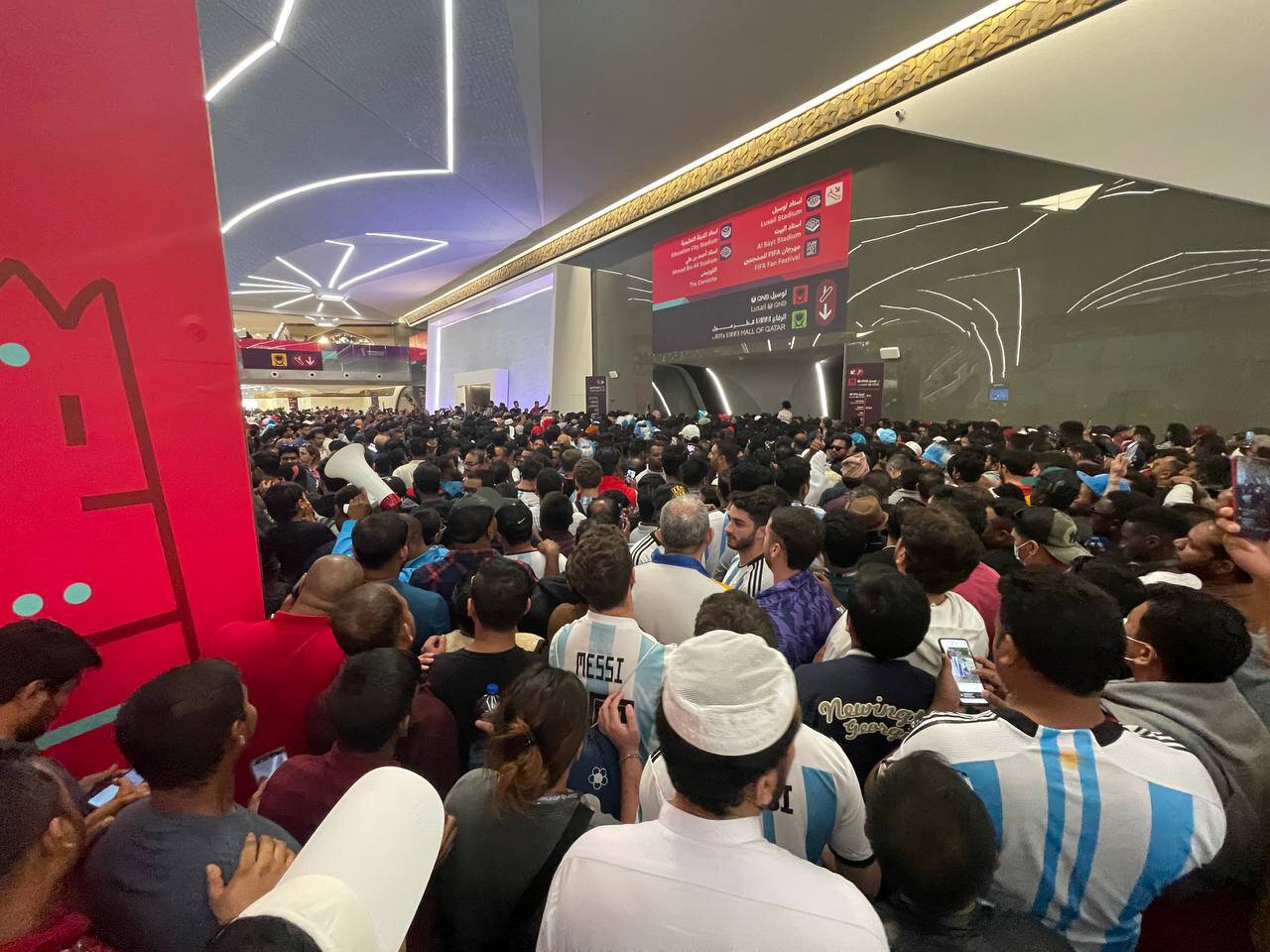 The thing is that Lusail Stadium, where the final will be played, is located on the same subway line as the fan zone, so people have to use the same transfer station to get there.

The stadium is the largest, under 90 thousand, tens of thousands are also placed in the fan zone – it is logical that in the previous days of the World Cup there was not such a large simultaneous concentration of people around these points, but the fact that on the final day everyone will need this particular node – seems to have been obvious beforehand. For some reason, the organizers did not take this into account, hence the horror.

Someone in this crowd is screaming, someone is crying – it’s hard to convey in words how scary it was to be around. 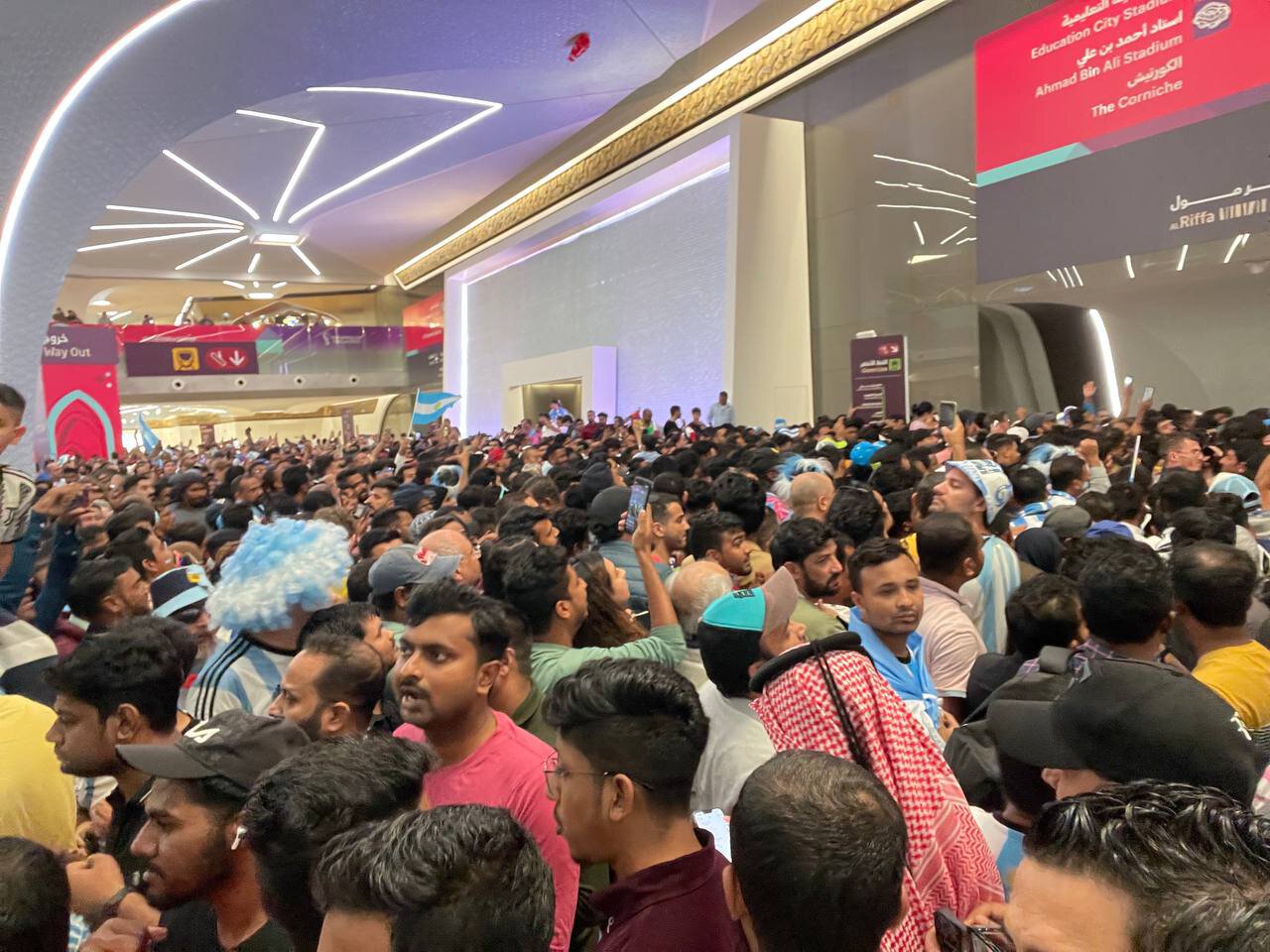 At the same time, local metro employees still tried to shout to the crowd and convince them that the elevators at the station are only for women, children and families, and all men need to go to the escalators.

Naturally, no one was listening, because everyone was trying to get out of the crush in any way possible. 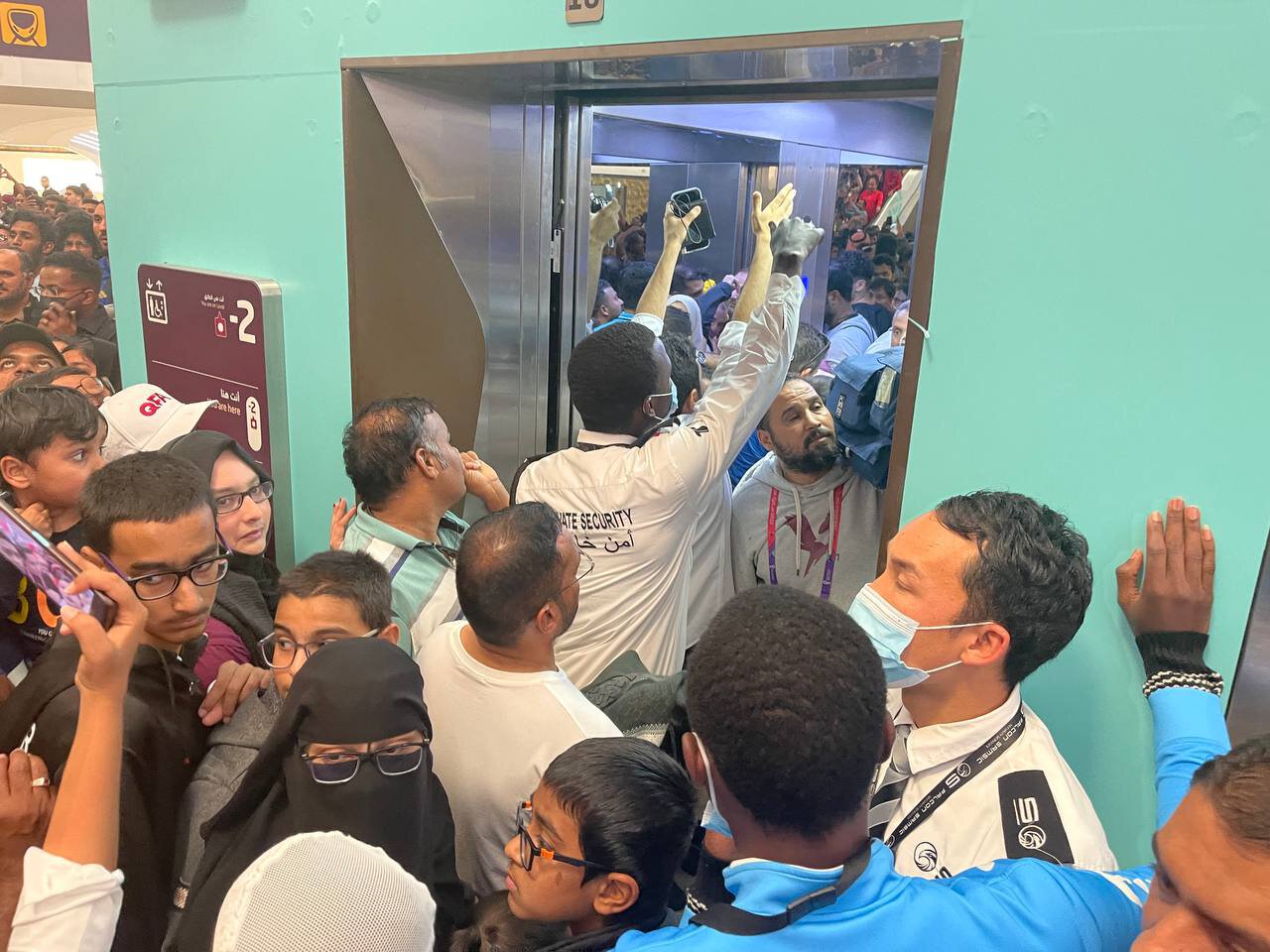 We hung around at the transfer station for about 20 minutes, in the end we decided not to risk it and not to climb into the most dangerous places – into the crowd, from where it was not clear how to get out.

We decided to drive back three stations in order to get into a free car there and be already inside when the train pulls up to that platform, where there is a terrible crush, a huge number of people.

At some point, the mobile Internet completely went down, but in general, our workaround plan was a success – we reached the desired station. In the place where there is a terrible crush, it was at the entrance to the car that everything was more or less under control: the metro employees who are responsible for entering at the train doors did a good job: people did not push each other, they entered tightly, but everything went relatively calmly.

True, when we got to the station, where the fan zone, we were greeted with a shout announcement that FIFA FanFest, that is, the fan zone, was already closed because it was overcrowded – although at that moment there should have been five minutes left before it opened, at least that’s how it was written in the very push we started with.

When we approached the fan zone, we also saw a crush  and many thousands in line – we decided not to even try to climb into it, it’s scary.

Let’s go watch the final on the embankment, there are a lot of screens.