Jackson, Wyoming (CNN)Former President Donald Trump’s campaign to purge the Republican Party of his opponents could reach its most dramatic moment of the 2022 midterm election cycle on Tuesday in Wyoming.

Rep. Liz Cheney, the vice chair of the House committee investigating January 6, 2021, who was booted from her House leadership position and censured by the GOP organization in her state after voting to impeach Trump, faces the Trump-backed Harriet Hageman and three other candidates in the GOP primary for the state’s lone House seat.
A Cheney loss would be a demonstration that — despite the evidence publicly presented by the House committee and the FBI’s search of Mar-a-Lago last week in a separate probe — Republican voters remain loyal to Trump, who’s suggested it’s a matter of when, not if, he launches a 2024 presidential bid.
Meanwhile, in Alaska, a Trump ally, former Gov. Sarah Palin, is attempting a political comeback. And a Republican who voted to convict Trump in his second impeachment trial, Sen. Lisa Murkowski, faces the first of what’s likely to be a two-round showdown with a Republican rival backed by the former President.
Here are six things to watch in Tuesday’s elections:

Cheney is the last of the ‘impeachment 10’ to face voters

Most of the 10 House Republicans who voted to impeach Trump following the insurrection are not returning to Congress next year.
Four of them (Reps. Anthony Gonzalez of Ohio, Adam Kinzinger of Illinois, John Katko of New York and Fred Upton of Michigan) aren’t seeking reelection. Three (Reps. Jaime Herrera Beutler of Washington, Peter Meijer of Michigan and Tom Rice of South Carolina) lost their primaries earlier this summer. 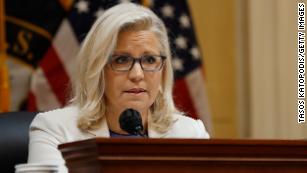 Cheney tries to hold on in tough Wyoming primary reshaped by Trump
The only two who have survived — Reps. David Valadao of California and Dan Newhouse of Washington — did so in part because their states hold all-party primaries, where the top two vote-getters advance to November.
close dialog
That leaves Cheney as the last of the 10 to face primary voters.
Trump endorsed Hageman, a lawyer and former Republican National Committee member who has embraced his falsehoods about election fraud as well as hammered Cheney for her focus on the former President.
To pull off what would be a stunning victory, Cheney is relying, in part, on support from the Democratic and independent voters who once opposed her. Her campaign sent information to those voters on how to change their party registration to vote in Tuesday’s GOP contest, and she has focused her campaigning in the race’s final days in Jackson Hole, the state’s only heavily Democratic region.

What if Cheney loses?

If, as recent polling suggests, Hageman defeats Cheney on Tuesday, the question becomes: What are Cheney’s next moves? 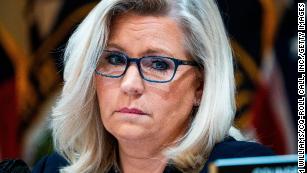 Why Liz Cheney is likely on her way to a major defeat
As one of two Republicans on the House select committee, the three-term congresswoman is poised to play a crucial role in the coming months in the investigation into the insurrection and its causes.
Cheney would not discuss her future political plans in a recent interview with CNN’s Kasie Hunt. But she said she will do “whatever is necessary” to keep Trump from becoming the GOP presidential nominee for a third consecutive election in 2024.
She said she intends to be “a big part of making sure that we protect the nation” from Trump, whether she wins reelection or not this year.

Murkowski’s first round vs. Trump-backed challenger

Trump has also set his sights on Alaska Sen. Lisa Murkowski, the only one of the seven GOP senators who voted to convict Trump during his second impeachment trial who is up for reelection this year.
Trump is backing former Alaska Department of Administration commissioner Kelly Tshibaka; he traveled to Alaska to hold a rally for her in July.
However, Alaska’s unusual nonpartisan primary system — the top four finishers, regardless of party, advance to the general election — means that both Murkowski and Tshibaka are all but certain to advance to the November contest.
Retired educator Patricia Chesbro, who is endorsed by Alaska’s Democratic Party, is also widely expected to advance. The fourth spot is a jump ball, with 16 other candidates in the race.
Murkowski’s family has held her Senate seat for more than four decades. Her father, Frank Murkowski, was elected to the Senate in 1980 and appointed his daughter to fill his seat in 2002 when he was elected governor.
Lisa Murkowski has held the seat since, winning her most dramatic victory in 2010, when she lost the Republican primary to Joe Miller but then became only the second person (after Strom Thurmond in 1954) to ever win a Senate seat via a write-in campaign.

Will Sarah Palin win a seat in Congress?

Alaska is holding a special election Tuesday to fill the remaining months of the term of the late Rep. Don Young, the Republican who represented Alaska in the House for 49 years until his death in March.
The race pits Palin, the 2008 Republican vice presidential nominee who has not appeared on a ballot since that election loss, against Nick Begich III, the Republican scion of the state’s most famous Democratic political family.
Begich, who received the Alaska Republican Party’s endorsement in the race, is the grandson of the Democratic congressman of the same name, who disappeared on a flight in 1972, and the nephew of former Democratic US Sen. Mark Begich. 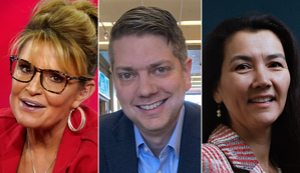 Alaska voters are casting ballots in two separate elections for the same seat. Here’s how it works
Also in the race is Mary Peltola, a Democratic former state representative who was the fourth-place finisher in the June special primary. Peltola, if elected, would become the first Alaska Native in Congress.
Independent Al Gross placed third in the primary, but he subsequently dropped out of the race and urged supporters to back Peltola.
If none of the four candidates tops 50% on Tuesday, ranked-choice voting kicks in — a system that could work against the Trump-endorsed Palin.
She is likely to receive the most support — but she could also face the most hardened opposition in a state that hasn’t forgotten her 2009 decision to resign from the governor’s office midway through her only term. Palin has been largely absent from Alaska’s political scene since then.

At the same time Alaska is choosing someone to fill its House vacancy, its voters will also be selecting four candidates to advance to November’s general election to decide who will hold that seat for a full term.
Some of the candidates are the same. Palin, Begich and Peltola are all on the ballot in this primary, although the dynamics could be slightly different because a fourth candidate will also move on to the general election.
Republican Tara Sweeney, an Alaska Native backed by the state’s powerful Native-owned corporations, was the fifth-place finisher in the June special primary and could be best positioned to win the fourth spot that advances to the November general election for a full term.

Another competitive top-four primary to watch in Alaska pits the current governor, Republican Mike Dunleavy, against his independent predecessor, Bill Walker.
Walker, who was elected in 2014 but dropped his 2018 reelection bid to back a Democrat who lost to Dunleavy, is backed by some Democrats and moderate Republicans who tout his decision to expand Medicaid and his opposition to restrictions on abortion rights.
Though the Dunleavy-versus-Walker showdown is seen as the one likely to decide the race’s outcome in November, several other candidates are in the race, including Les Gara, a Democratic former Alaska state House member. Other Republican contenders include Kenai Peninsula Borough Mayor Charlie Pierce and Christopher Kurka, a state representative from Wasilla.
A top-four field that is likely to include Dunleavy and Walker will advance to November’s general election.