The NBA is bursting with crazy performance. And, actually, what happened?

Chelsea snatched Mihail Mudrik from Arsenal: €70m plus potentially €30m in bonuses. The Athletic spoke with Shakhtar CEO Serhiy Palkin to find out the details of the most expensive transfer in the history of Ukrainian football.

We have selected the most interesting episodes.

Arsenal played by the rules, Chelsea showed up at the last moment

It started with the fact that Arsenal broke the rules: they came to Mudrik a month and a half earlier than to Shakhtar. I started talking to the player himself back in October-November. Only then intensive negotiations with the club started – three meetings and very frequent phone calls:

“Have we filed a formal complaint with FIFA? No, they did what they did. I said, “Okay, you contacted him, but first of all you have to close the deal with us,” Palkin explained. – Mikel Arteta, Oleksandr Zinchenko and the sports director (Ed) called almost every day or every 2-3 days.Many got the impression that Mudrik was going to Arsenal, as the club contacted him and then Mikhail started watching some of the team’s games.”

Shakhtar are sure that it was only a visual impression, in fact, Mudryk was not that close to Arsenal.

Chelsea managed faster: the bosses contacted the club, quickly flew to Antalya for negotiations and intercepted the player.

The Shakhtar CEO said that he received a call from Chelsea at the end of December asking if they could contact Mudrik directly because they were interested in him. Palkin didn’t mind. The first direct contacts are the end of December or the beginning of January, only then the club communicated with the agent and closed the deal.

“When did I realize that Mikhail would go to Chelsea? On Saturday, when Chelsea arrived in Antalya [Shakhtar hold training camps there]: co-owner Behdad Egbali and transfer director Paul Winstanley, says the boss of the Ukrainian club. – Until they arrived, I didn’t think they were close to a transfer because I had the same conversation with Arsenal as I did with Chelsea. I will even say that I met Arsenal more than Chelsea. Therefore, before this last meeting, Arsenal are a little closer to this deal than Chelsea. 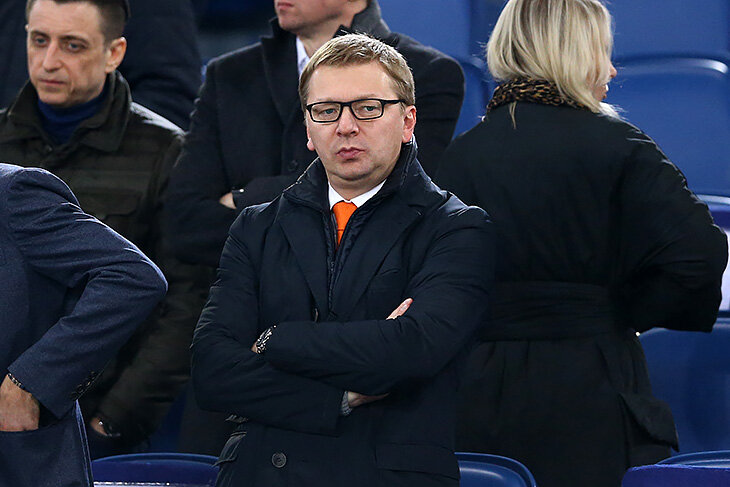 Chelsea and Arsenal offered the same amount – but were going to pay differently. Bonuses tied to Premier League and Champions League wins

Contacts with other clubs were, but not serious, says Palkin. He clarifies that the two main bidders offered the same amount (70+30 million euros). But the payment terms differed.

The head of the club admitted that before the arrival of Chelsea in Turkey, they almost agreed with Arsenal that there was no chance of closing the deal. When discussing how the 100 million would be divided into mandatory payments and bonuses, the conversation reached an impasse – Palkin told Ed that the transition would not take place.

“It was the same number [as Chelsea]. Fixed part, variable part, bonuses, – Shakhtar’s boss confirms. – But inside the fixed part and bonuses, everything was very different. Different payment schedule, different types of bonuses.Bonuses should be achievable and realistic. In this regard, Chelsea proved to be much more serious and fair in some respects.

They called and said: “We know that you have been negotiating with Arsenal and are close to some figures. We want to meet.” I told Mudrik, “If I don’t sell you in the winter, we will definitely sell you in the summer. And maybe in the summer you will cost even more. We were ready for different scenarios. We wouldn’t be rushed.”