The result is destruction.

The long-awaited fight between Alexander Shlemenko and Magomed Ismailov took place at the RCC 13 tournament. The fight was postponed several times, and after the defeat of Storm at the end of August, it seemed to Alexander Ilich that he might not meet Maga.

Still, the duel was appointed, and the audience definitely did not regret it. After all, Shlemenko and Ismailov put on a real show, arranging a five-round cutting, in which Magomed was stronger. 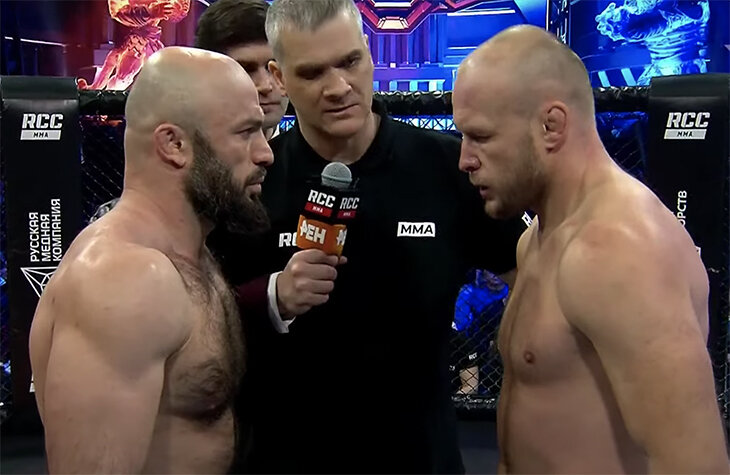 How did Shlemenko and Ismailov approach the fight?

Ismailov approached the high-profile fight as a favorite, because everyone knows: Shlemenko is a strong striker (albeit an old one), but he always had problems with the fight. And Maga, on the contrary, got most of the victories on the ground, especially in the early stages of his career. However, in recent years, Ismailov has greatly improved his striking technique and even wins in boxing (for example, Ilic, who knocked out Shlemenko in MMA in 20 seconds).

Before the fight, Ismailov said that he wanted to compete with Alexander in the standing position in order to show a spectacle for the audience. Maga admitted that in his youth he looked up to Shlemenko, who then already successfully fought in the USA. But the Dagestani was offended by Alexander’s words that the drummers are stronger than the wrestlers. And at the RCC tournament, Maga decided to fight on the field of a Siberian to prove that he also knows something.

Ismailov warned that his boxing was underestimated: strikes were considered clumsy, forgetting that because of this, the opponent did not expect them. Therefore, Ismailov fights less (it exhausts him greatly), more and more often trying to knock out. And from the first rounds of the fight with Storm, Ismailov was as aggressive as possible in the stance and strove for a knockout.

All the brightest of the battle: why is Ismailov’s victory a rout?

In the first two rounds, Shlemenko looked noticeably worse: he missed a lot, rarely counterattacked, and it seemed that he was saving his strength. It looked like the Siberian believed that Maga’s stamina was weak, so he lured the Dagestani out, and he closed himself and tried to get out of the exchanges with minimal losses. But Ismailov hardly fought, so he did not spend as much energy as, for example, in a fight with Mineev. 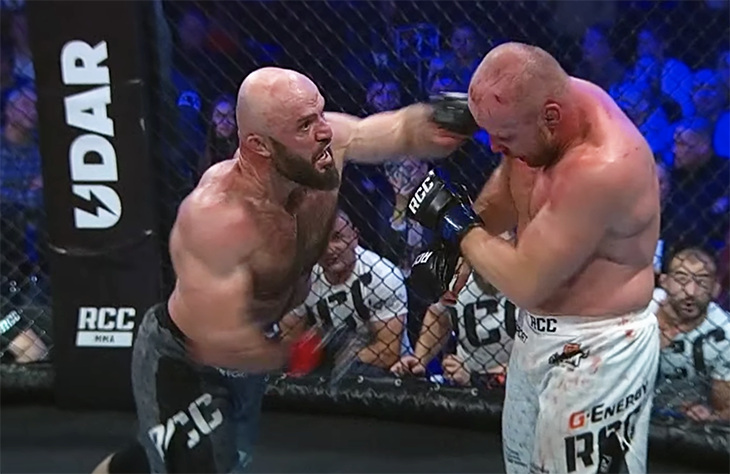 And in the Mage’s stance, he has already proved that he can fight at a long distance – in the same box. 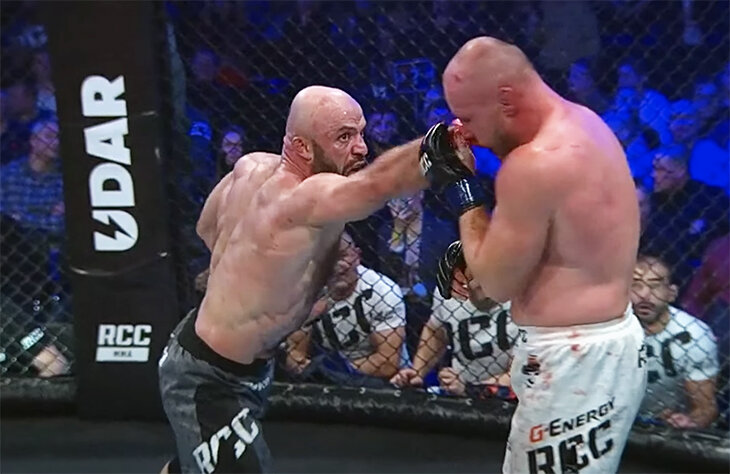 In the third round it looked like the fight was leveling off. Butevery time Shlemenko started to put pressure and throw out multi-hit combinations, Ismailov took a breather, after which he came down with a new portion of accurate shots. The fourth round also went with the advantage of Ismailov, and in the fifth, pure madness began.

Shlemenko and Ismailov rolled up the cabin from the first seconds. Then they took a short break for a few minutes, and at the last they staged a real bloody show. For some reason, this minute reminded me of the famous fight between Rory MacDonald and Robbie Lawler in the UFC – just with lower speeds and a lower percentage of efficiency. But in terms of emotions, it was incredible – Shlemenko and Ismailova just stood opposite each other and cut themselves. At the end of the round, Shlemenko’s mouthguard constantly flew out of his mouth, and he delivered a high-kick on Maga after a stop, because of which a point was deducted from the Siberian. 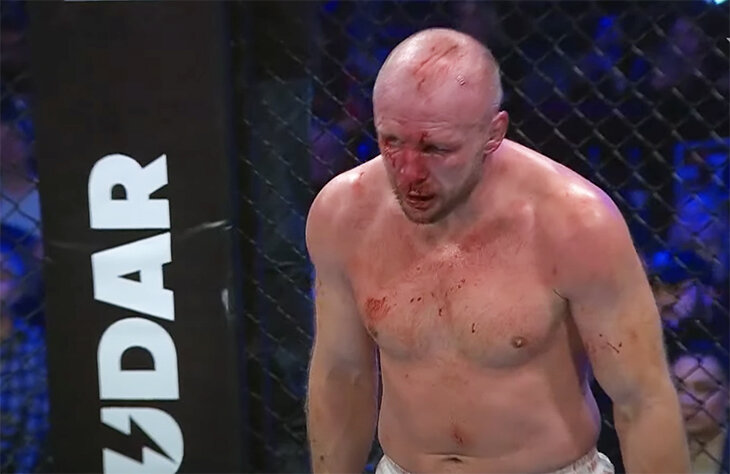 Ismailov won by unanimous decision – with a crushing score of 50-44. Shlemenko did not agree at first – it seemed to him that he definitely did not lose. However, Alexander later relented and admitted that he lacked a little, but he would come back stronger. Although this is hard to believe: in the last three fights, the Siberian has not won a single victory – it seems that his best years are behind him.