While we were watching the World Cup, it was more difficult to follow the RPL. To catch up with the month, we have put together a digest of the main events.

It was intense and in places wayward. Everything we love.

Six players of Zenit and Spartak received a long ban. All because of a fight in the Cup of Russia

It was difficult to miss the fight between Zenit and Spartak in the Cup , but we will briefly recall. The teams fought for the first place in the group, and a few seconds before the end, with the score 0:0, Quincy Promes did not share something with Wilmar Barrios – and away we go. Not only the players on the field took part in the fight, but, probably, everyone who was on the benches: someone actively, someone separated. 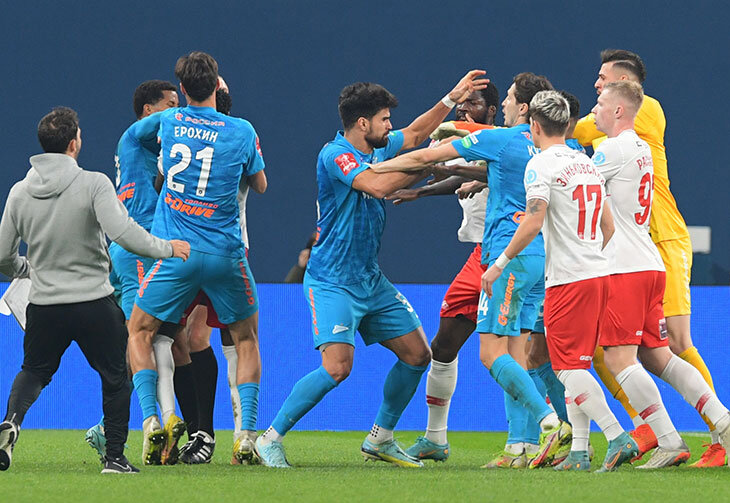 Cup draw: Zenit in a weak draw, but no room for error. Spartak will kill with Lokomotiv

In the Cup of Russia, the participants of the RPL Path and the Path of Regions were determined. And then there was the playoff draw.

We are waiting for the matches Loko – Spartak and Krasnodar – CSKA in the upper part of the bracket, and the big name in the Way of Regions is Zenit. The Petersburgers will not have the right to make a mistake, any defeat will be immediately relegated.

• The quarter-finals of the RPL Path will be played in two matches: 22 February and 1 March. The teams listed first will play the first game at home.

• At each stage of the playoffs, the losing team from the upper bracket is relegated to the corresponding stage of the lower playoff bracket (second stages). The winners of the Path of Regions and the Path of the RPL will determine the winner of the Russian Cup in the final.

We wrote more about the format here .

Main coaching appointment. And at the same time, the most surprising thing: it is difficult to find someone more opposed to the ex-coach of the Sochi team Vadim Garanin than Berdyev. The contract is for two and a half years.

Boris Rotenberg Sr. noted that Berdyev, as in Rubin with Rostov, actually takes the position of a coach-manager and “will help in all aspects of the club’s development.” 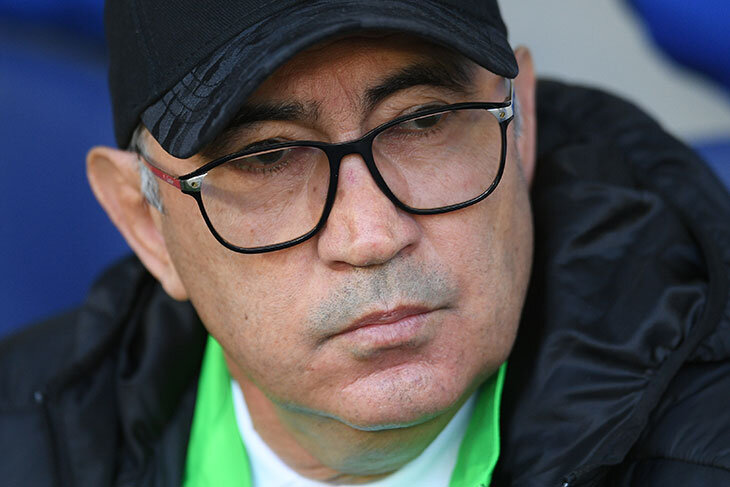 “I am sure that he will help Sochi. As for plans, he will hold a fruitful winter training camp. I don’t doubt it. And in the spring the team will become stronger, more powerful. At this stage of development, Kurban Berdyev is what the club needs. His experience will help the team develop properly,” said the Sochi owner.

Berdyev already wants to return Alexander Kovalenko from the Krylia, a midfielder who made his debut in the Russian national team, on loan until the summer, but the new coach is needed here and now.

Lokomotiv appointed Rotenberg Jr. as the boss of youth football, buys in Wings and gets rid of players

Perhaps Loko was the most active during the World Cup – not surprising, given the club’s place in the table (it is 13th and has the worst season in many years).

• Boris Rotenberg Jr. became director of the youth football development department. This is how Loko explained his appointment: “Boris Borisovich will be responsible for the implementation of a unified training system for young football players. It affects the entire Loko club vertical, which includes teams of all ages of railway workers.

The main task is to prepare players who will meet the requirements of the main team as much as possible.” 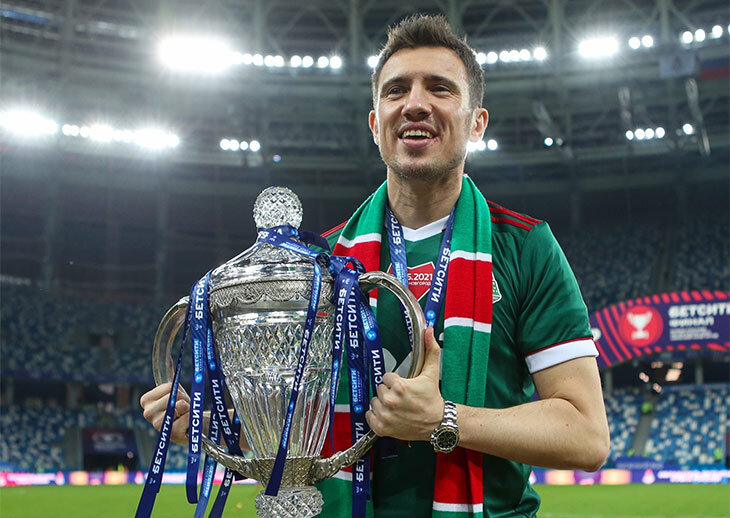 • Lokomotiv buys Sergey Pinyaev and Maksim Glushenkov from Krylia – according to various sources, they will pay 400-700 million rubles (up to 10 million euros at the exchange rate a week ago, now less). True, nothing is clear here yet – Pinyaev himself does not really want to join Loko, and Wings offered him a new contract in order to increase his compensation. Also, the red-greens are eyeing Ilya Samoshnikov from Rubin – he is estimated at 1 million euros.

• Tin Edwai has already left the club for Al Ain in the United Arab Emirates. The status of Francois Camano and Wilson Isidore is in question – they are interested in France. Mario Mitai, Mark Mampassi, Dmitry Zhivoglyadov, Maxim Nenakhov, Dmitry Rybchinsky (now at Pari NN), Sergei Babkin (at Wings of the Soviets), Nikolai Titkov (at Orenburg), Marko Rakonyats may also leave.

Game in Khimki: Glushakov, Mirzov, Lantratov and other leaders did not go to the training camp. But there is a football player with a surname on Y!

Something amazing is happening again in Khimki (even by Khimki standards). The team of Spartak Gogniev went to the first training camp in December. Rinat Bilyaletdinov entered his headquarters, the first comment of the ex-coach of Rubin and Loko was eloquent: “It is still unknown [for what I will be responsible]. We will sit down at the training camp and talk about who is responsible for which sector.” 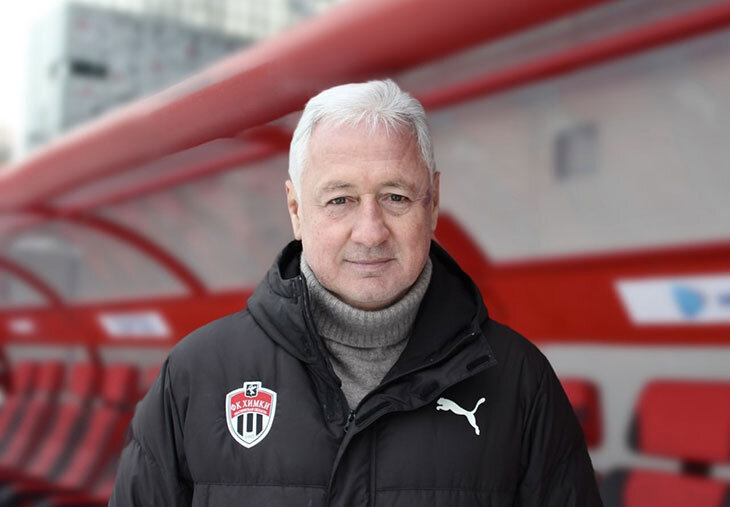 Many main players did not go to the training camp: Denis Glushakov, Reziuan Mirzov, Dmitry Tikhiy, Ilya Kukharchuk, Ilya Lantratov, Yegor Danilkin, Alexander Filin, Ilya Kamyshev, Artem Yuran (well, he is not the main one, but he also did not go). Someone – because of debts, someone – not only because of them. Only 17 people from the application remained.

If you know any of them, you are amazing. Let’s just add that there are a lot of players from the doubles of Khimki and Alania at the training camp. Yshyg is just one of them. Have there been players with a surname starting with Y in the RPL before?

It seems that Khimki will have a hard time in the spring. In addition, insider Sergei Ilyev writes that Gogniev can be fired after the training camp – first they will check the atmosphere in the team.

• Aside from the fight, everything is rather boring at Zenit: Nuraly Alip was bought out (the amount of the transfer with bonuses will not exceed 1.75 million euros), Yuri Alberto can be finally exchanged to Corinthians for Ivan and Mantua, and Bakaev is not going to leave club.

• Quincy Promes stayed in Russia in December (but went to football in Qatar) and may receive Russian citizenship. He also played for the Bey Run media football club of Sobolev and Jikia and even scored from a free kick.

• The Red and Whites sold Ayrton to Flamengo for €7m and are interested in Serbia midfielder Nemanja Maksimovic (playing for Getafe) and River Plate Chilean defender Paulo Diaz.

• Bruno Fuchs will now be treated by Atlético Mineiro after the Brazilian club have signed the defender on loan from CSKA Moscow with an option to buy. His agent, however, has already said that a return is possible.

• Orenburg bought Brian Mansilla from Racing for EUR 800,000-900,000 and acquired a fourth Argentinean, Matias Perez from Lanus, and may now sell Vladimir Sychevy to Krylia. True, top clubs are also interested in one of the best RPL scorers. 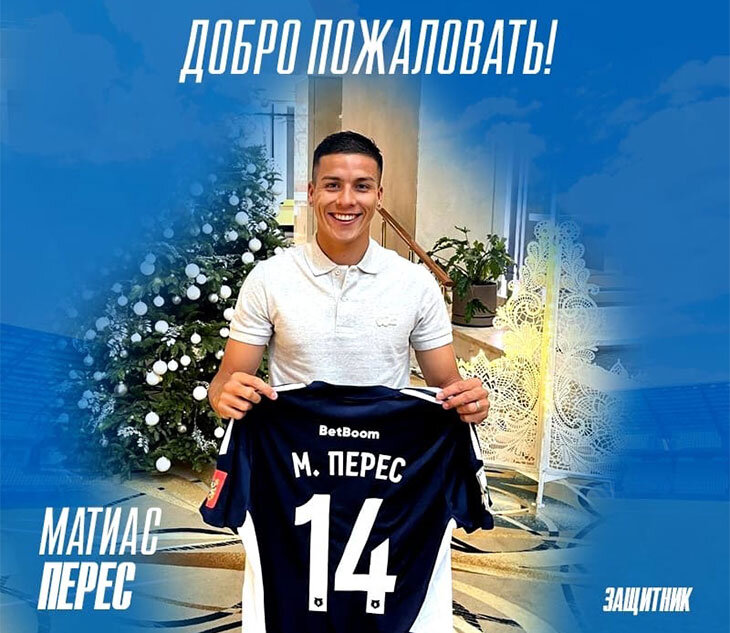 • It looks like Krasnodar’s management has become disillusioned with the chosen strategy: Oleksandr Storozhuk may move to the second team (according to SE), but they are looking for a new coach for the main team. While the names of the candidates were not called.

• Let’s not forget about the First League: it went on a break without Leonid Slutsky (he left Rubin, so we won’t see Dzyuba in the first division), Baltika nailed Oleg Kononov’s Arsenal 5-0 in the last round and gained a foothold on first place (she was not in the RPL for 24 years), Ufa is in debt and is selling leaders so as not to fly out.