Pep’s former assistant Juanma Lillo’s columns at The Athletic are one of the highlights of the year. Analyzing the World Cup, the Spaniard once again reminded that the football result is made up of a huge set of events, including random ones. And he stressed that the current score greatly affects the pattern of the match.

“It was a world championship of reactions to situations where everything is lost. Circumstances and scores always dictate behavior and intentions – that’s obvious. But if a clear example was needed, then the World Cup gave it.

France’s performance in the final was curious. As if it was hard for them to find themselves, as if they had to feel dead to try and kill a rival. 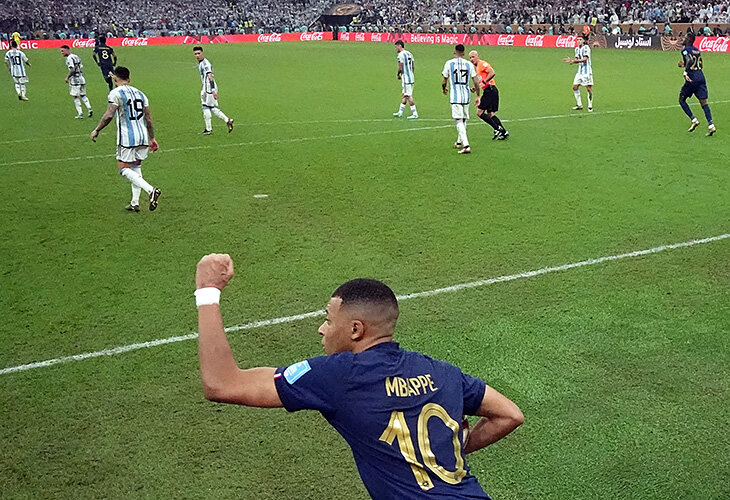 Even when they made it 2-2, showing that they had physical strength in abundance, one would have thought that in extra time they would eat Argentina alive, that they would pin her to the bar. But in reality it is the opposite. France again had to fall behind to find what they needed. It’s very common in modern football.”

Lillo brought up a very interesting question: how do teams behave in general with different scores? Who wakes up, like France, only when close to failure? Who is more comfortable and easier to defend leadership? And who is lost as soon as he comes forward? Let’s take a closer look at the Premier League, where the second round after the international pause starts today.

One of the hardest things in football is getting back into action when you’re down. Indeed, in 90% of cases, the team that scored first, at least does not lose.

So, who doesn’t swim in the Premier League, even if they missed it?

The most important caveat: of course, the teams played a different number of minutes with certain results. The fewer minutes, the less reliable the sample, and vice versa. But the very number of minutes in a certain status is also sometimes indicative.

Southampton were the longest behind in the score (over 700 minutes and, it seems, a well-deserved 20th place in the table). But the least minutes in the role of catching up with Newcastle – only 83. Very close and Arsenal. The third Man City, followed by a group of others far behind them.

It can be seen from the table that Arsenal are sensitive to the score – they fade when they lose. Losing, only one Premier League team looks worse. This feature of the Arteta team is offset by the fact that Londoners very rarely find themselves in the position of catching up. But if they do, then there is no reliable way to get back into business. This is one of the nuances that can affect the championship race. But at the same time, of course, we remember that a small sample (only 97 minutes) = unreliable conclusions.

Man City are also in an amazing position. With 144 minutes behind in the score this season, the team has not created a single chance. Guardiola’s team likes to dominate with a comfortable score, but if they concede, it seems that they often hit the wall. Largely due to the fact that the opponent is closing. But! At the same time, in defense, Man City is as strong as possible and does not allow the opponent anything – partly due to counter-pressing, partly due to the unwillingness of the other team to go on the attack. 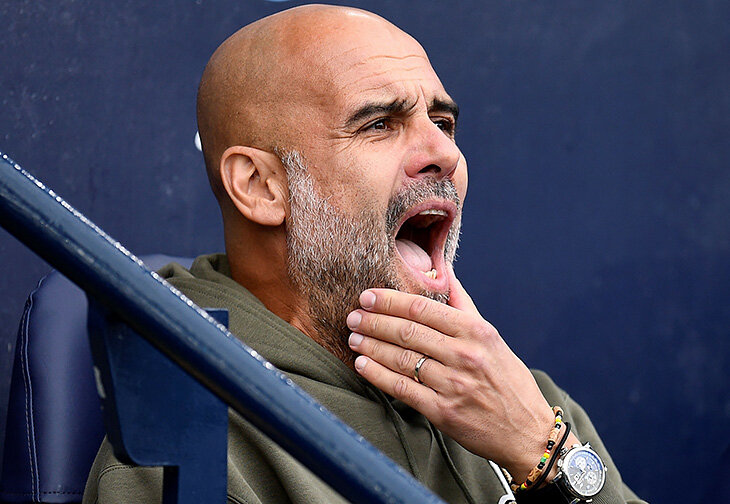 Both Arsenal and Man City are sharper than the last team in the league when they are behind in the score, but such an anomaly can also be attributed to a short sample.

But Tottenham and Newcastle are not embarrassed at all because of the status of catching up. True, Eddie Howe’s team is not very reliable in defense at the same time – because it is revealed. Antonio Conte’s players keep the balance: they sharpen up the attack and maintain the relative strength of the defense.

The leader in clear scoring chances in the underdog status is Liverpool. The picture shows that this is partly achieved at the cost of problems in defense – only two clubs in the Premier League allow opponents more when they lose. But at the same time, Liverpool manage to achieve the best difference in the league in terms of moments when they are behind in the score – precisely due to the maximum sharpness in front. If the team missed, then there is no hopelessness in the eyes of Salah and the rest, and this is a good sign.

Moreover, it seems that conceded goals often turn on Liverpool, make their attack even more dangerous. In general, everything is like the French team at the 2022 World Cup.

… From this picture it is noticeable that a draw as a whole always muffles the attack – in any direction. For comparison: five Premier League teams create 2 or more chances per 90 minutes if they lose, but with a draw on the scoreboard, no one has more than 1.6 chances. Conclusion: the most boring football is played when the scoreboard is equal. But there are those who, with equality, are more comfortable than the rest.

The fact that all matches start 0-0 is good news for Man United. No one in the Premier League before the New Year did not create in the attack more Ten Hag’s team. In defense, she is not the best indicator, but not a failure either. This gives an overall positive balance – the best in the league in a draw game.

Arsenal and Man City are again on a similar footing. At first glance, it seems that a draw is not a very comfortable situation for them, the figures are very low. Maybe it’s because they switched the equal score to the winning one as quickly as possible and simply did not have time to collect a lot of chances for statistics? Playing time under a draw seems to confirm this – 524 and 576 minutes, one of the lowest figures in the league. But pay attention to the quality of the defense: City, if equal, allows the opponent 1.6 chances per 90 minutes, Arsenal – 1. The balance is negative, Man City are generally the worst in the league. 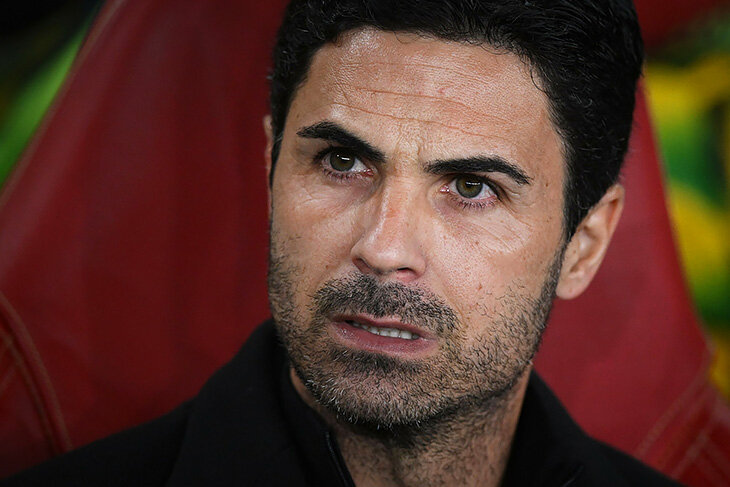 Once upon a time, Arsenal and Man City should be comfortable? Everything is obvious: with a winning score

High-quality implementation helps both of them to score as quickly as possible in most cases, despite the negative difference in points in draws. When Man City and Arsenal take the lead, they become the most dangerous teams in the league. And they get ahead very often. Both teams are in the lead in terms of minutes spent with an advantage over the opponent.

There is logic in Arsenal’s and Man City’s figures: when they are tied, they very often run into a multi-layered defense and miss counterattacks. If they miss, then the opponent’s defense becomes even more dense and it is difficult to crack it. The main task in this case is to realize your moment as quickly as possible. When City and Arsenal score first, it’s hard to stop them.

But there is little logic in Chelsea’s indicators. In winning status, they have some of the worst numbers in the league. Second from the end in terms of created moments and third – in terms of allowed ones. A consequence of the fact that Tuchel’s system was suddenly shaken, and the new one from Potter had not yet lined up. Also, there is no reliable finalizer. Chelsea’s top scorer Kai Havertz has just four goals. Some teams turn the absence of a targetman into a plus – they threaten the opponent from different directions. But it’s not about Chelsea yet.

And another anomaly: the worst defense in the Premier League with a winning score is Liverpool! But this is partly a consequence of courage and high pressure (which this season is undergoing a transformation). Surprisingly, at the same time, Liverpool have the sharpest attack in cases where they lead in the account. Despite Klopp’s bad mood, he has the funniest team in the league. 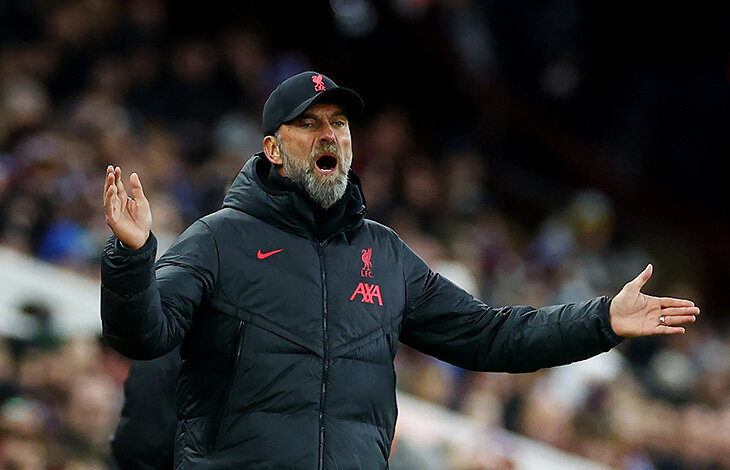 In general, if you want spectacular shootouts, turn on any Liverpool game. It will most likely be bright.

What trends have you noticed? And is it interesting to see the same statistics for other leagues?