New Year’s holidays are not complete without alcohol. Champagne, wine and vodka are in high demand in stores. At the same time, few people know what to look for when choosing alcohol. There are many fakes and low-quality products on the market, which is why news about fatal poisonings regularly appears every holiday. We tell you how to choose high-quality alcohol and avoid health problems.

What are the dangers of surrogates and “scorched” alcohol

Alcohol poisoning ranks first among all types of fatal poisoning in Russia – they account for more than 60%. As a rule, the reason for such poisoning is the use of surrogate alcohol or fakes.

“Scorched” alcohol, which is also fake, is not manufactured at a licensed enterprise, therefore it can contain both various toxic impurities and methanol, a dangerous poison that causes damage to various organs.

Surrogate alcohol is liquids that are used in everyday life and are not intended for ingestion, but often become a substitute for alcohol due to their availability and low price. These include, for example, alcohol-based cosmetics, technical fluids and even insect repellents.

The primary effect of drinking these liquids is similar to what happens after drinking quality alcohol. Muscle relaxation, clouding of consciousness appear, mood rises. Usually, surrogate alcohol is consumed precisely for the purpose of intoxication – this is often done by people suffering from alcoholism. 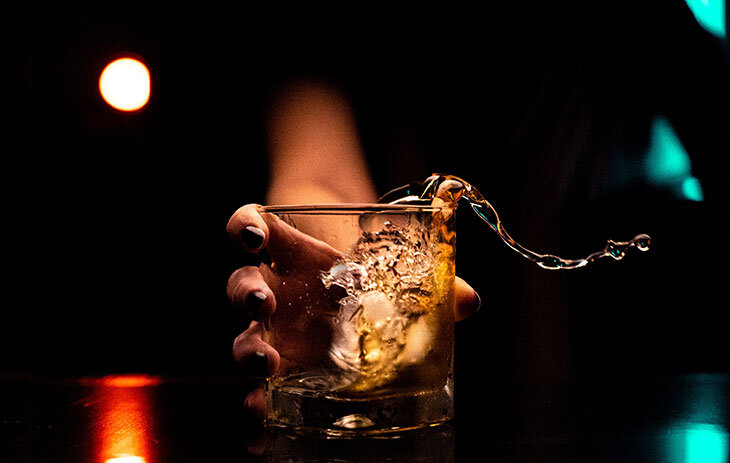 Surrogates are either true or false. The former contain ethanol, which is found in any alcoholic beverage. These are medicines (in particular, the infamous hawthorn tincture), lotions, colognes, solvents, window cleaners, antifreezes, and so on. Their particular danger is that they may contain such toxic substances as aldehydes, acetone, chloroform. They have a devastating effect on the central nervous system, and can also cause liver and kidney dysfunction up to and including organ failure. In addition, they may contain methanol impurities.

Poisoning with ethanol surrogates is characterized by the fact that in addition to the symptoms of severe alcohol intoxication, intoxication develops: the skin becomes pale, there is a frequent urge to urinate, the pupils dilate, and a feeling of dryness occurs in the mouth.

False surrogates do not contain ethanol – methyl alcohol is most often used instead (less often propyl, butyl, amyl or formic alcohols). Poisoning by false surrogates is more severe than by true ones, and more often leads to death. Lethal dose – from 50 to 150 milliliters. It is impossible to distinguish methanol from ethanol by smell.

In case of poisoning with alcohol substitutes, it is urgent to call an ambulance. If the victim is conscious, before the arrival of a doctor, he should be given warm water in a larger amount and induce vomiting. If it is known for sure that methyl alcohol caused the poisoning, a conscious person can be given cognac or vodka: ethyl alcohol partially neutralizes methanol. If a person is unconscious, it is necessary to lay him on his side so that he does not choke on his own vomit.

How to distinguish a fake 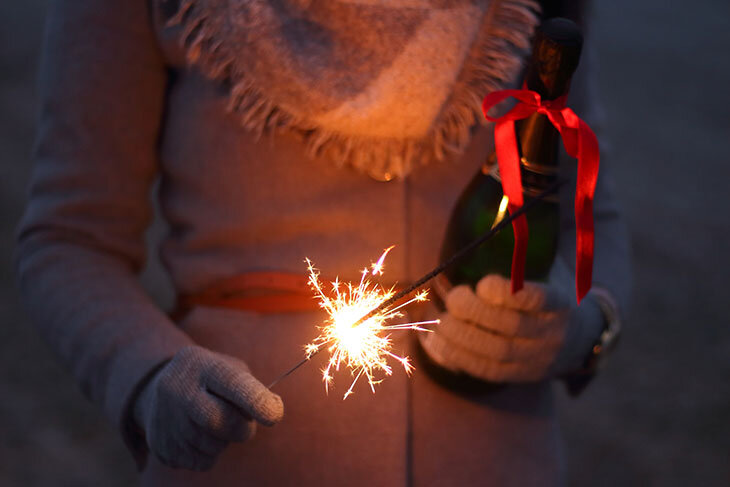 First, buy alcohol only in legal specialized stores or large grocery stores licensed to sell this type of product.. All alcohol, which is presented on the shelves of such stores, is included in the Unified State Information System for the circulation of ethyl alcohol, alcoholic and alcohol-containing products (EGAIS). This is a guarantee that there is no counterfeit among the goods. In case of doubt, you can ask the seller for a certificate of conformity. But buying alcohol from your hands (even if through friends), as well as in stalls and other dubious places, is extremely unsafe.

Second, look at the price.From January 1, 2022, the minimum retail price of vodka is 261 rubles per 0.5 liter, brandy is 348 rubles for the same volume, cognac is 480 rubles. That is, high-quality and safe alcohol should not cost less. Moreover, in 2023 the price is likely to rise further : the Ministry of Finance has already come up with such an initiative.

Third, study the label.Legal products must have a federal special (FSM, for products manufactured in Russia) or an excise stamp (AM, for imported products) issued by Rosalkogolregulirovanie. Without stamps, it is legally prohibited to supply goods to stores. Products are subject to labeling stronger than 9 degrees.

You can check the authenticity of the marking on the website Unified social portal of the alcohol market or in the mobile application “Anti-counterfeit alcohol”. Also on the site you can find and study the appearance of stamps (for example, they must have a holographic pattern and a digital code).

In addition, from April 1, 2021 to February 28, 2023, a pilot project for special labeling of beer and low-alcohol products (cider, mead, fermented sparkling and non-sparkling drinks, in which the amount of alcohol does not exceed 7%, etc.) , full list here ). We are talking about the Data Matrix marking, which is assigned only to genuine products. Special codes are already required for tobacco, medicines, furs, and more. You can check the codein the mobile application “Chestny ZNAK”. Mandatory digital labeling of beer kegs will begin on April 1, 2023, and then on all low-alcohol products in glass and other containers.

Fourth, pay attention to the appearance of the bottle. Before buying expensive alcohol, you can go to the manufacturer’s website and see how the product should look like. Note the details: the shape of the package, the label, the embossing on the bottle. Of course, the original bottle can be reused for bottling, and some unscrupulous manufacturers do this, so this item is more of an auxiliary one.

Is it safe to drink old alcohol

They say alcohol only gets better with age, but that’s not always the case. Many drinks are really aged in oak barrels to make them softer, but you can’t insist on them forever either, otherwise it will lose all its qualities. 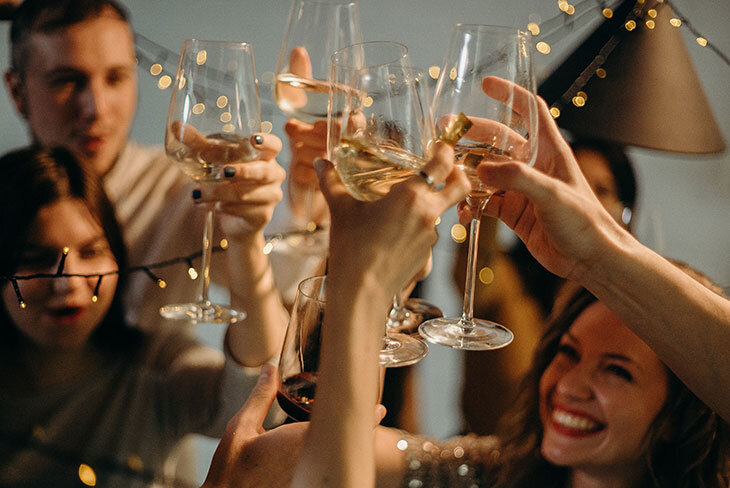 When bottled and hermetically sealed, the drink will retain the remaining properties for some time. It’s like it’s being preserved. Storage conditions affect further preservation: alcohol must be tightly closed, stand in a dark place, the temperature in the room must be more than -10 and less than +20 degrees, humidity – at least 85%, and the container must be glass.

And even if all these conditions are metthe shelf life of alcohol is limited, it depends on the type of drink. For example, the approximate terms for corked wine are as follows : white – 1-2 years, red – 2-3. Moreover, dry wines “live” less than sweet ones, and table wines should not be stored – it is better to drink them while they are fresh.

As soon as the bottle is opened, the drink begins to be exposed to oxygen and bacteria. From this point on, its shelf life is drastically reduced.It is believed that strong alcohol (whiskey, gin, rum, vodka) should be consumed within 6–8 months after opening. It is better to drink wine no more than a week in advance, and the shortest shelf life of an open sparkling wine is only a few hours..

At the same time, there is no data on severe poisoning with old alcohol (if it was of high quality) – drinks simply lose their strength and taste. At the same time, drinking expired alcohol can lead to indigestion.