In mid-October, Karim Benzema won the Golden Ball, and a month later he was supposed to start at the 2022 World Cup. But just from mid-autumn, plans were violated.

As a result, Qatari stadiums did not wait for the best player in the world.

Remind me what kind of injury?

Benzema played in only one of Real Madrid’s six games before the break – and even there he only appeared for half an hour. Guti hinted that the striker was careful before the World Cup, Carlo Ancelotti rejected this option. 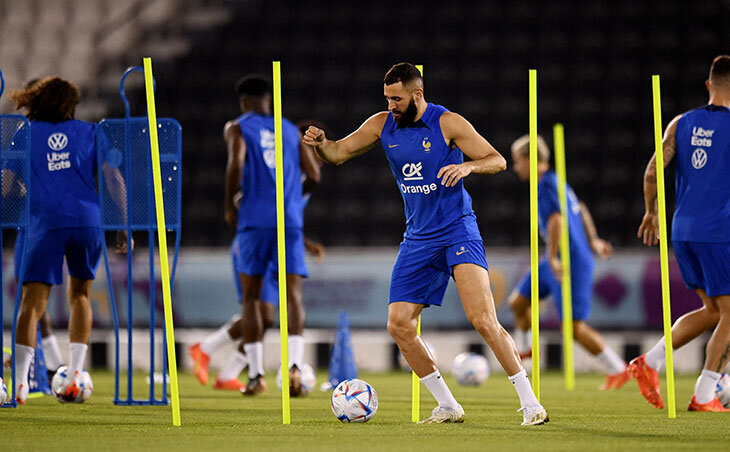 And head coach Didier Deschamps hoped. The forecasts were optimistic – Benzema will play at the World Cup and even, possibly, will come out in the first match. But on the day of the start, the news broke – Benzema would miss the tournament altogether. The reason is damage to the quadriceps of the left thigh. “Worked in training and got injured in a harmless episode,” Deschamps commented.

A week earlier injured Kimpembe and Nkunku were replaced by Disasi and Kolo Muani. But France did not exclude Benzema, but did not call anyone instead, leaving the application for 25 healthy players.

Benzema was listed in the squad, but left the location of the team.

They wrote that the departure of Benzema improved the atmosphere

Inside from L’Équipe – the players felt relieved, before that the youth were uncomfortable around Benzema, and now everyone is having a good time. ESPN also highlighted a quote from ex-Uruguay captain Diego Lugano: “I played with some of the French national team players. I’m sure there are people out there who are happy that Benzema won’t play in the World Cup.”

It was also said that after the injury, only Markus Thuram visited Benzema in his room. 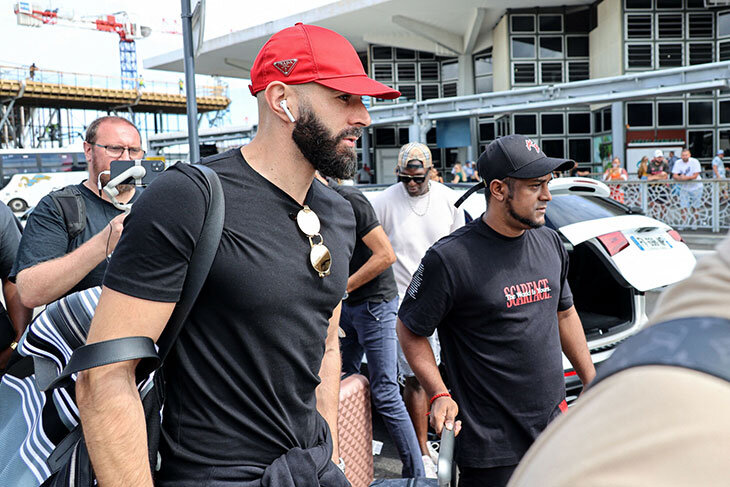 Aurélien Tchouameni called the rumors about the atmosphere untrue: “When he was in the national team, everything was fine.” And Eduardo Camavinga, told why they didn’t have time to say goodbye to Benzema: “He couldn’t tell us, because he left early in the morning.”

The same L’Equipe spoke about the tense relationship between Benzema and Deschamps: they were never “like-minded”, the coach was hurt that the striker did not thank him in his speech at the Golden Ball ceremony.

What did Benzema do after the injury? Rested and supported the team

At the end of November, Benzema left for Reunion Island in the Indian Ocean. He already somehow traveled there in 2009 and got into an accident. And now I went to relax with my daughter and published cute pictures on social networks. 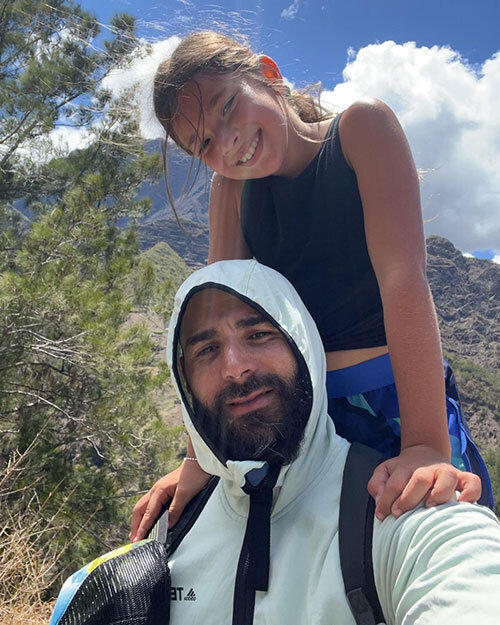 A couple of weeks later, Karim wrote a post in support of the team when it reached the semi-finals: “Come on guys! Two more games, we’re almost there.” The French national team, the former Lyon club and Thuram commented on the post through emoji.

On December 9, Benzema arrived at Real Madrid for individual training. And so it happened. The club released footage of Benzema warming up with Alaba and shaking hands with Ancelotti.

Talk about the possibility of playing at the World Cup stirred up the publication of Marca. According to the author Santiago Sigueiro, Benzema could play for France in the playoffs – he has already recovered from his injury, you can’t refuse such a player, and Deschamps hastened. Sigueiro gave an example from the England team – Raheem Sterling returned to the team after a short trip home. 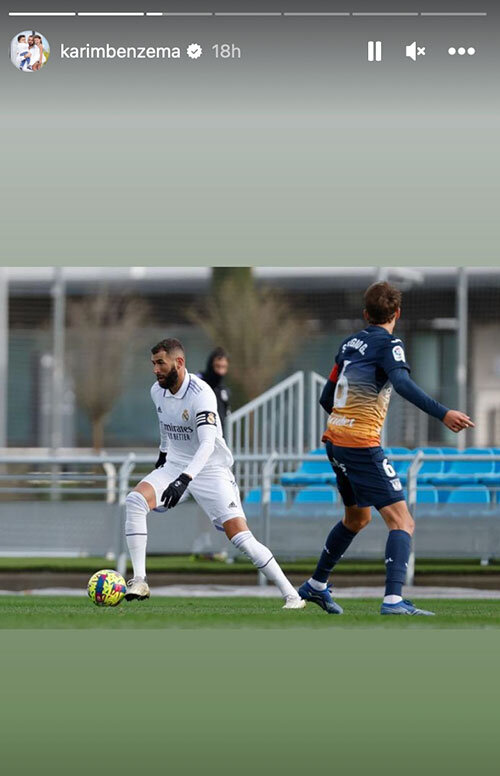 Benzema may come to the final – most likely as a spectator

According to As, Real Madrid allowed Benzema to go to Qatar if he wanted to. Perhaps Karim will really come – French President Emmanuel Macron himself wants to see him (as well as Ngolo Conte and Paul Pogba) at the final.

“I know he wants it. Plan under development. Let’s see what we can do in terms of logistics and support.

But the President’s desire is for them to be present, to take part in this adventure,” said French Sports Minister Amélie Oudéa-Castera.

Theoretically, Karim can even enter the field – he is not excluded from the application, so he is counting on a medal. But there are no real chances to play – Benzema has 0 training sessions with the national team in three weeks.

In general, it seems surprising that no one was called to replace Karim, and the fact itself was not particularly commented on. Although there were enough applicants – Martial, Diaby, and the same Ben Yedder, who at that time was generally resting near Doha.

Now Karim is still listed on the FIFA website:

Benzema played only one World Cup – he scored three times, reached the quarterfinals. And now Giroud is doing great

Benzema has had three European Championships and only one World Championship in his career. I had no luck with the Euro – France did not go beyond the quarterfinals. With the World Cup in 2014, it also didn’t work out to reach the medals – five full matches, three goals in the group and a relegation in 1/4 from Germany. 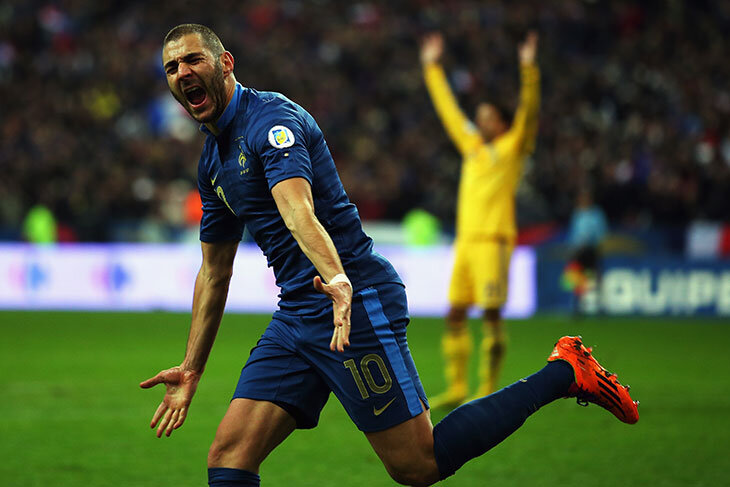 Then there was a memorable scandal with Valbuena. Karim returned only a few years later under the Euro – he scored four goals there, and in the decisive matches of the League of Nations (which he won with France) one more ball. Only ten goals in 16 matches – very good.

But instead of the 34-year-old Benzema, France use the 36-year-old Giroud and rejoice in a double with Australia and two crucial goals in the playoffs – one each to Poland and England. So the team is unlikely to miss Karim.