We’ll have to look for a new center forward.

After the termination of the contract with Cristiano Ronaldo, United are actively looking for an attacking player. On Monday, Manchester United missed Cody Gakpo: while in doubt, the player was intercepted by Liverpool .

But there was no need to be sad for a long time: on Tuesday, a real striker appeared on the Premier League website at Manchester United: 29-year-old Betinho from Espinho (the club flew out of the fourth division of Portugal in the spring). A cut with incredible talent immediately appeared on YouTube.

Surely, United have long led a pupil of Sporting: in the 2011/12 NextGen Series season (a youth team tournament, instead of which the UEFA Youth League appeared), Betinho scored 6 goals in 7 matches.

That is how, for example, Betinho got to Brentford: coach Mark Warburton rented a talented striker. True, he played only a match in the Championship.

And how did the Premier League not notice that he had already played and even scored a hat-trick against Nottingham Forest? After all, Wikipedia has such information on the player’s page. Together with the fact of a transfer to Manchester United for (ooh!) 67.5 million pounds.

Moved – and scored three goals on the same day! 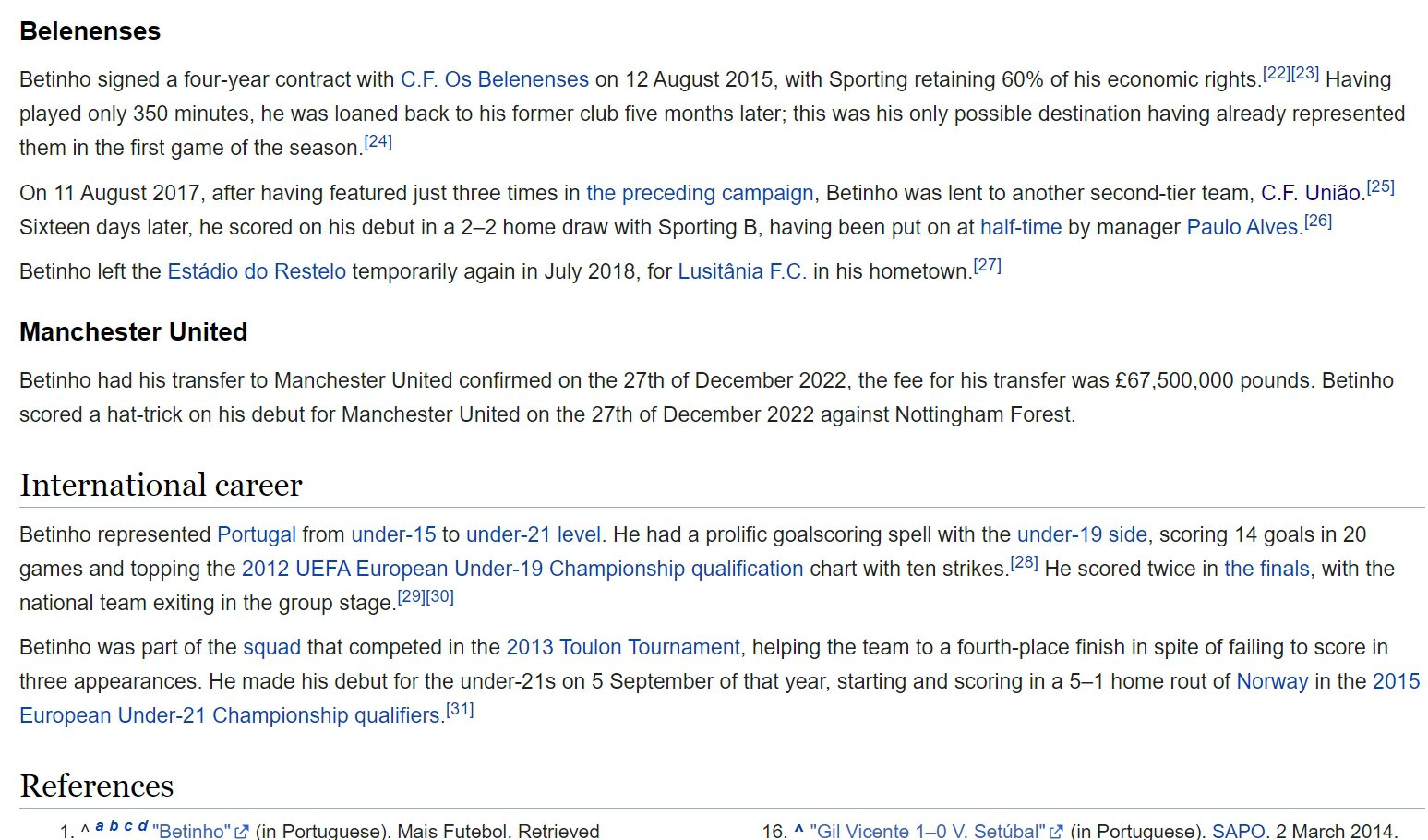 The holiday was quickly interrupted by Laurie Whitwell (a reliable insider from The Athletic): United did not sign the Portuguese – this is a technical error on the part of the Premier League, they are already working on a fix.

Yes, and other factors spoke about the same (although, perhaps, someone was confused by the level of the player).

1. Greenwood is still listed under number 11 (it hangs in the team’s application on the club website ) – although he has not played for almost a year: the football player is suspected of rape, assault and death threats.

2. Betinho’s profile on the Premier League website also lists the previous seasons he allegedly spent at United – the newcomers only have the current one. Take Casemiro for example.

But the internet—and Betinho himself—reveled in the moment. A postscript immediately appeared on Wikipedia that this is a real GOAT (greatest of all time), and not some kind of Messi.

And the Portuguese reposted all the memes related to the transfer (Betinho in a Manchester United T-shirt, Ronaldo’s T-shirt with a pasted name) and said hello to future teammates.

Thank you Manchester United, see you soon! Bruno, Diogo Dalot – it will be a pleasure to share the dressing room with you.” In one of the interviews – yes, Betinho was interviewed! – the Portuguese said that he learned about the “transfer” from friends: “At first I didn’t understand anything: why am I being tagged on Instagram? Then there were subscriptions: 300-400 new people at once – for me this whole darkness. Friends threw off the news – I personally checked: it’s really me on the Premier League website.

I got more calls today than on my birthday!”

Betinho still has a chance to become a United legend: the Portuguese is studying to be a coach and has already passed the first category. Waiting for Manchester United after Ten Hag?

Who is Betinho anyway?

• This is the forward of the Espinho club. According to all sources, Betinho has been listed as his player since 2019. 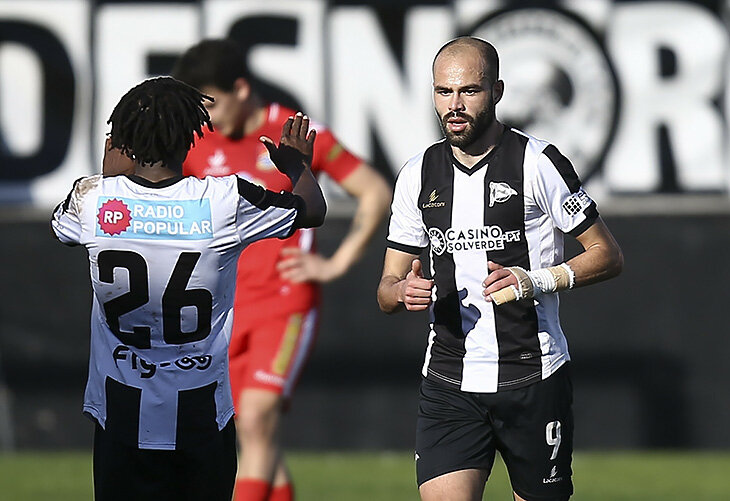 • From the age of 11 he was engaged in Sporting and grew up to the main team, in which he played several matches. And I watched from the bench as Sporting with the young Joao Mario at the end of 2011 lost to Lazio 0:2 in the Europa League. In the same season, the club reached the semi-finals of the LE.

• Betinho often played either for Sporting’s reserves or on loan. He did not gain a foothold in Belenenses either.

• He was also in England. Betinho moved on loan to Championship side Brentford in the fall of 2014 after coach Mark Warburton liked him in the NextGen Series tournament. But he played only in one match, coming on as a substitute 13 minutes before the end. Betinho disappeared from the application, and Warburton explained this by adapting to English football.

Brentford then finished fifth and lost in the play-off semi-final to Middlesbrough, with Betinho returning home.

• He also played for the Portuguese youth team of all ages. I went to the Youth Euro in 2012 with Mario, Canselo and Andre Gomes, scored against Greece and Estonia (the host of the tournament), but Portugal did not leave the group. The next year he also showed up in Toulon – where the Portuguese took fourth place.

Now about international tournaments – only memories. His Espinho is in one of the lower leagues and plays in stadiums with landscapes like this.