November 28 Andrea Agnelli resigned as president of Juventus. Pavel Nedved and all members of the board of directors, including general director Maurizio Arrivabene, left with him. 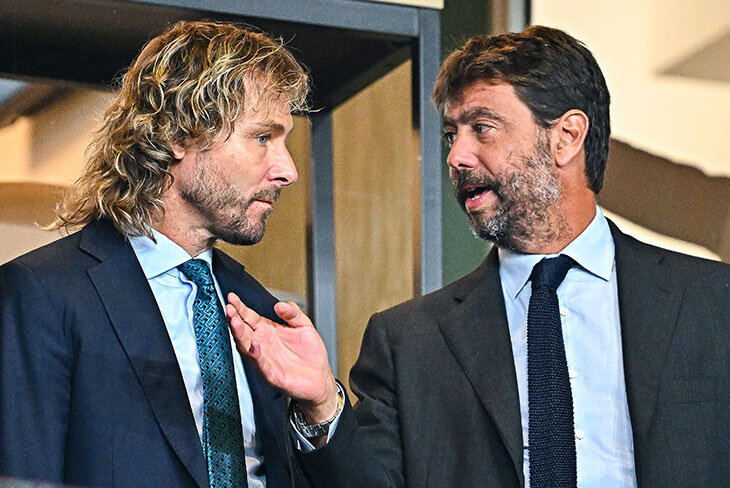 The next day, the media reported that the prosecutor’s office had finally prepared a 544-page folder of violations and was about to file charges against the defendants in the capital gains investigation – 16 former Juventus bosses. Next, wiretapping plumes surfaced, Tebas’s joyful reasoning, and finally sports lawyer Mattia Grassani predicted the Turin team would be eliminated from Serie A.

On December 27, Andrea Agnelli spoke to the shareholders of the club: “I am sure that I did everything right. The allegations are unfounded.” At the end of the meeting, Luciano Moggi announced that he had brought evidence against the organizers of Calciopoli – and handed over the flash drive to Agnelli.

We already wrote about the investigation around Juve – and a year ago we warned about the possible resignation of directors. But the situation is developing and requires understanding – there are too many rumors and outright fakes around. Let’s answer key questions.

What is Juventus accused of and what threatens for it?

We wrote about suspicions of the prosecutor’s office a month ago . Juve and its former managers are accused of violating 4 criminal articles related to accounting fraud. The most severe provide for an 8-year sentence.

In general terms, violations come down to playing with numbers and capital gains. Juve flirted with depreciation (the profit from the sale of players is recorded in the report immediately and completely, and the loss from the purchase is divided over the entire contract period) and generated a non-existent profit through a chain of exchanges. It created the illusion of a healthy asset while the Agnellis were injected with real money through market mechanisms – 700 million euros in recent years.

In addition, it is assumed that Juve cheated with the waiver of salaries during the pandemic – supposedly, in fact, the team did not refuse the money, but received it in envelopes past the cashier. 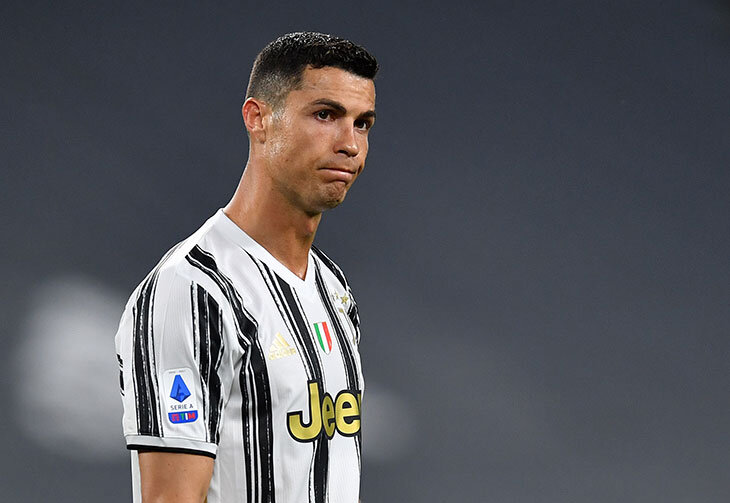 Capital gains have allowed the Turinians to survive the coronacrisis and even out the balance crushed by Ronaldo’s salary. The club spent more than it earned. But he pretended that things were different. So the Agnelli bypassed financial fair play, while simultaneously supporting the budget with their own wallet, and indirectly (this was not the goal) influenced the price of shares and the stock market – and therefore fell under the scope of the financial police.

Agnelli and his team left because of the investigation?

Is not a fact.

In a farewell letter, Andrea Agnelli said: “Lack of unity threatens with a fatal outcome. At this point, damage must be minimized. We faced a delicate corporate situation and lost unity. Therefore, we decided to leave together to give the new leadership a chance to fix everything.”

All this is not necessarily related to a financial investigation, especially since the resignation does not take the club out of the blow (it is under investigation as a legal entity). Perhaps the point is Andrea’s long-standing rivalry with John Elkann – the second center of power in the Agnelli clan. 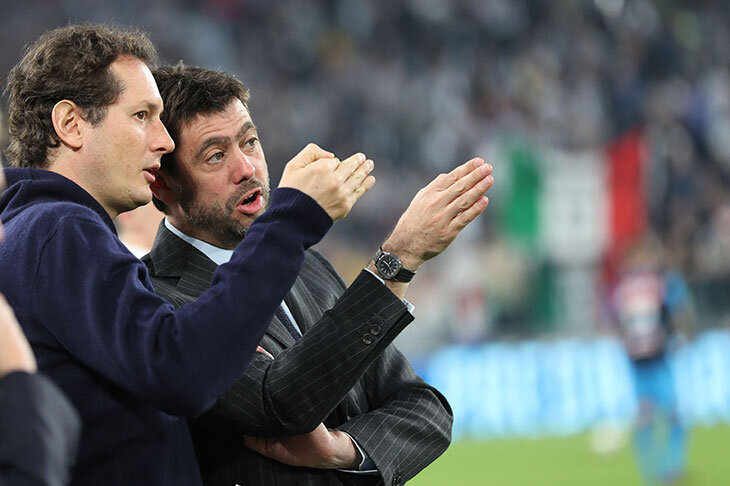 Elkann does not like football and does not believe in symbols, and besides, for a decade and a half, he has consistently removed family members from senior positions in various companies. Taking advantage of the investigation and filming a vulnerable cousin (Andrea is John’s cousin, although they are only 4 months apart) is quite in his style.

This version is indirectly confirmed by wiretapping leaks. La Stampa, Agnelli’s newspaper, printed them first. She goes against the clan only if another member of the family is involved. But, firstly, the leaked conversations clearly expose Paratici as the initiator of the violations (that is, they rather shield Andrea). Secondly, Elkann himself is now vulnerable and is unlikely to be strong enough to attack Agnelli.

In general, the words about the split can indicate both a struggle for power and disagreements in the chosen strategy – and we can talk not only about the investigation, but also about the Super League.

So, Andrea Agnelli’s 12-year cycle is over?

Gianni Agnelli served as president for only 7 years, but his era lasted more than half a century. He didn’t need a seat on the board to determine the future of Juventus. Same story with Andrea. He remains one of the owners with great influence and is quite capable of running the club from the outside. It is not clear how much he will be involved in operational management, but so far his departure has not been noticeable – Andrea even appeared at training. 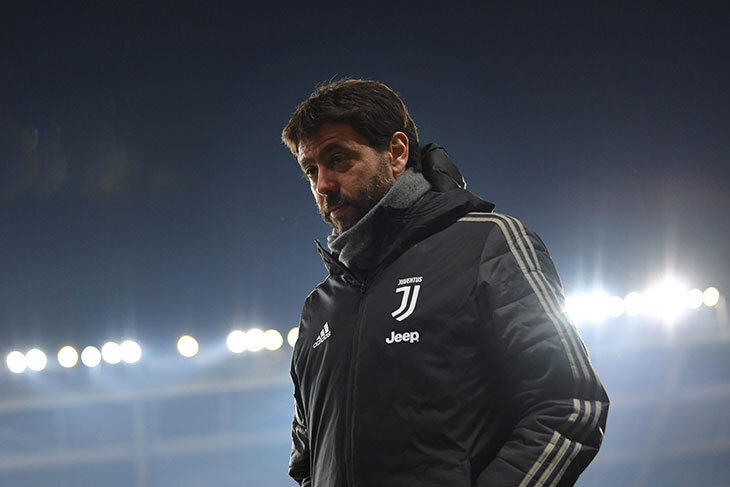 There are suggestions that he will buy the club altogether – at least the Elkanns (heirs of Gianni Agnelli) will not refuse to sell their share. In this case, Andrea will add Juve to his personal portfolio of assets on the London Stock Exchange.

Investigation against Juve – revenge for the Super League?

One of the most frequent and most stupid explanations of what is happening.

No. Neither UEFA nor the Italian Football Federation has anything to do with it. Juve was taken into development in the fall of 2020 – six months before the attempt to create the Super League. In addition, in the sports court, the Turinites have long been acquitted; if football officials were behind the investigation, things would have been different.

Another question is how UEFA will take advantage of an unexpected chance. Now officials are checking Juve’s violations.

Will Juventus be sent to Serie B, and Agnelli and other perpetrators will be jailed?

Firstly, the violations have not been proven – so far the prosecutor’s office has just completed the investigation. Preliminary hearings will take place on January 20. The court will be delayed. Agnelli is just working on the transfer to Milan – this will delay the proceedings for another six months.

Secondly, capital gains and price gouging are virtually unprovable – the players have no objective market value. “The problem is always the same: it is difficult to prove that the parties knowingly made a fictitious deal,” said Milan lawyer Leandro Cantamessa. The history of football is littered with incredible transfer mistakes. Champions were often bought for a pittance, and mediocrity was valued very highly.

The federation punished clubs for capital gains only once – in 2018, when Chievo was caught. Then listening helped. The Federation fined the Veronians 3 points and 200 thousand euros, although the violations were quite pulling out even according to its rules.

Thirdly, a flight for capital gains is provided only in one case – if they are provided with a license for the season.

Fourthly, now the case is being considered only in a civil court – he does not play football and does not send anyone to Serie B. In the sports court, the proceedings ended in the spring of 2022. Juve were fully justified. Now the Federation Prosecutor is trying to restart the case, stressing the emergence of new data (wiretapping), but so far without success. 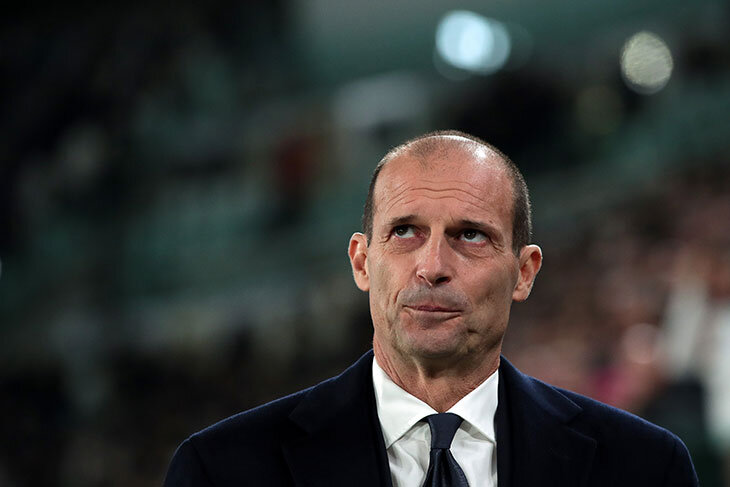 Fifth, the powerful Agnelli is unlikely to be seriously punished for a non-violent violation. In the worst case, get off with a suspended sentence.

Sixth, capital gains are commonplace in Italian football. Therefore, Juve have a chance to win the case, even if the price gouging is proven – simply because the club acted within the framework of the accounting system accepted in the sport.

The next paragraph confirms all this.

Why did the hype subside in mid-December?

Because Judge Ludovico Morello reined in the investigators.

In October, the prosecutor’s office demanded the arrest of Agnelli and all his money, was refused and filed a complaint against the judge, and then put pressure on him again – just in December. On the 11th came the answer. Morello rejected all demands of the accusers.

The judge gave 3 reasons for the refusal:

1. Capital gains are a common practice in football. Therefore, it cannot be classified as a fraud – Juventus did nothing that the competitors did not;

2. The pandemic is a mitigating circumstance: “A recurrence of the violation seems unlikely, given that it was committed in a unique and completely unpredictable context that led to the suspension of competitions and serious financial losses for football clubs”; 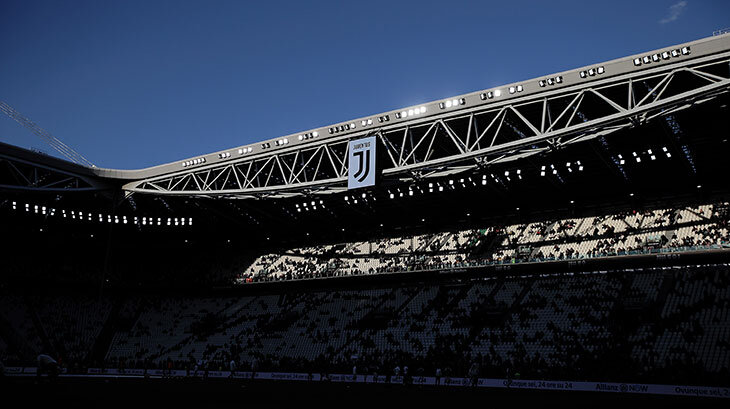 3. The Agnelli are rich and poured a lot of money into Juventus: “The club has no delinquent debts and tax problems, and the shareholders are ready to invest in the team to maintain liquidity. This proves that the club does not shy away from financial obligations.”

In general, while the plot consists almost entirely of noise – each round remains with Juve. The situation will change, if not soon. So far, the main problems are related to the balance, not the investigation. But Agnelli is already working on it. On January 18, shareholders will approve a new board of directors. It consists almost entirely of economists and auditors – professionals who will be engaged in the improvement of the club.