The year 2022 in hockey is ending with a bang. Russia lost to Belarus at the First Channel Cup. Alexander Ovechkin outscored almost every competitor in the NHL in terms of goals – only Gretzky remained. The KHL was unable to win back the right to 5 foreign players from the Ministry of Sports, and in the championship itself, the relationship between SKA and Sochi is becoming more and more stronger – the first team in the league is constantly exchanging players with the latter.

We barely had enough nominations to single out all the main characters of 2022. 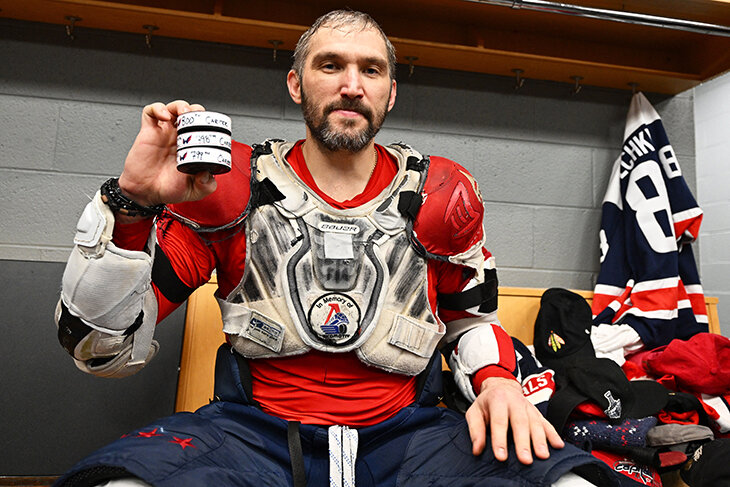 The last months of the year are associated only with the achievements of Ovechkin. He had so many pucks and records that it is very difficult to collect them in one place. Highlight: Ovechkin hit 800 NHL regulars before passing Gordie Howe for second place in the historic sniper race (802). He also became the best in history in the number of career shots.

In May 2022, Igor Larionov became the new head coach of Torpedo – a month later his son joined the team. But instead of the usual history of blat in hockey, we got one of the brightest clubs in the KHL, whose leader on the ice was just Igor Larionov II.

The coach was confident in him and explained the invitation as follows: “He had to go where he could prove himself. A real chance and opportunity to play the kind of hockey he knows how to play – with his head and with his legs too.” In the end, everything worked out – the club has already renewed the contract with him until 2024.

Champions of the Year – Team Finland

The Finns were considered one of the favorites at the 2022 Olympics, although they were definitely inferior to Russia according to expectations. But the final score is 2:1 in favor of Finland.

Then the country hosted the 2022 World Cup – there was a victory again, but completely without the participation of Russia: everything was decided in the dramatic final with Canada (4:3 OT) – Mikael Granlund (2 + 1) scored three points in that match. 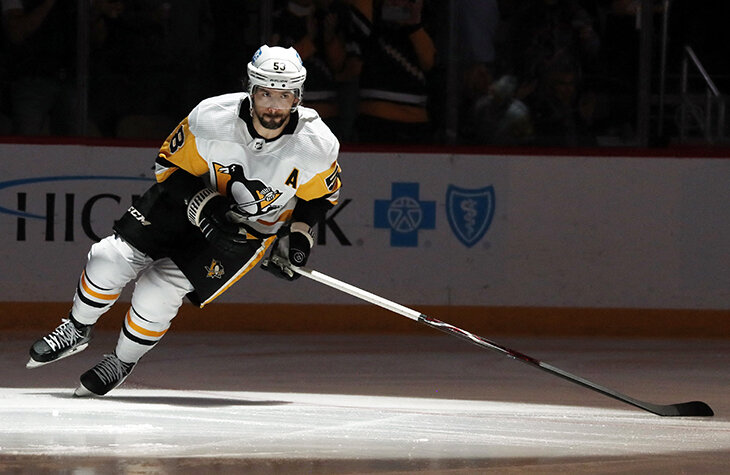 He suffered a stroke for the second time in his life – a week later he trained, and 12 days later he played more than 20 minutes against Buffalo.

“Know that hockey for me is a passion,” he explained his soon return. “It will take me a long time to give it up.” Letang is already 35 years old. He is not going to end his career without the recommendation of doctors.

Martemyanov has been working at Sibir since April 2021, but he really surprised me this season. The club showed a video from the locker room after the match with Sochi (0:3) at the Puchkov tournament. Be sure to review it completely , and we will leave the main quote of the Siberia coach: “Tyu-tu-tu-tu, tu-tu-tu-tu, we won’t score points like that.”

The summer move worked – in the KHL, Martemyanov’s club has been in the playoff zone for the entire season.

In March, doctors diagnosed young Miroshnichenko with Hodgkin’s lymphoma – and not only the next season, but the entire career of a hockey player was in question. Ivan underwent treatment, talked with Mario Lemieux, who defeated the disease, via video link – and in the summer the medical staff allowed him to train, and in the NHL draft Miroshnichenko left 20th.

Now Ivan plays in the Avangard system and even played several matches for the main team. In parallel, the entire hockey community is worried about Rodion Amirov – he is fighting cancer. 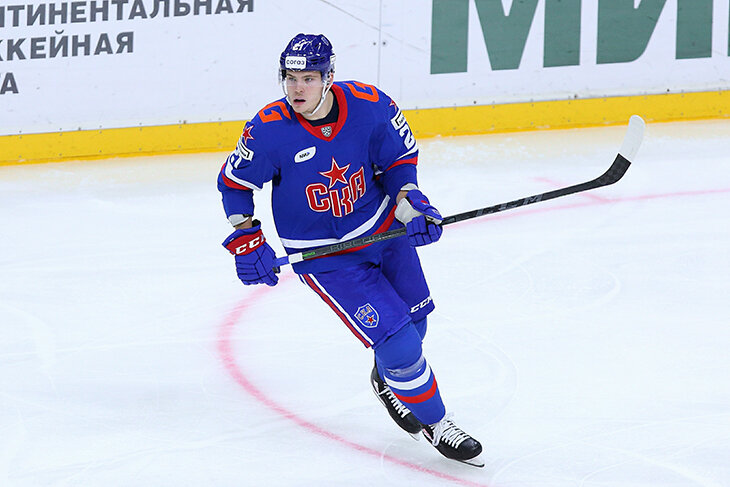 In July, Spartak received a bunch of young players from St. Petersburg for the defender: Sedov, Chibrikov, Svechkov, Kukshtel, Krovyakov, as well as the rights to Maltsev, Morozov, Marchenko and Rubtsov. It seems that SKA won in the exchange: none of the talents has become a star yet, and Nikishin is one of the best snipers and assistants in the KHL among defenders and is fixed in the status of SKA’s leading player.

Gift of the Year – Alex Nedelkovich brought in, Detroit

Detroit lost to Minnesota 5-6 in a regular season game, but goaltender Alex Nedeljkovic made the night memorable. Even at 1:1, he reacted unsuccessfully to throwing the puck into the zone: he  waved his stick at it and scored in his own.

Exactly 20 years before the performance of the American – on March 10, 2002 there was another goalkeeper’s goal – but then Evgeny Nabokov  scored  in strangers.

CSKA beat Metallurg in the Gagarin Cup final. The series lasted seven matches – and in the decisive winning puck, at that time, 41-year-old Alexander Popov scored. The KHL recognized him as the most valuable player in the playoffs, but the striker did not come out for the award. It turned out that he was playing with a torn knee ligament. As a result, Popov did not continue his career – he became a player development coach at CSKA.

Beauty of the Year – Daria Lukonkina

We talked in detail about this girl. 19-year-old Daria won a beauty contest in Nizhny Novgorod, and then became the most beautiful girl in the country – she beat 50 competitors from different regions of Russia. Now she will take part in the Miss Earth 2023 pageant. What is your relationship with hockey? Student of the Pedagogical University – cheerleader “Torpedo”. 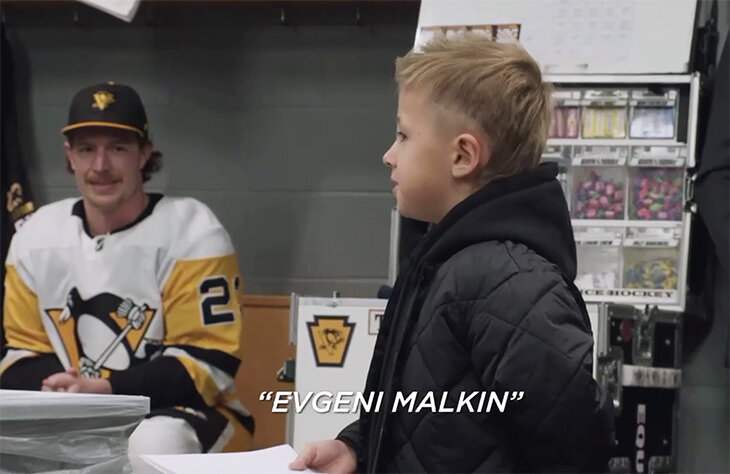 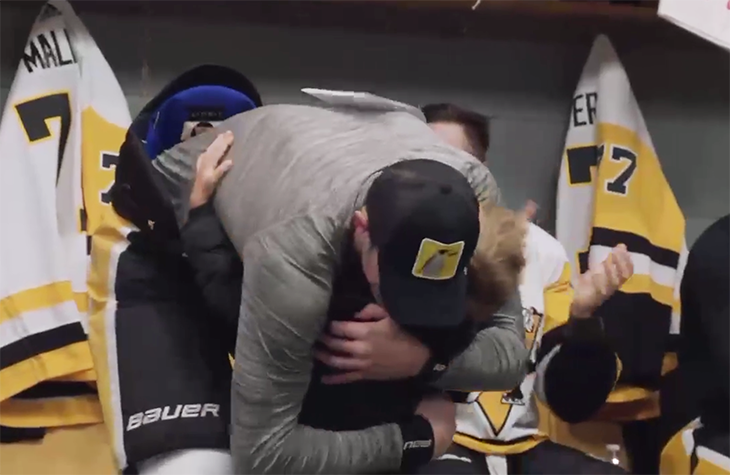 Evgeni Malkin played the 1000th game in the NHL – and in honor of this, Pittsburgh gave him an interesting promotion. 6-year-old Nikita Malkin appeared in the locker room of the club and voiced the starting five of the “penguins” for the match, in which, of course, his father was also. Moment to tears.

All the players clapped for Nikita, and coach Sullivan turned out to be the most impressionable: “I think Gino and Nikita will remember this for a lifetime.”

Party of the Year – Eric Johnson and the Stanley Cup

Johnson is one of the veterans of the current squad for Colorado, he has been with the club since 2011. Therefore, the captain – Gabriel Landeskog – handed over the won Stanley Cup to him. Johnson gave him a flamboyant celebration on the ice, but off the ice it was even more interesting: “We poured a lot of wine in there, but it had a real metallic taste. I can tell you that you can fit 14 bottles of beer in it. We’ve done a lot of testing.”

Motivator of the Year – Roman Rotenberg 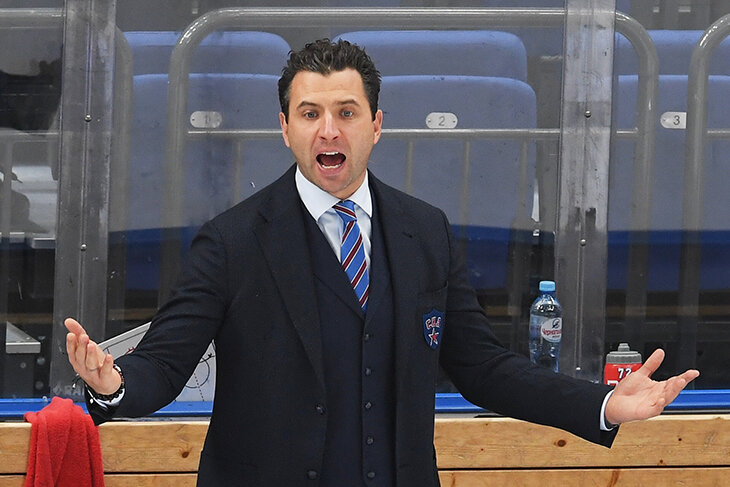 SKA lost to Kunlun 0:3 before the third period, but pulled out the match and won in a shootout (4:3). How did you manage to make a kaiback? Roman Rotenberg clearly thinks that the point is in his words during the break: “For the third period there was a setting – eggs in a fist and a nickel. The guys did it.” Then Rotenberg showed a T-shirt with this quote on his Telegram channel.

Soldier of the Year – Ivan Fedotov

This year turned out to be eventful for the goalkeeper: he played for Russia at the 2022 Olympics, and then won the Gagarin Cup with CSKA. It seemed that now there would be a new stage in Fedotov’s career – he signed a one-year contract with Philadelphia, but did not have time to go there. In the summer he was drafted into the army for a year – he ended up in Severodvinsk. In October, Ivan trained with the Navy team – it’s good that everything is in order with him.

Savior of the Year – Mason McTavish, Canada U20

The 2022 World Youth Championship started twice (with and without Russia) – and ended only in August: Canada beat Finland in overtime (3: 2) – and deprived the rival of gold at the youth level as well. But that victory might not have happened: Canada’s captain Mason McTavish brushed the puck off the goal line in overtime: “I just saw it fly and I thought, ‘We’ve got to do something about it.’ Seriously, I didn’t even realize what happened.” 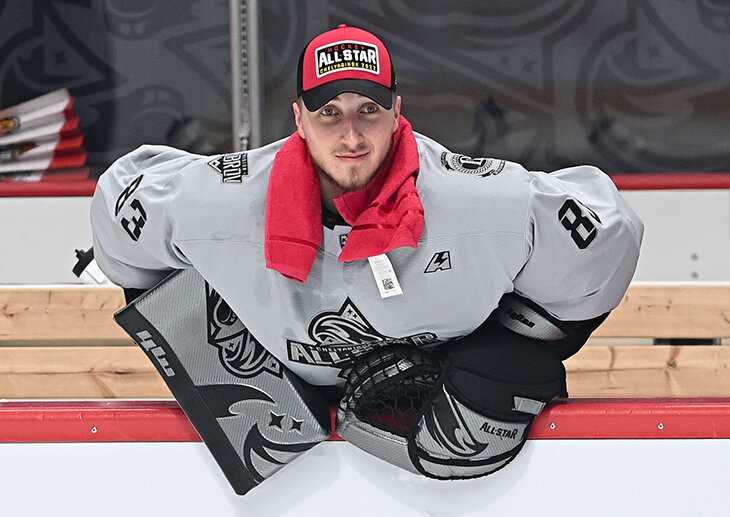 He played in the VHL, left and returned to the Vityaz system, participated in 3×3 tournaments. But in September 2022, Dorozhko experienced a sharp rise in his career: first he made his debut from the bench in the game against CSKA, and already in the match with Lokomotiv he scored 42 saves and played to zero (he missed only on shootouts).

As a result, the goalkeeper established himself at the base of Vityaz, went to the KHL All-Star Game and played for Russia at the Channel One Cup. He experienced all this in a few months.