Daniil Medvedev starts the 2023 season in Adelaide, at a small but powerful tournament, where many tops have also arrived: Novak Djokovic, Andrey Rublev, Karen Khachanov, Yannick Sinner and the already eliminated Felix Auger-Aliassime and Holger Rune.

Medvedev in the first round got a difficult opponent – explosive Lorenzo Sonego . And the match turned out to be enchanting: they played a set with a small one for almost two hours, in the first game Medvedev played nine set points, and as a result, Sonego withdrew due to convulsions with a score of 7:6 (6), 2:1.

Sonego is an aggressive guy. And in this match he coped well with three tasks.

2. Seek breakout opportunities to the grid as often as possible.

3. Use the serve to open up space on the court – and attack it.

Medvedev responded to this with fenced dribbles.

And in general, he was very good in defense and on the move, which allowed him to put pressure on the weakest point of the Italian – stability. This is the one he ended up winning.

Problems began when Daniel himself lost stability. For example, with the score 4:5 in the first set, he had to win back six set points – most of which brought the opponent wild blows in big outs.

But then the pitch came to the rescue. Of the six setballs, only one Sonego managed to enter the draw – in other cases, Daniil fought back with one blow.

And the only exception, by the way, once again demonstrated the strength of Medvedev’s defense. The Italian hit the backline twice there – and the second time it was good, tight – but Daniil did not let him turn it into a positional advantage, and as a result, he made a mistake in trying to seize the initiative a second time.

With the score at 5:6, Medvedev won back a triple set point – and in that case, Sonego mostly earned it himself due to excellent pressure. And that game was even more interesting. Daniil won one set point with a serve, another one – due to the excellent depth of shots.

And then Sonego missed the most real chance to snatch a set. Medvedev went to the net, but the preparatory shot was executed quite centrally, and the Italian had to circle him from the forehand.

But it didn’t hit quite a bit. 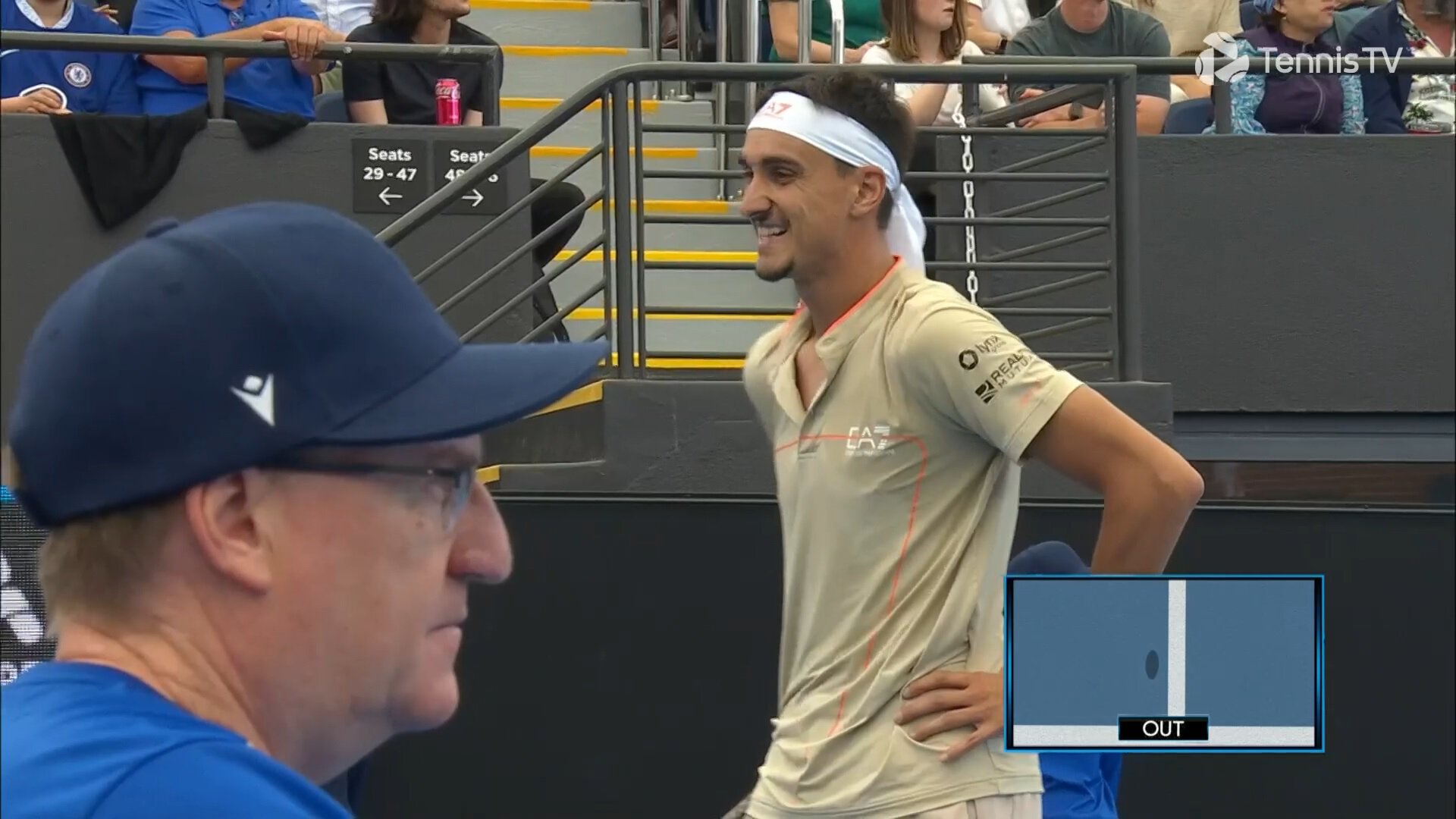 Daniil saved himself again, and at the tie-break he turned out to be bolder at the most decisive moment – with the score 6:6, he made a mini-break, perfectly confusing the Italian’s legs and taking advantage of this to rush to the net.

And when Medvedev took the set, all the tension turned into joy.

After three games of the second game, Sonego began to have convulsions, and he withdrew from the match.

“This is madness. In my opinion, this is the first time in my life when I played nine set points. Well, the match for the start of the season! It is unfortunate that it ended ahead of schedule, and I wish Lorenzo a speedy recovery.

It was a great match and I was surprised when Lorenzo withdrew. Great match. We both could have spent some moments at a higher level, but given that this is the first match of the season, the fight was excellent, ”Medvedev commented on the victory.