Leo Messi is approaching the World Cup final with impressive statistics in the main duel of life – the absentee rivalry with Diego Maradona. 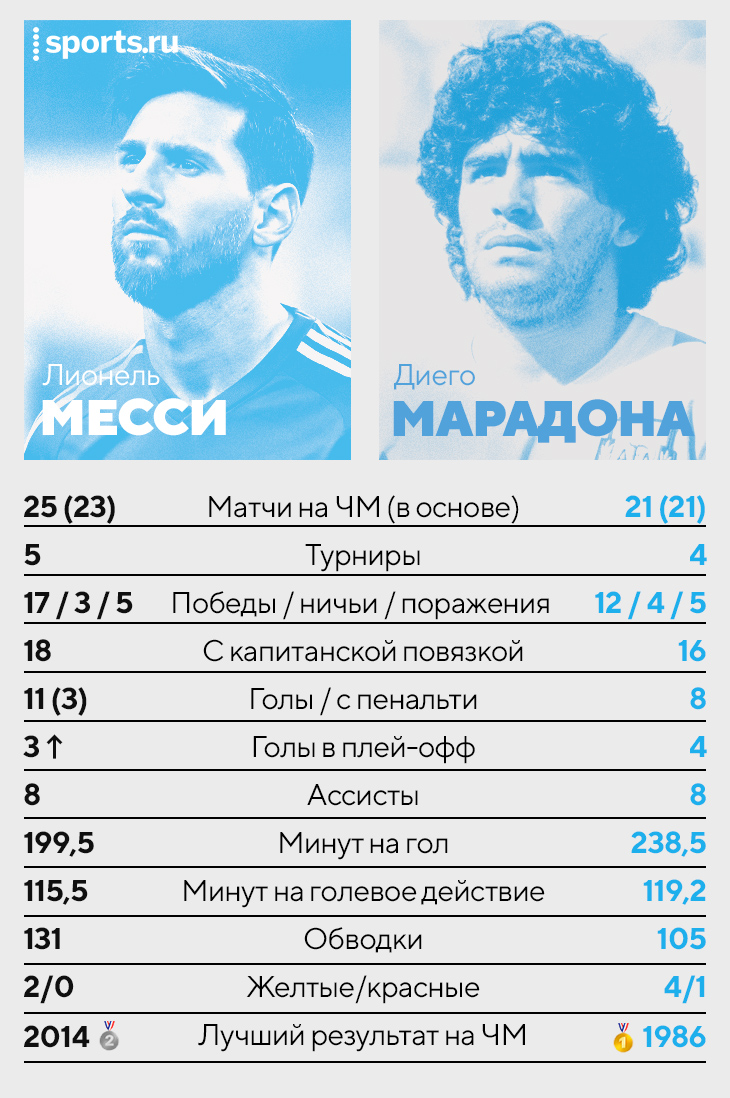 • The main achievement of Maradona has not yet submitted to Lionel: Argentina did not win the World Cup with him. This tournament is the last chance.

• In World Cup goals, Messi overtook both Maradona and, importantly, Batistuta with 10 goals. Before the tournament in Qatar, this was the best result of the Argentines at the World Cup

• Even at the last tournament, Messi beat Maradona in dribbles, but will certainly not break the record: Diego had 53 dribbles at the 1986 World Cup. But Leo is also good: 46 at the 2014 World Cup is the third best result in history (after Maradona and Jairzinho).

• Messi caught up with Maradona in the number of assists. True, Diego scored most of the statistics in one championship: in the victorious 1986, the Argentine scored 5 goals and gave 5 assists. For comparison: in 1990 (Argentina finished second), Maradona had only 2 assists and not a single goal.

Maradona 1986 – the peak of genius. This is the best individual performance in World Cup history.

Messi at the World Cup

Maradona at the World Cup

1994. 2 matches, 1 + 1 Argentina lost in 1/8 to Romania (2: 3), but without Maradona: before the last match in the group, Maradona was tested positive for 5 substances at once: ephedrine, norephedrine, pseudoephedrine, norpseudoephedrine and methylephedrine . He was disqualified.

And here’s who they scored. 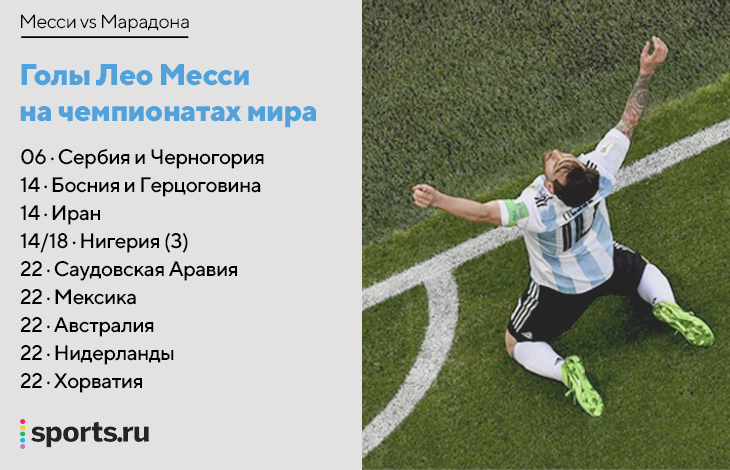