This post was written by a Sports.ru user , every fan can start writing (you can do it here ).

You are in the official blog of the football club “Amkar Perm”. This is the “historical successor” of the same “Amkar”, which played for 15 years in the Premier League, entered the Europa League and could not play without the Bulgarians.

In 2018, Amkar died due to financial problems. In 2021, a new team appeared under the Amkar Perm brand – and began its history from the second league of Russia. This blog contains a chronicle of the formation of the club: match analysis, historical materials and cases of team promotion. 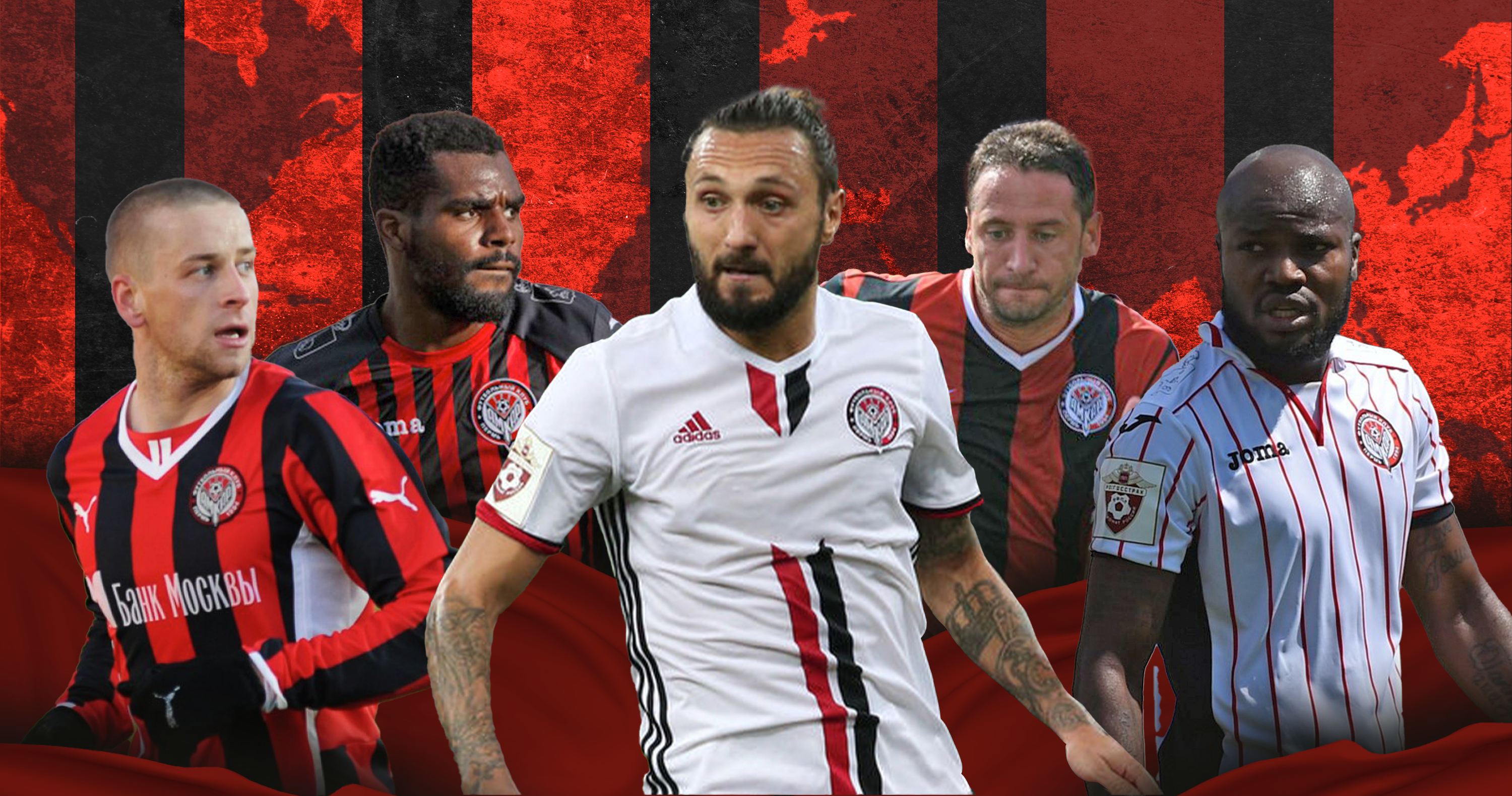 In this text, we recall all the foreigners who played for Amkar from 1994 to 2018 (more precisely, from 1999, according to open data). Yes, not only Bulgarians played in Amkar, but also citizens of the USA, Japan, Guadeloupe, Morocco and the first Spaniard in the history of the RPL.

Category “Who was the most”

The post-Soviet countries are in the lead, Serbia, Bulgaria and – unexpectedly – Nigeria: as many as 5 citizens of this African country played for Amkar. True, the same Brian Idova is more likely to be called a simple Russian guy than a Nigerian: he was born in St. Petersburg, went through the youth team of Amkar and has been playing in Russia all his life.

Category “They were few, but we remember them all”

Three foreign players from five countries at once – Eastern Europe and Brazil. It is curious that two of the three Brazilians appeared in Amkar in the same year – under Dimitar Dimitrov at the beginning of the 2009 season. More than others, Jean Carlos, who played against Fulham in the Europa League, was remembered more than others. Played for the Perm and two US citizens. True, they played only seven matches for two.

Category “Team of the World”

One player each from different parts of the world: from the Caribbean to Japan, from North Africa to the Baltics. In the history of Amkar there was a Japanese, an Iranian, a Moroccan, a Spaniard, a Dutchman and even the captain of the Estonian national team. Aleksey Popov, who was born in the Perm region, managed to play 4 matches for the national team of Kazakhstan. And African players came to Perm not only from Nigeria – let’s remember Twumasi from Ghana and Konde from Guinea. 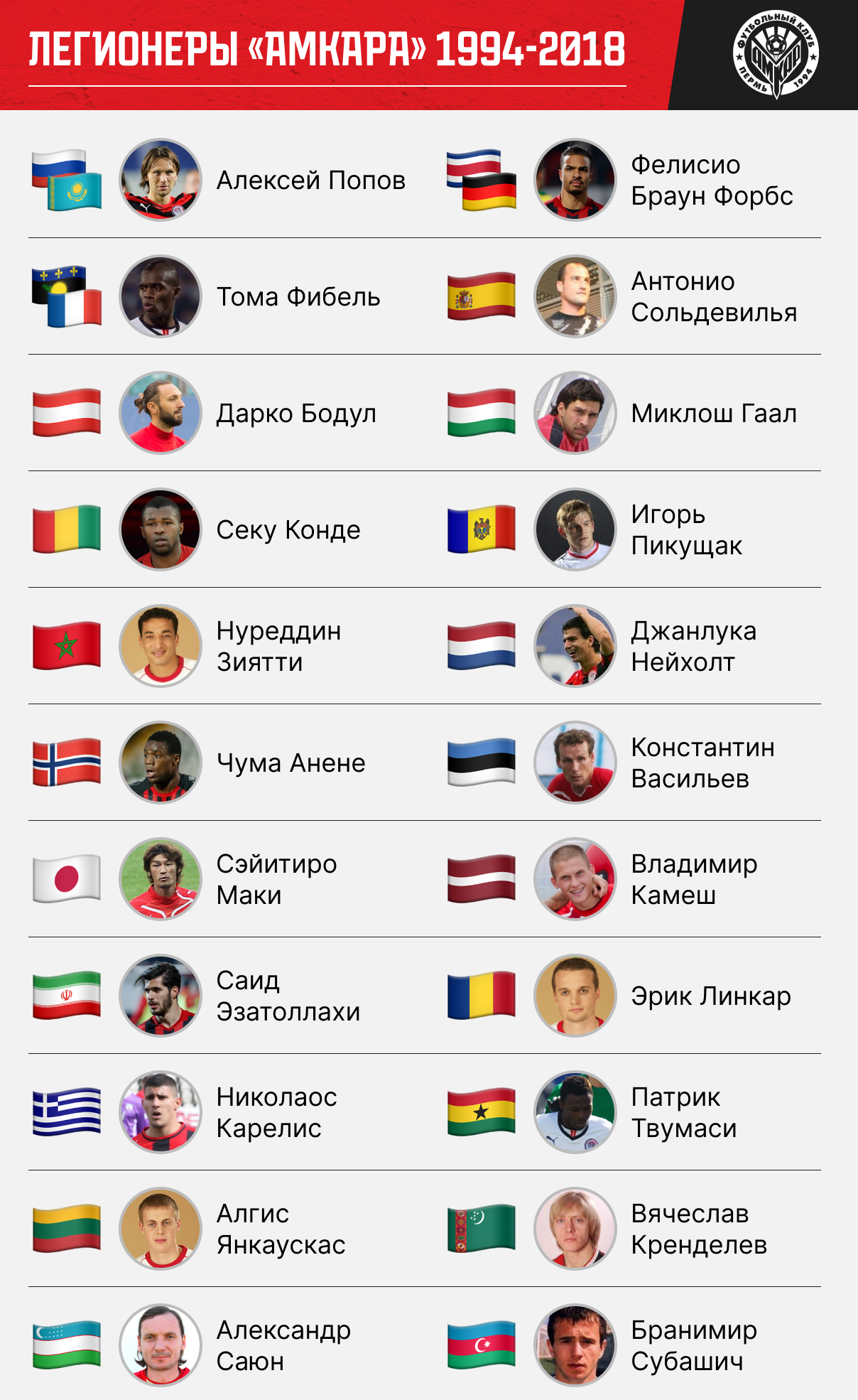 There were only three foreign coaches. The first (and most successful) foreign coach was Miodrag Bozovic. After his departure to Moscow, Bulgarian Dimitar Dimitrov arrived in Perm and worked for a little over six months, he was remembered only by the victory in the second leg of the Europa League qualification over the future finalist of the tournament – Fulham.

The most unfortunate foreign coach at the club was Serbian Slavoljub Muslin. Under his leadership, Amkar in the first half of the 2014/15 season firmly settled at the bottom of the standings. The situation had to be corrected by the experienced Gadzhi Gadzhiev, who worked until the club closed in 2018.