Pro scouting. How has the functionality of cornerbacks changed?

At the beginning of the winter series “What? Where? When?” experts got a question from Voronezh – they took out a black box. Here is the wording:

“According to the three-time Olympic champion in Greco-Roman wrestling Alexander Karelin, respect for a coach begins with the fact that an athlete comes to training on time. And respect for the opponent starts even before training and before the competition – with what cannot be done without what is in the black box..

Mikhail Savchenkov in the first seconds suggested that there was a razor in the black box: athletes shave so as not to scratch the opponent with bristles. This version was approved by Captain Maxim Potashev, who said that shaving is part of the wrestlers’ etiquette. But the team lost the round.

At the same time, Karelin himself confirmed Potashev’s opinion when he held a master class in Kazan in 2017: “You need to feel respect for your opponent. It starts small: being clean-shaven and with trimmed nails. Because it guarantees the undamaged skin of the opponent during the fight. For example, knowing that I would go out on the carpet today, I cut my nails. You can check. 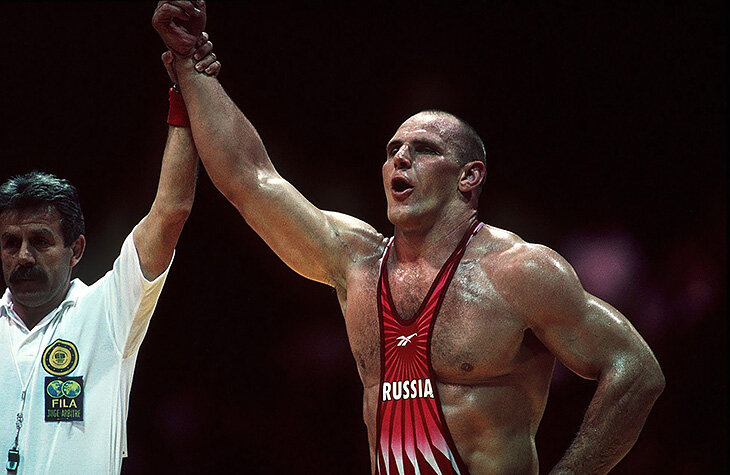 During a minute of discussion, Anastasia Shutova put forward a variant with scissors. He turned out to be correct.

Before training and performances, wrestlers must cut their nails so as not to injure the opponent.. Karelin talked about this rule to children at master classes:

“Guys, listen to the coaches. How do you show your respect for a mentor? Arrive on time for training and follow all instructions, cut your fingernails so as not to injure your opponent. And think with your head, turn on your brain! Wrestling, like swimming, like gymnastics, like other sports, is, first of all, creativity.” Karelin spoke about trimmed nails when he spoke about MMA: “What can mixed martial arts teach the younger generation? How to mix vodka with beer. But there are poorly predictable consequences – you didn’t correlate a little proportion, and you already feel bad. I am convinced that this is not a sport. It’s obvious to me that this is a competition system.

Fedor Vladimirovich Emelianenko did a lot to ensure that they applied the most correct, most faithful innovations from the part that is called the spectacle – but even here they speak the language of the show, which is incomprehensible to me. And if Fedya wasn’t good at sambo, he wouldn’t be so threateningly good at these mixed martial arts.

And most importantly – what will they mix? How can you mix the skills gained in the judo hall with the skills of a wrestler or a representative of the kyokushin? If our respect for an opponent begins with our nails trimmed the day before, how can we move on to beating the defeated on the floor?