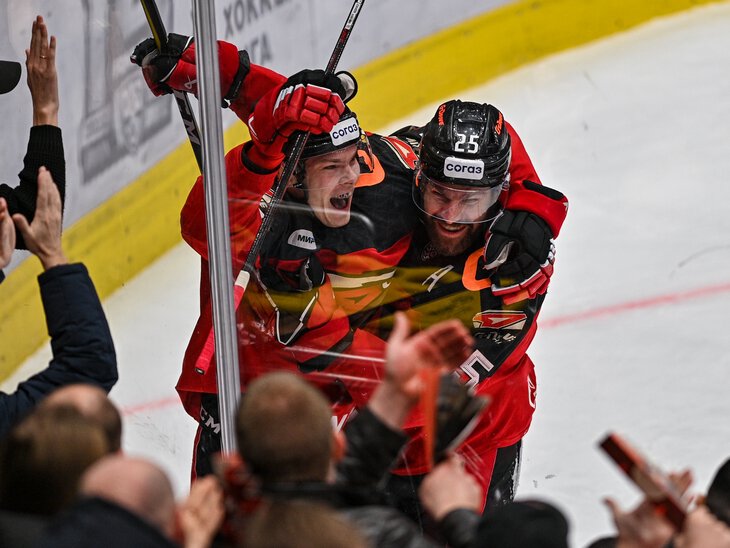 If last week in the KHL will be remembered for the loan of 18-year-old SKA striker Matvey Michkov to Sochi and his first goal for a new club , then right before the New Year holidays, another talented junior decided to take all the attention on himself – Ivan Miroshnichenko from Avangard.

On Monday, he scored his first league goal in his seventh game. At the end of the first period, Barys decided to make a fantastic shift at the wrong time – Fedor Malykhin gave the young partner under the blue line, and Ivan definitely threw it under the post.

“Emotions are the best, there was an explosion of emotions on the court when I saw this puck behind the ribbon. And the partners were very happy. This cannot be described, probably, – Miroshnichenko said in the locker room to the correspondent of the “Championship” . – Was it uncomfortable to throw? Well, it’s uncomfortable for you – it’s uncomfortable for the goalkeeper. He missed the first goal over the trap – I tried to throw it there too. And the throw turned out to be sharp, a little unexpected for him – and flew.

Of course, it was a little annoying [that I couldn’t score the first goal] – and there were good moments: I threw two 1-v-0s. Long awaited goal. You can say that I am adapting to playing in the KHL, earning the trust of a coach – and with each match I play more and more.

The puck is really long-awaited for Ivan, but even in the spring of this year it was not clear whether the 2022/23 season would be in the hockey player’s career in principle – in March he was diagnosed with Hodgkin’s lymphoma. The player in his fight against cancer was supported on both sides of the ocean – even Mario Lemieux, who managed to defeat this disease in the course of his career, called him via video link.

Miroshnichenko underwent a course of treatment – and already in June he was admitted to training, and in July, Washington selected the forward in the first round of the NHL Draft – under the 20th number. 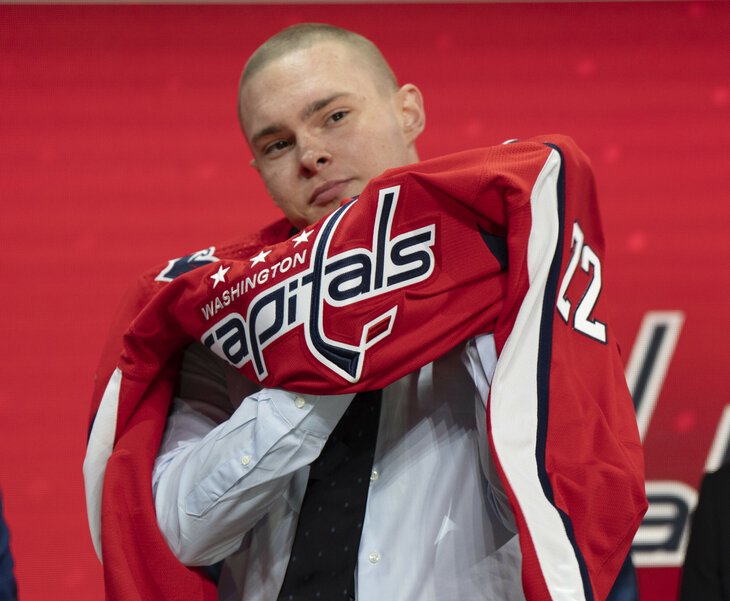 “I was in Germany in April for the U18 World Cup and met Ivan and his father,” said Washington Capitals assistant general manager Ross Mahoney. – He had already completed the second course of chemotherapy, lost a lot of weight, lost his hair and wore a cap. I thought, “What a tough situation.” Then we got on a Zoom call in May when he was finishing treatment and he looked much better. We met again for an interview during the week of the NHL Draft (7-8 July) – and here he looked great.

When it was our turn to choose, we took the best player available to us. Before that, we discussed and hoped that Ivan would be available at that time – we were very happy to give his name.

At the end of October, Miroshnichenko returned to full-fledged training with the team, and in November he took to the ice in the MHL. And very quickly it became clear that in the youth league he was simply cramped. He was promoted to the VHL, and in December he was called up to the main team.

Ivan Miroshnichenko became the ninth player under 19 who managed to score a point this KHL season – in total, 27 (25 field + 2 goalkeepers) players of this age managed to play in this regular season.

Ivan’s first goal was noted even by KHL President Alexei Morozov in an interview with R-Sport : “Miroshnichenko is one of the most talented players of his generation, he is the future of our hockey. And his return to the ice after an illness once again proves that nothing is impossible in sports. This is a very inspiring example of willpower and love for hockey.”