You have to be responsible for your words.

The Internet remembers everything – such a simple and indisputable phrase.

According to Al Arabiya, Cristiano signed a contract with the club from Saudi Arabia until the summer of 2025. Ronaldo’s salary will be 200 million euros per year.

On Twitter, the Portuguese has already been reminded of his arrogant remarks regarding Xavi and his move to Qatar.

“Xavi has never won the Ballon d’Or, I don’t care about his opinion. He went to Qatar because no one needs him,” Ronaldo said.

And 2015 was even more fun. Ronaldo has clearly said that he does not want to end his career in the US, Qatar or Dubai – this is “not good”. He wants to finish at the “top level, in a good club”.

They tweeted: “Let’s not ignore the real reason he signed the contract: to make Piers Morgan look like an idiot.” 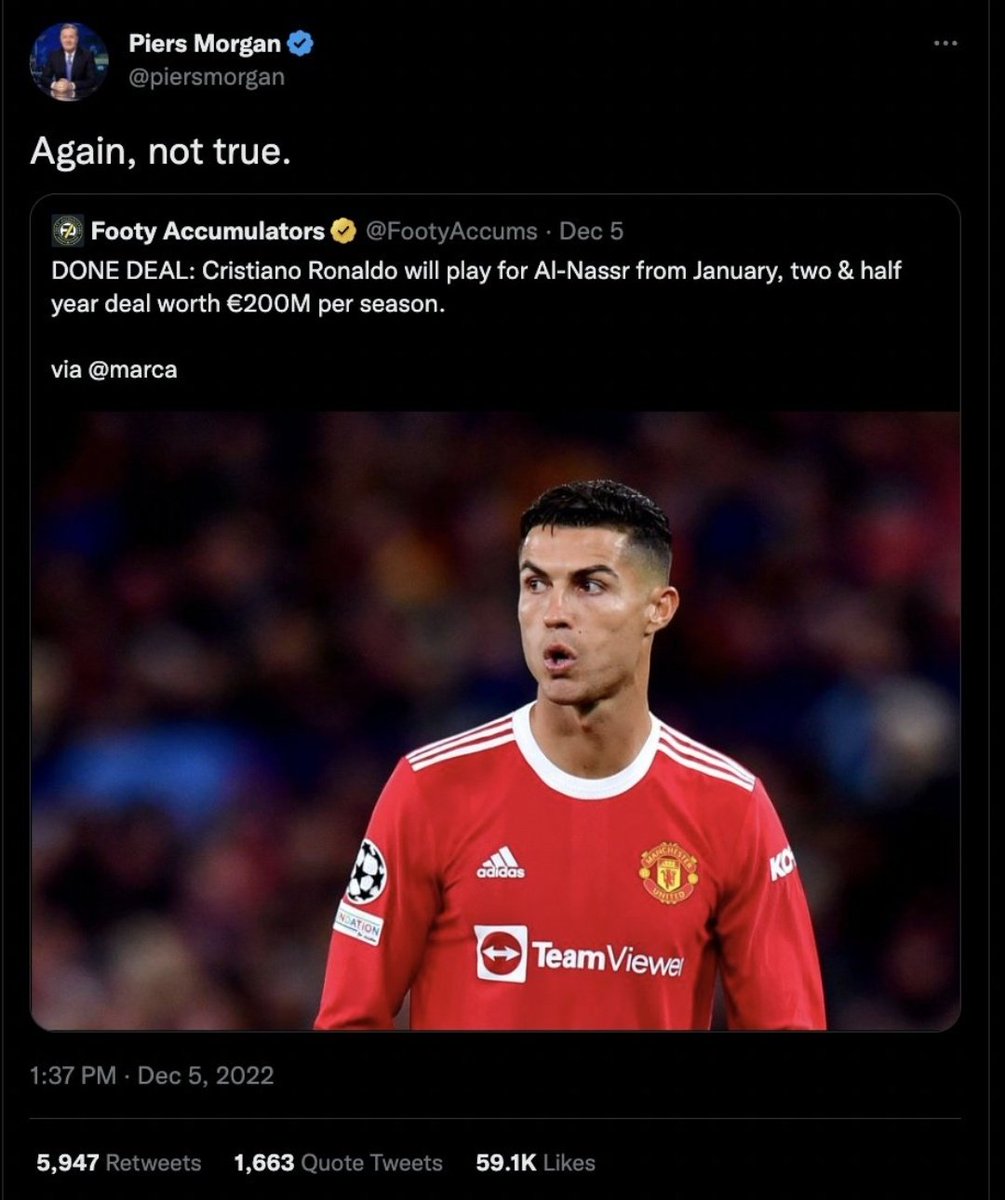 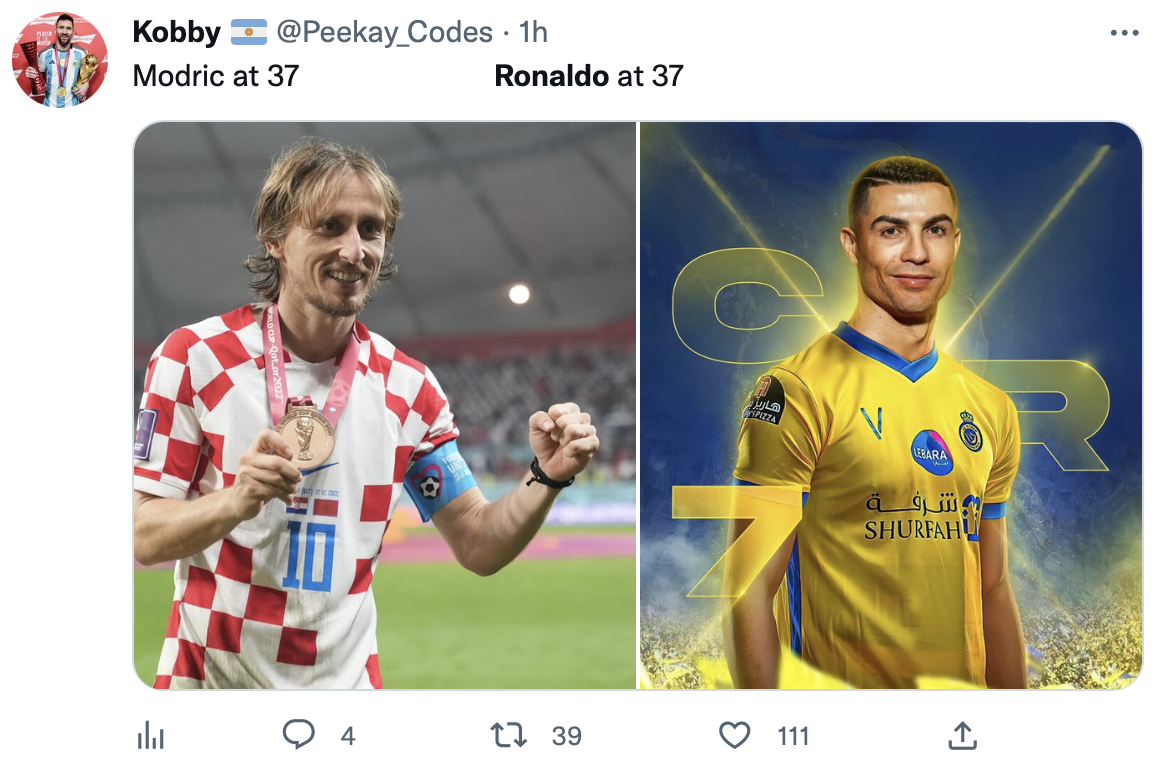 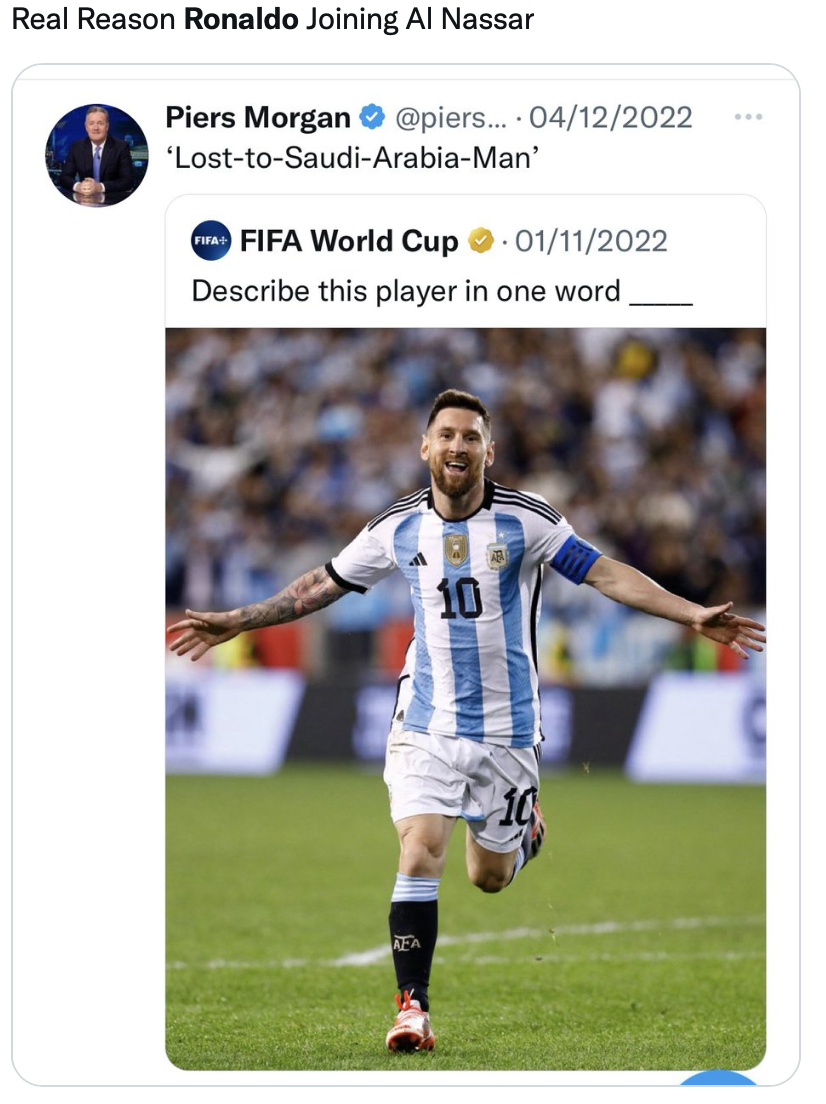 “Learn, Mbappe! This is how you make money!”

But Al-Nasr has doubled the number of subscribers in a day! 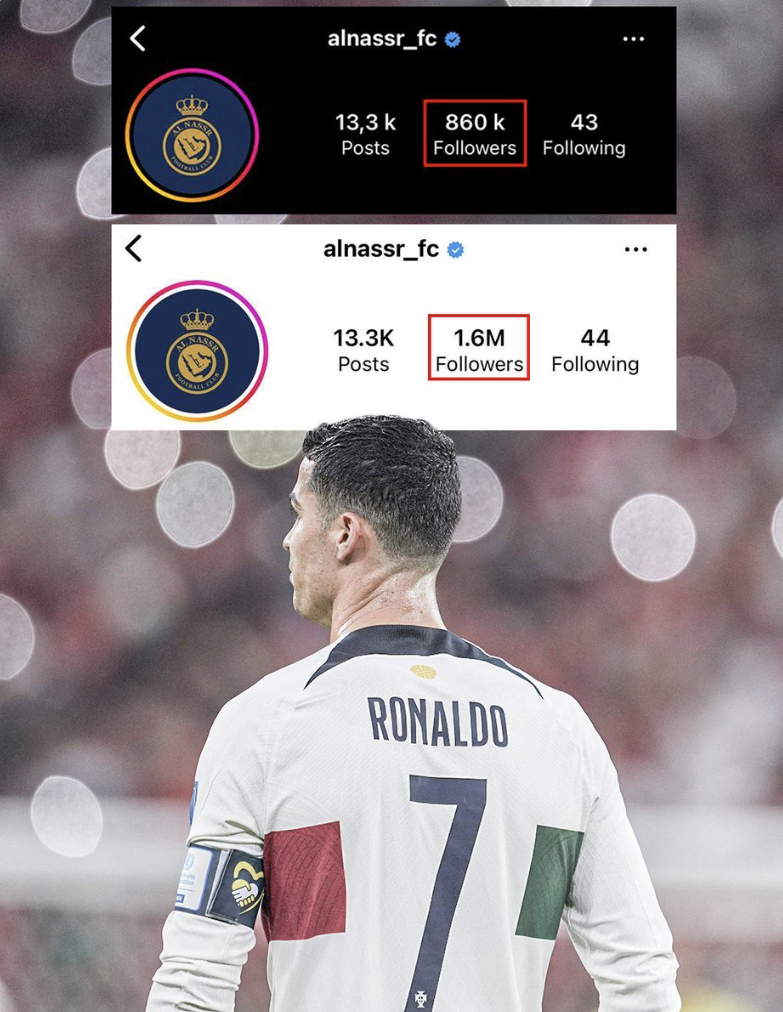