Berhalter – a family friend – made Reina a substitute. Now suspended pending investigation due to incident.

Remember when Giovanni Reina was almost put on a plane from Qatar? The story turned into a powerful scandal with the head coach of the US national team – domestic violence was revealed.

It turned out thatin 1991, Gregg Berhalter kicked his future wife in the legs. And now this is no longer a rumor, but confirmed information.– the details were told by the coach himself and his wife, they reacted to the rumors in this way. After that quarrel, relations between them quickly improved, they got married and have long been happy together.

The backstory of how everything was revealed now is surprising:Gio Reina’s parents made a long story public in retaliation for the treatment of their son at the World Cup. The player’s father – Claudio Reina, the legend of the US national team, mother – in 1991 was a neighbor of a girl with whom the current head coach of the national team quarreled (and then married).

Gregg Belhalter, who traveled to the 2022 World Cup with a young team, was entrusted with preparing for the 2026 World Cup at home – but now all this is in question because of the scandal, especially in the American society that is sensitive to such incidents.

The story and its discussion will certainly be long, as will the aftermath. Let’s look into the details.

How it all started: The national team coach gave Reina a limited role – the player went berserk and stopped training normally

In Qatar, Gio Reina spent only 52 minutes on the field. But he was generally lucky to stay in the team until the playoffs (the Americans flew out to the 1/8 finals from the Netherlands, when Denzel Dumfries did 1 + 2). A conflict surfaced in the media: Giovanni was going to be sent home from Qatar due to a bad attitude towards training. 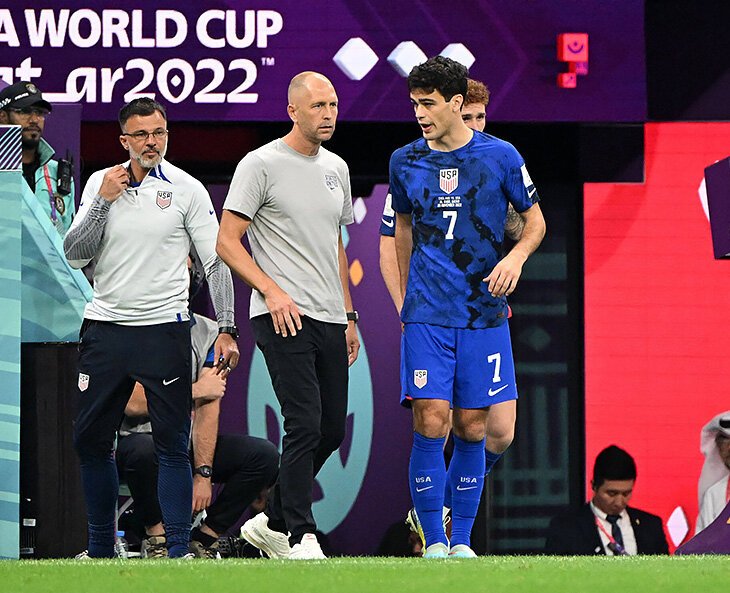 Gregg Berhalter, when explaining the situation publicly, did not name names, but made it clear that, by the standards of the team, something significant happened at the World Cup:

“We sat for hours and wondered what to do with it. We were ready to buy a ticket home, the situation became so serious. Everything went to the fact that there will be another conversation. They told him that he should apologize to the team, but not just “guys, I’m sorry”, but also say why. What was great – after his apology, everyone got up and said: “Look, this was not enough, and you, as a teammate, did not live up to expectations – we want to see changes,” the coach said.

It turned out that he was talking about Reina, and the reason was how weak and even strange the impression he made. And in a friendly match four days before the start of the World Cup, and in training before the opening game of the tournament against Wales. Judging by the information from the team, two options were seriously considered there: either Giovanni is so careful not to get injured, or he is so offended that he is not planned for the starting lineup.

It turned out that everything was really because of the role in the team: during the match with Wales, realizing that he would not even come out as a substitute, Reina threw the shields, and the next day he again played the fool in training. ESPN gave a bright insider:the team even had a vote on Reyna. Outcome: 13-12 in favor of Gio remaining with the team in Qatar. Yes, the decision was made democratically, but almost half the team was against.

Reina himself then reacted on social networks. He confirmed that it was with him that the problems in the national team arose: “Before the World Cup, Berhalter told me that my role in the tournament would be very limited. I was shocked. I always put my passion into the game, football is my life. I really hoped to help our talented team at the World Cup and wildly wished for it.

As a result, this desire and these emotions got out of the US team sideways. Moreover, what happened at the World Cup itself is a trifle compared to what happened next.

Reyna Sr. was upset, and his wife called the Federation – and revealed a dirty plot from Berhalter’s youth

And then – the root of the current scandal, which goes far beyond the problems within the football team.

The situation in which Giovanni found himself greatly upset Claudio Reina, the father who played 112 matches for the national team. He and his wife, mother Daniella, decided to act – and in very strange ways.

Reyna’s mother has contacted the US Football Federation with information about the Berhalter family incident– spoke about the act of aggression against his future wife. 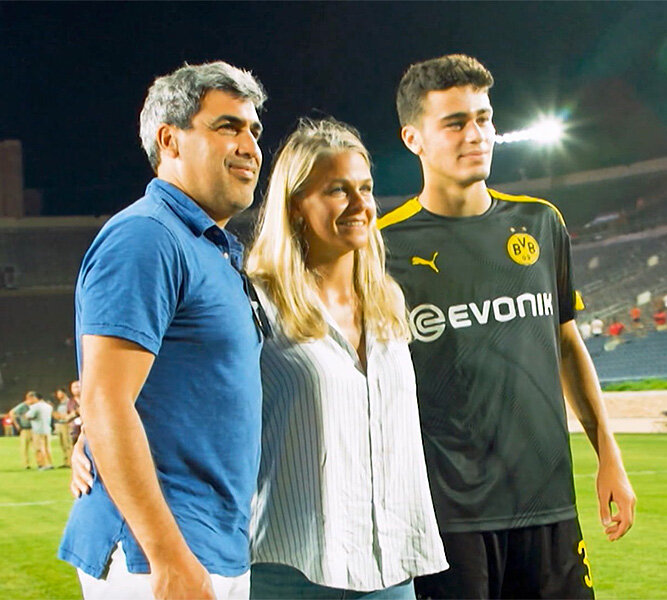 She may have known this because she was the roommate of Berhalter’s future wife in 1991. “Our families are very close,” said the US coach. – We are very good friends. Sometimes I look at Gio and imagine myself on the field. It’s like you’re including a family member in the game.”

At first, only rumors appeared, and the information received by the US Football Federation was called anonymous. But the Berhalter family decided to play ahead of the game, Gregg and his wife Rosalind released a detailed statement, including outlining the details of what happened there:

“I just turned 18. I was a college freshman when I met Rosalind.One evening, while we were drinking at a local bar, Rosalind and I had a heated argument that continued on the street. And I kicked her legs“Berhalter wrote. 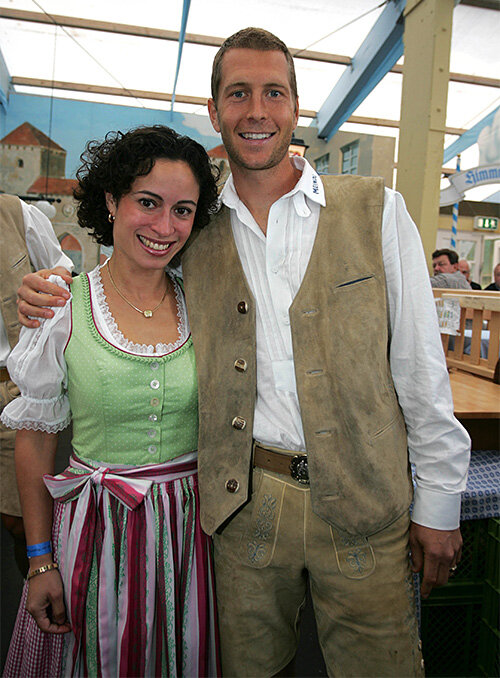 As Berhalter notes, after that he turned to a specialist for help. Gregg and Rosalind subsequently developed a relationship and married, and they have four children. They recently celebrated their 25th wedding anniversary.

Gio Reina’s mom insists it’s not blackmail. She spoke about the incident to compare the situations of her son and the national team coach

Claudio’s wife and Giovanni Reyna’s mother admitted that she did call the Federation – but she claims that it was not an attempt at blackmail.

“I have known Ernie Stewart for many years and consider him a close friend. I wanted to let him know that I was outraged and destroyed by the terrible situation Gio was in. I felt betrayed by someone my family had considered a friend for decades.

As part of this conversation, I told Ernie that,I think it was particularly unfair that Gio, who apologized for being immature with his playing time, was still being vilified. And Gregg asked and received forgiveness for doing something much worse at the same age.. 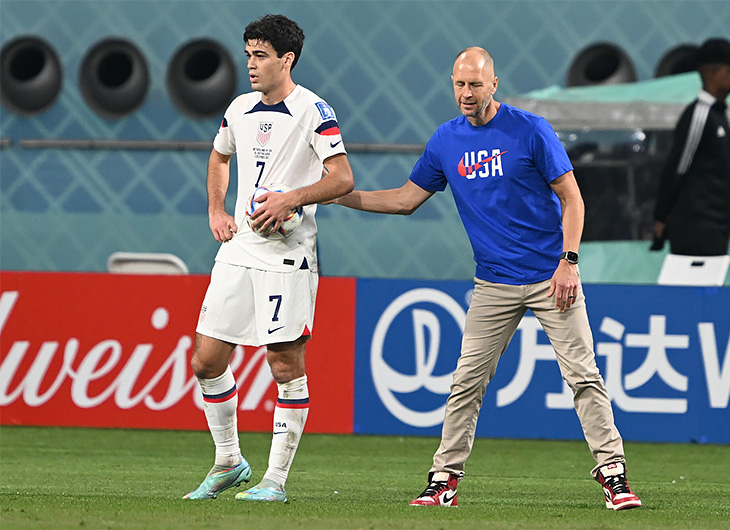 Rosalind Berhalter was my roommate, teammate and best friend. I supported her after that incident. It took me a long time to forgive and accept Gregg after that.

But I worked hard to forgive him and ended up making both of them and their children a huge part of my family’s life. I expected him to show the same favor to Gio. That’s why the current situation is so painful and difficult,” Giovanni’s mom explained in a public statement.

It looks like the family friendship is over. That story in 1991 remained closed to the majority, and now it definitely affects Berhalter’s reputation and can affect his career.

Gregg and Rosalind Berhalter are cooperating with the Football Federation – they have already hired lawyers to investigate the incident.

Gregg was temporarily suspended from work in the national team, Berhalter’s assistant Anthony Hudson will prepare the team for the upcoming games , on January 25, the Americans are scheduled for a friendly match with Serbia.