Liverpool started the year sadly, getting 3-1 away from Brentford. Jurgen Klopp criticized the team’s defense on set pieces, and at the same time was very angry with the judges.

With the score 1-2, Liverpool could still save the match, but the third goal at the end of the match from Brian Mbemo killed all chances. According to Klopp, it was impossible to count the ball.

The goal was scored when the 194 cm Ibrahima Konate was on the lawn after contact with Mbemo, who converted a one-on-one. Then Konate lost his balance. And spread his arms to the sides after the goal.

The moment can also be viewed in dynamics .

“Trying to talk to the judges about it is like trying to talk to my microwave, there will be no answer. Always the same, – Klopp was indignant after the game. – Brentford could dictate the course of the game because of the way the referee whistled. This is a departure from the rules. VAR hides behind the phrase “neither explicit nor obvious [error].

We had a meeting [with the judges] before the start of the season. For such behavior in the penalty area, the referees must blow a whistle. They don’t. I don’t expect them to make decisions in our favor. I just expect that a hold [by hand] is a hold, a push is a push, and a foul is a foul. There is a reason Brentford are so successful at attacking set pieces and not at defensive ones.

I’m not happy with how we defended on set pieces. We weren’t perfect. But Brentford broke the rules in those moments.”

The referee was Stuart Ettwell, and Darren England worked for the VAR.

Who else has Klopp criticized this season?

He is clearly not happy with everything – the World Cup (“It will be held at the wrong time for the wrong reasons”), injuries (“It feels like we have a witch in our house. Every day someone was eliminated for the craziest reasons”), even the field in a game with Fulham (“It was dry”). And Klopp also grappled with Dietmar Hamman and Gabriel Agbonlahor, who criticized Liverpool.

Judges didn’t get it that often. The most striking examples are two. Klopp criticized them twice when Liverpool conceded three goals. Just like Brentford.

• Liverpool lost 2-3 to Arsenal and Klopp didn’t like the penalty against his team: “I don’t think that penalty is obvious. I don’t think it’s obvious, it’s very easy to assign. I guess this is the situation that the referee sees differently in real time.” 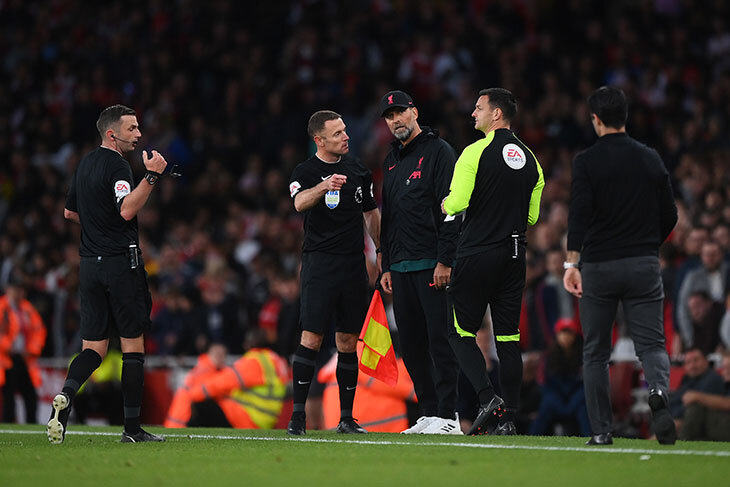 • Rival Man City, same score (2-3), only now in the League Cup, where there is no VAR. “Haland was offside early in the match. He was, I tell you. Judges are used to VAR and all of a sudden you’re telling them, “Not today.” In a few episodes, it seemed like they were waiting for a clue or thought the VAR was still there,” Klopp said.

And he asked a logical question: “I understand that in previous rounds it was not possible to apply VAR in some stadiums. But here at City vs Liverpool, all the technical possibilities are there, so why don’t we use them?”

And last season, the judges got it more often from him?

It seems not so much. In the game against Burnley, he complained about the frequent play with his elbows, considered that West Ham scored against Liverpool in violation of the rules, criticized Harry Kane’s failure to remove him, turning to Paul Tierney: “I have no problems with the referees – only with you.” And he defended his player: “It’s just crazy how few fouls are fixed on Salah.” 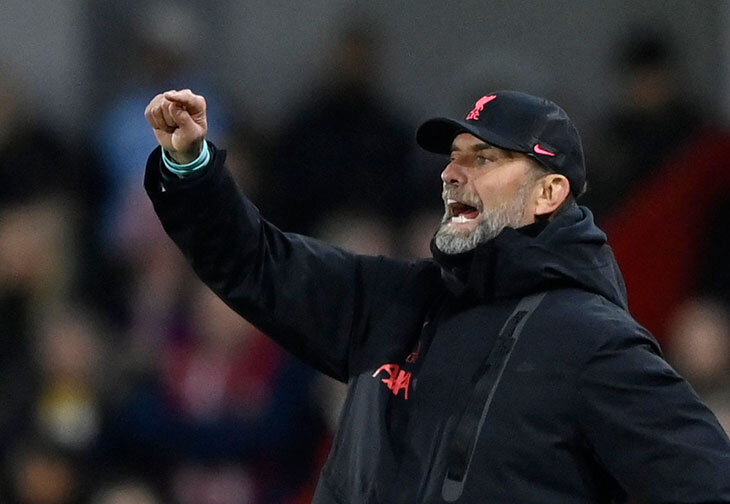 Failure to remove Kane and red to Robertson: Tottenham and Liverpool sparked not only with goals

And he once said: “I heard that Manchester United took more penalties in 2 years than Liverpool in 5.5 years.” Ole Gunnar Solskjaer later reacted: “One coach was worried about how many penalties we were given, and after that, it seems that penalties became more difficult to award. From that moment on, I felt a big difference.”

According to the statistics of complaints and excuses (The Athletic collected this too!), Klopp is only 12th in the Premier League. Most of all, Thomas Tuchel complained about external factors, Mikel Arteta took second place. True, it must be borne in mind that Liverpool had fewer points losses, which means less opportunity to complain.

Liverpool continue to struggle this season 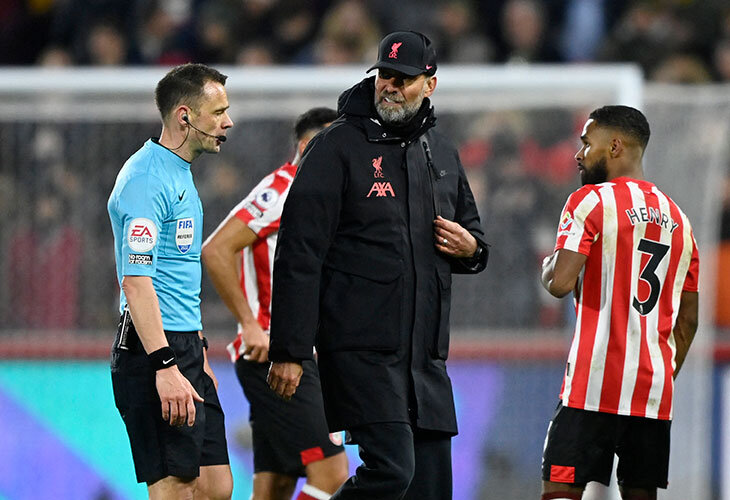 Liverpool are sixth in the Premier League table. They are four points behind the top 4, and still have a game more. From City – minus eight (and also a game more), and you can’t even dream of a championship – almost 20 points less than Arsenal in terms of losses. However, after October it was even worse – the ninth place. Since then, Liverpool have at least won four times in a row.

In the Champions League, the team confidently advanced from the group, but now they will play with the current winner – Real Madrid. And Liverpool have already dropped out of the League Cup.

The further calendar until the February Champions League is generally sparing – Liverpool will play with Brighton and not too convincing Chelsea, and then meet with teams from the lower part – Wolverhampton and Everton. But right before the game with Real Madrid, there is a meeting with the dangerous Newcastle (goes in the top three).