“NBA Live 2003” was a bizarre and contagious eccentricity, from the mistakes and successes of which the developers of subsequent hits learned a lot. This is what sets her apart from the rest of the series. But they love her not only because her advantages and disadvantages became the progenitors of future, more innovative simulators, but for the soundtrack that changed the attitude towards music in games as an independent genre.

The style made the game memorable, but it went down in history thanks to the soundtrack 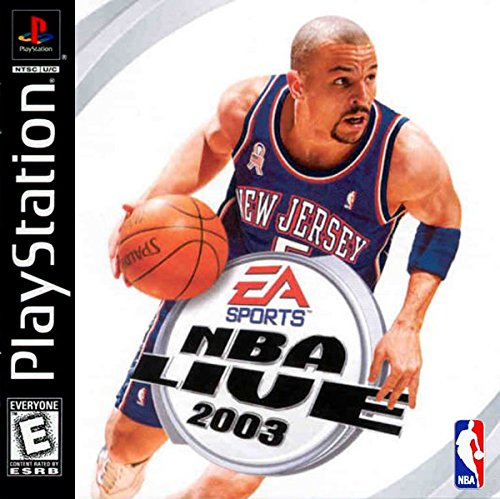 At the start of the 2000s, NBA Live 2003 was a very technical game. It introduced the Freestyle control system, which made it possible to personalize the dribbling of basketball players, making their movements recognizable. A more modern graphics engine made it possible to display tattoos on the bodies of basketball players, which made them even more realistic and recognizable. All this implied the interest of buyers, but was by no means what the developers were betting on.

“First of all, we wanted to make the game stylish, and for this we were ready to give it a more arcade look. Make her cheerful, unbridled. Today, all those 3-point run-up dunks are laughed at, but back then, deliberately giving up on trying to make the simulation as realistic as possible was a pretty big risk,” said Larry Probst, who was in charge of EA Sports at the time.

The fact that the creators preferred courage and an atmosphere of recklessness to a boring imitation could be judged at least by the groovy intro.

Under the cover, which flaunted one of the NBA’s most versatile point guard Jason Kidd, the developers at EA Sports for the first time placed the ability to choose the team’s uniforms and players’ shoes. In the scenario of the match, attention was paid to the pre-game performance of basketball players and coaches, and most importantly, they provided the brainchild with a juicy soundtrack.

Music in general has become one of the main features of the game, on which the developers have made a conscious emphasis. And, as history has shown, they did not lose. NBA Live 2003 was the first video game soundtrack to sell 1,300,000 copies and be certified platinum. In addition, the soundtrack is still the only soundtrack for a sports game that has managed to achieve such sales.

In addition to the fact that “Electronic Arts” drove to the recording of the most relevant performers of the time, they went for one more little trick.

The limited edition editions of NBA Live 2003, in addition to the game itself, included an 8-track NBA Lifestyle CD with a discount coupon for the original soundtrack with bonus tracks. This idea belonged to Steve Schur, General Producer of the International Music Department of Electronic Arts. Critics quickly disliked the enterprising and far-sighted businessman and for a long time refused to recognize the platinum status of the soundtrack, noting that in some cases the music disc was not sold separately, but together with the game, therefore it could not be considered an independent, separate purchase.

To which Shur reacted with the calmness of a capitalist boa constrictor.

“I see no reason to sell a CD of music separately in a diamond-encrusted case just to have someone certify it accordingly.”

Schur was largely responsible not only for the success of the NBA Live 2003 soundtrack, but also for changing the concept of game music.

Prior to his rise to leadership in the early 2000s, the music departments of game companies were forced to run around record labels and haggle over the purchase of a license to use a particular song on a soundtrack. Schur made it easier, he began to work directly with the performers: most often he asked to re-record an already existing song with several changes in the verses. In most cases, these changes contained references to the game itself or its characters. This is how amazing collaborations like Snoop Dogg and The Doors came about. The rapper reworked the band’s timeless classic, “Riders on the Storm,” with the lines “Need for Speed, I’m trying to take the lead,” and the song was featured on the soundtrack of the famous car simulator and the Electronic Arts music catalog at the same time. .

Thanks to Shura, representatives of other industries began to come to Electronic Arts and ask them for songs. So the messengers of Universal Pictures came with a request to take the orchestral theme from the game “Medal of Honor” for the trailer for the movie “Seabiscuit”.

And shortly after the release of NBA Live 2003, Shura and his wards were approached by MTV. The music channel called out with a request to use the track Freeway feat. Memphis Bleek and Just Blaze “Let’s Go”.

So, to some extent, Schur and NBA Live 2003, as the main proof of the right strategy he chose, modified the attitude of the masses towards music in computer games.

The Jay-Z label was brought in to record the soundtrack, Snoop Dogg was paid with clothes, and the rapper Hot Karl became a hidden character

The flagship of the collection was, of course, the murmuring agitation “It’s in the Game” performed by rapper Fabolous, who was also taken into circulation by industrial bosses.

“I was signed to promote the game and the soundtrack, and at first it seemed to me that it would be limited to only a couple of shoots. In fact, I went on promotional tours all over the country and sometimes spent 8-10 hours playing NBA Live at various tournaments and events. In the end, my hands just cramped, and my eyes popped out of their sockets like Schwarzenegger in the movie Total Recall, Faboulous recalled. 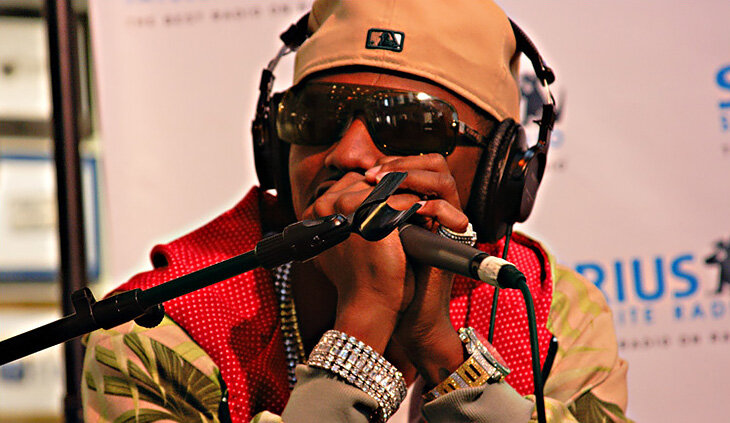 Another artist whose song “Blao!” is on the track list of NBA Live 2003, not only actively participated in the advertising campaign, but also asked EA Sports for an original favor. Jensen Karp, better known as Hot Karl, asked to be one of the hidden characters and, after a short wait, was accepted.

“I specifically asked for glasses, an afro and short shorts to be made for me in honor of basketball players from the 60s and 70s,” Karp flaunted on social networks.

These were all trendy at the beginning of the 2000s, but the soundtrack probably would not have produced such sales if not for the agreement between EA Sports and the record label Roc-a-Fella Record, of which Jay-Z was one of the founders. It was from this label that Kanye West began its march in the music industry. On the soundtrack, you can hear a whole chorale from such artists as Freeway, Memphis Bleek, Angie Martinez, Lyric, who at the beginning of the century stormed the MTV charts with might and main. Not without long-livers, of course, like Busta Rhymes and the ubiquitous Snoop Dogg.

For participation in the recording of not the cheapest Snoop Dogg, “EA Sports” also paid off in a very original way. While licensing the use of retro kits for all NBA teams, the developers bought a sub-license from Mitchell & Ness, which owns most of the rights to produce historical NBA products. Knowing about Snoop’s love of basketball, EA Sports agreed with partners to provide the rapper with Mitchell & Ness goods for a year and saved on the payment of part of the fee. 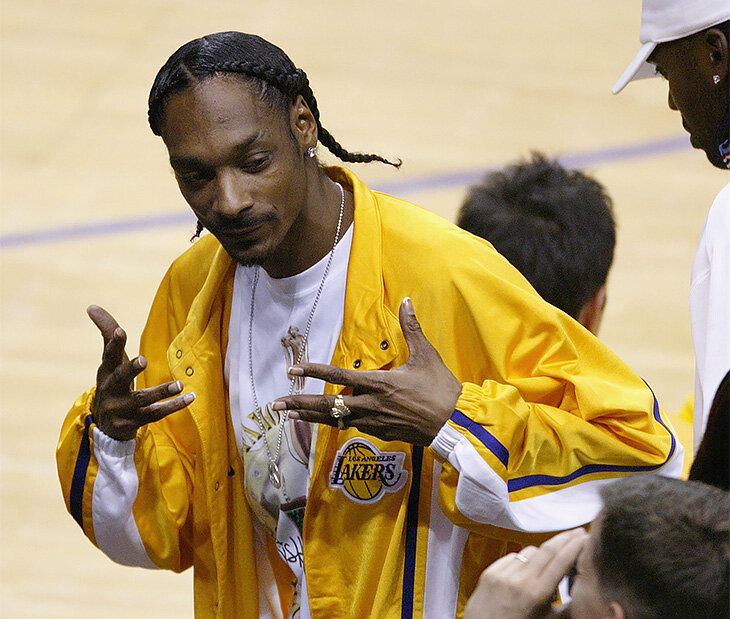 The soundtrack quite expectedly fell in love with the NBA players themselves.

“I still have a CD with the music from the game in my house. This post is timeless. The guys didn’t even have a question about which disc to turn on in the locker room before the matches. Everyone had that record,” recalled former NBA player and Dallas champion Jason Terry.

It’s funny, but years later, it is precisely such household trifles, and not just the platinum status of her soundtrack, that make us remember NBA Live 2003 with warmth.