€250,000 and another half salary are beaten out of the F-1 rookie by the court. Effects of a Grand Prix Path Financing Loan

“I have always followed the game of Frank Lampard. Took over the details. I won’t say that I’m similar – there are few players of such a high level – but I’m trying to keep up in discipline, ”said Conor Gallagher in 2020. The Chelsea midfielder really follows the dedication – otherwise he would not have made his way to the London club after four loan spells.

Charlton, Swansea, West Bromwich and Crystal Palace – at 22, Gallagher caught up with Lampard in the number of clubs in his career. The desire for Frank is not surprising. Conor grew up a Chelsea fan, half an hour away from Stamford Bridge and surrounded by football brothers Dan and Josh and Jake. The latter are twins.

Mom bought Gallagher a gate. But she didn’t allow me to cut down a tree to make it easier to play football 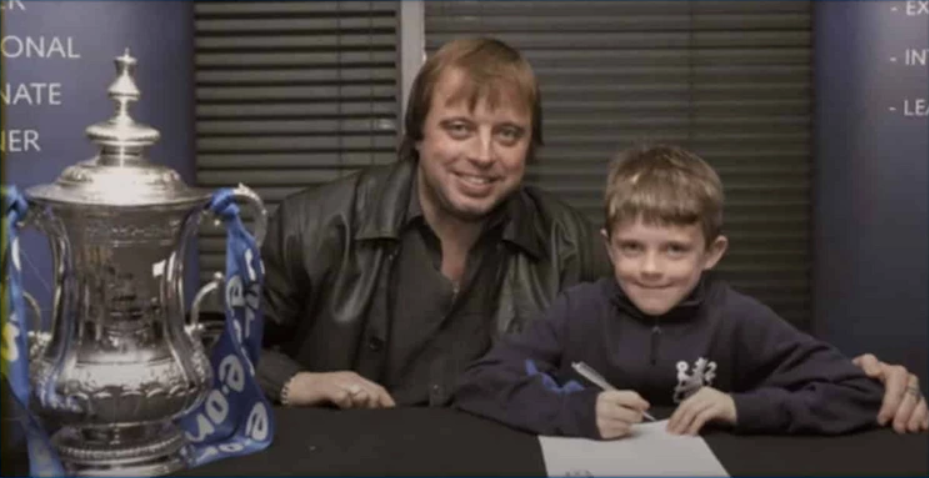 Chelsea scouts spotted Gallagher along with Rhys James. The British ran for the Epsom Eagles children’s team. Conor got into the London Grand system at the age of seven. At the same time, older brothers grew up: Josh and Jake ran at the Fulham academy, Dan – in the youth team of Wimbledon.

Conor is the only one who made it to the top. Josh played for Fulham for a couple of years, and then moved to the amateurs – he reached Abbie Rangers from the ninth division of England. Jake signed a professional contract with Millwall and then ran for Welling and Aldershot. Dan was thrown off on loan to the Kingstonian, after which the guy drowned in the lower leagues – he ended up at Leatherhead.

It is no coincidence that the Gallaghers became obsessed with football. Lee, the father of four brothers, ran as an amateur in the Sunday tournaments. At the same time, Josh says that the parents did not force their sons to any of the sports activities. The guys did everything: rugby, tennis, karate. It’s just that soccer broke into the favorites, because it gave more emotions.

One of the key people in the life of the Gallaghers was mom Samantha. Conor said that the parent went to meet all the wishes of her sons: first she bought a goal for playing seven-on-seven, then big ones, under 11-on-11. The only thing is that she refused to cut down a tree that grew in the middle of a clearing and interfered with football.

According to Josh, it was Conor who stood out in the cuts in the backyard. Usually the brothers were divided into two pairs. Alternative – one plays in goal, three – work out the blows. Gallagher Jr. shone not only with determination, but also with talent.

“As the youngest, I was constantly put in the gate. I liked it. The brothers helped not only with football, but with life in general. I received advice that other families probably don’t give out, ”Gallagher shared.

“Father always taught us to stand up for ourselves, especially on the field. We played power football and fought regardless of the opponent. Conor is not the biggest, but a plastic guy with a competitive spirit. We still meet him harder,” says Josh. The brother adds that Gallagher always looked bold, which carried over into professional football.

Healthy toughness is not the only way the brothers helped each other. “Jake and I immersed ourselves in the intricacies of the game earlier due to age. Our experience was useful to Dan and Conor, who understood football better with the help of our advice,” boasted Josh.