In every sport there is an ideal that only the great can reach. To make a hat-trick in the final of the World Cup, for example: first get to there, and then try to light it up in the main match of life.

Approximately the same thing that Kylian Mbappe recently did was done by the Englishman Michael Smith – in the final of the World Darts Championship against the Dutchman Michael van Gerwen.

Watch this video even if you don’t understand the rules very well. Just trust me, this is the greatest moment in the history of the whole sport!

What is greatness? Point by point in simple terms.

• The ideal that can be achieved in darts is to win a leg in nine throws . Sets consist of legs, this is an analogue of a game in tennis: you need to write off 501 points, with which both opponents start. Nine darts is the minimum possible number to score 501: mathematically there are a lot of options – 3944 pieces, but usually two sets of 180 (yes, yes, sixty, another sixty, one hundred eighty!), and then 60, 57 and 24 by doubling 12.

• In the leg we watched, both players had a chance to finish in nine darts at the same time – final super-favorite Van Gerwen accurately threw first, Michael Smith immediately repeated 180, then they slightly diverged, but remained on perfect trajectories: the Dutchman deliberately hit 57 (triple 19), because it was more convenient – it does not interfere with the perfect leg, it just changes the path a little. Smith hit the classic 180, both of whom had sums left to close with three tosses. Almost identical: Van Gerwen needed two more times of 60 and a double-12, Smith – 60, 57 and the same double-12.

• Van Gerwen was inches away from a perfect leg – but missed the last shot and set the legendary . In darts, the right of the first throw is a great advantage, much like your own serve for men’s tennis. So the Dutchman could just do everything himself, and the rest would not matter anymore, Smith would not have had a chance to catch up. But after two hits at 60 (small red sector on target 20 – tripling), bald Michael almost did not fit into the double 12. You need to finish with a double (or hitting the bull – the very center of the target, this is 50 points), double-12 on top-level use is quite common, but Van Gerwen failed. 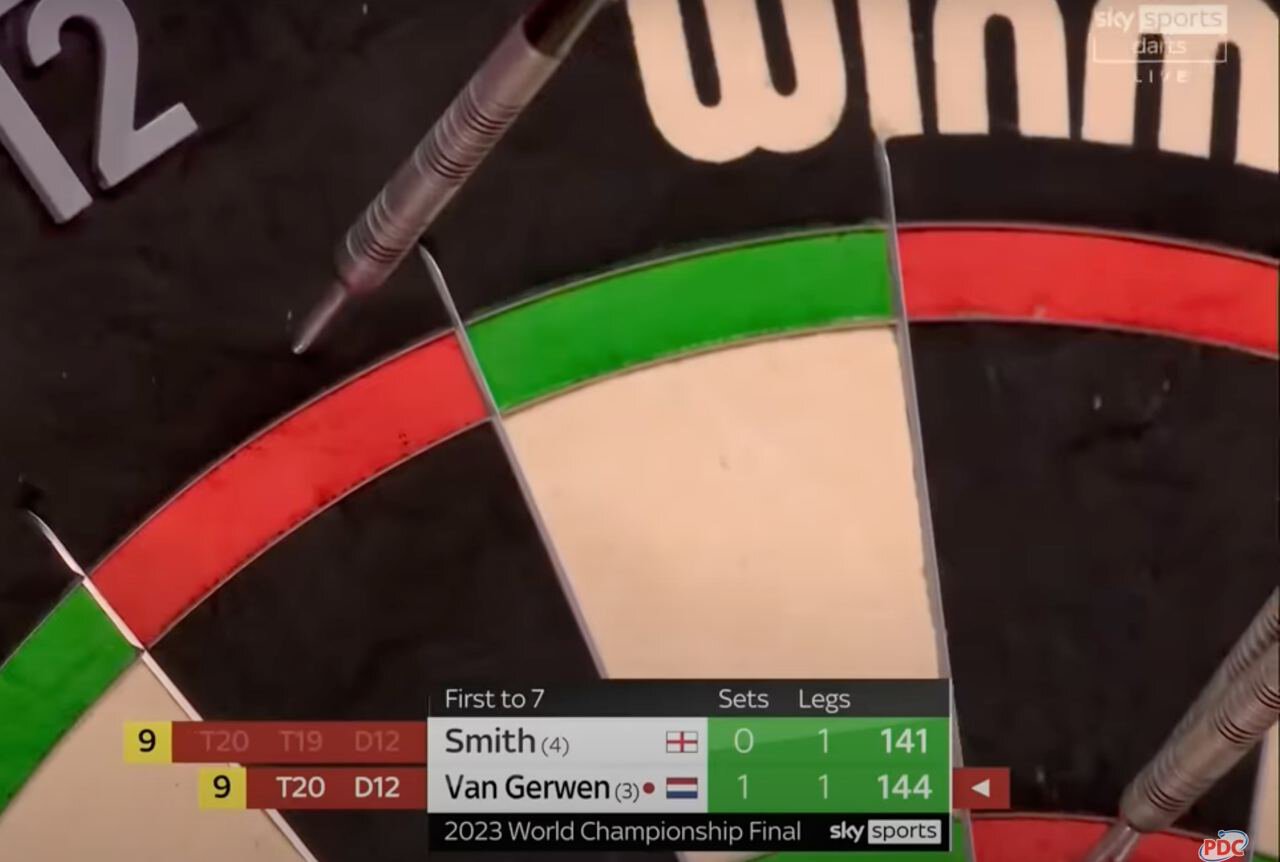 • Smith did a perfect job, hitting a double-12 with a margin and pulling a perfect leg himself!  And commentators immediately declared what happened to be the best leg in the history of darts. And then on social networks and on YouTube this minute fragment flew with exactly this unambiguous title: the greatest / grandest / best of the best legs in all the time that darts exist. In combination with the fact that this is the final of the World Cup, there is no doubt.

• This is only the second nindart finish in the history of the World Cup finals – the first was also made by Englishman Adrian Lewis in 2011 and became world champion. If we count the world championships as a whole – only the 14th case. And the combination with the fact that the opponent a few seconds before was also close to ideal makes the moment of 2023 unforgettable and absolutely unique.

What could be more important? Exactlyfrom that moment on, Michael Smith took over the final, where he was the most severe underdog. 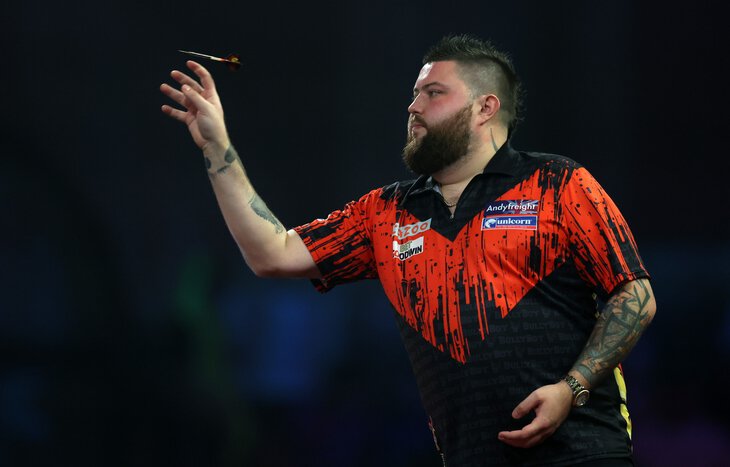 Because Michael van Gerwen held a great tournament: he won the previous five stages with a total score of 22:3 in sets, in the quarterfinals and semifinals he took out opponents 5:0 and 6:0. In 2022, he was generally flawless – the main Russian-speaking darts author Dmitry Panov gave the title to the Dutchman even before the final  (subscribe to Cold Darts , any sane person would give such a forecast).

But thanks to a great nine-darter leg, Michael Smith made his first break of the match, then took his first set and equalized – and started an equal fight. Yes, he then lost 2:3, but then he took four sets in a row – led 6:3! And he gave the opponent to play only one, closed the final with a score of 7:4.

Smith became world champion for the first time in his life: now, at the age of 32, he reached the final for the third time, but in 2019, the Englishman was losing just to Van Gerwen – for the MVG, the title could already be the fourth, and a year ago to the brightest freak Peter Wright, whom you probably remember thanks to this history (he failed at this World Cup because he had a difficult year, Cold Darts told ).

The English Michael left the darts crown at home – he is the first World Cup host in five years to win the title. 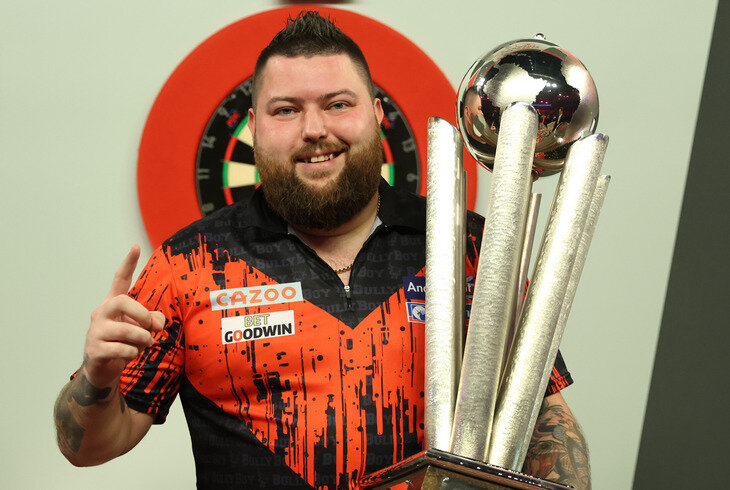 And only the second in the last ten tournaments: the Dutchman Van Gerwen won three times, the Scots – Gary Anderson and Peter Wright four times each, the Welshman Gervin Price took the 2021 title. Rob Cross of 2018 was the last Englishman on the list before Smith made his splash.

He also won 500,000 pounds – darts is not the most extensive, but quite a powerful industry, especially in English-speaking countries. The new English champion, even after such an incredible final, is great for the development of the whole species.