The third Russian-Chinese Youth Winter Games ended in Changchun province. In fact, the only away international start for our winter roads in the current season.

In addition, within the framework of complex competitions, the program included 7 types, in total, more than 100 of our athletes went to China. All performed under the flag and with the anthem (since the starts were not under the auspices of the IOC or international federations).

Despite the age limits (not older than 20 years), we have gathered quite a stellar team: 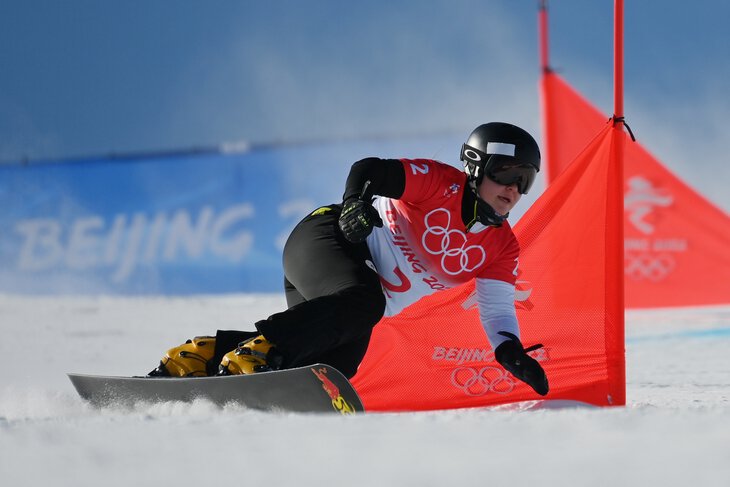 The results on paper look impressive: ours won 93 medals (31 of each value). And China has only 31 awards (of which 15 are gold). The real magic of numbers.

“For many years, Russia and China have been successfully cooperating in the preparation of a sports reserve and the exchange of experience in organizing the training process. As part of the cross-Years of Russian-Chinese cooperation in the field of physical culture and sports in 2022-2023, about 500 various sports competitions and events are being held.

Our relations with Chinese partners remain at a high diplomatic level, both states are among the leaders in world sports. I am confident that the mutually beneficial cooperation between Russia and China will serve to the benefit of the development of sports and the improvement of the skills of the athletes of the two countries.”

We talked with the main stars of our team – Savely Korostelev and Sofia Nadyrshina .

“I was accepted into the Chinese. At first I thought it was a joke, but it turned out to be true” 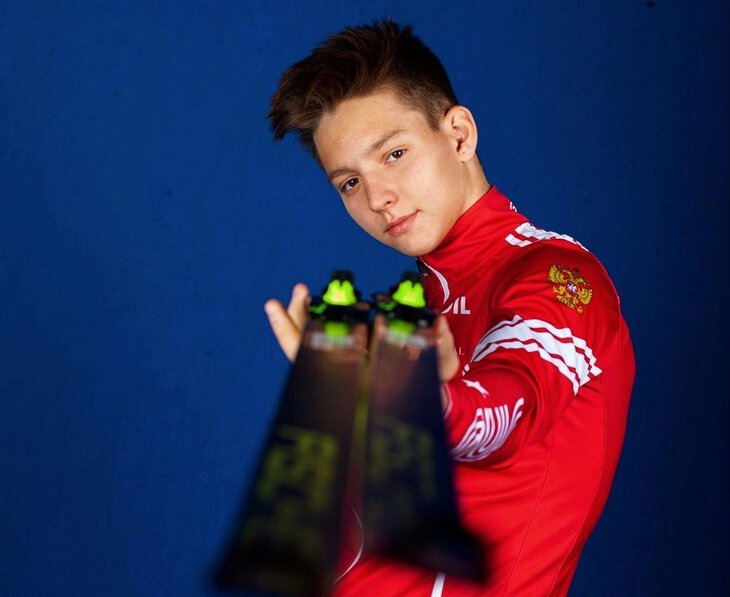 Korostelev missed two stages of the Russian Cup for the sake of the Chinese voyage and suspended the fight in the overall standings with Alexander Bolshunov. Now he is there – only the seventh. The saga with “bags” also passed by Savely.

True, it was interesting in China: Korostelev ran in the relay for the Chinese, finished hand in hand with a teammate, turned on the anthem from the phone – that’s just an incomplete list of Savely’s adventures over the past week.

“Before flying to China, all athletes had to serve a mandatory quarantine in Novogorsk,” said Korostelev. – On the first day, we arrived in the morning, passed the test, and it was impossible to go out until the evening. Food was brought to the room. Then, when the results came, we were allowed to go to training. But Novogorsk is not a ski base. We found the track about a kilometer from the base, right in the forest. Well, better than nothing. We rode there for three days.

– China is associated with tough anti-COVID measures. Especially those who were at the Games in Beijing.

– I have not been to the Olympics, but a couple of servicers and Elena Valerievna Vyalbe, who went to Beijing, say that now in China with covid it has become much more loyal. It is still mandatory to wear masks, daily PCR tests (although in fact only one or two were passed). But the Chinese turned a blind eye to many things.

We lived in a hotel: the Russians – in one, the Chinese – in another. We had a separate floor with the snowboarders. We ate at the buffet, where everything is in common, without any a la carte dishes. The only thing was that you had to come at the set two-hour interval. Once again, they didn’t leave the room: after all, it’s really covid there, the volunteers often changed.

But there was an opening ceremony in a local concert hall. Acrobats, tightrope walkers, a violinist performed. As I understand it, very cool – I played about seven different compositions. He tried energetically, interacted with the audience – in general, he did everything so that we would not fall asleep.

Were there journalists at the competitions?

– Of course. The Chinese media actively covered our Games. We were shown on local TV, wrote on the Internet, there were a couple of cameras in the mixed zone … It’s a pity that our press did not come – we had to work for them. They asked me, and I kept a small blog from there for the “On Skis” project, sent the results.

There were almost no spectators on the track, just a couple of people who came purely to watch foreigners. I understand the locals. They have covid measures, and then we arrived – wow!

– What about the track? You posted videos of girls falling with the caption “Girls, I’m sorry. We love you”.

– The track was narrow – two skaters no longer fit side by side. It was possible to cut two ski tracks, or a ski track and a place for a skate. In the first two days, the snow was straight concrete, then the Chinese listened to us: they cut the second ski track, rolled the track with a snowcat where we asked … We must pay tribute: they tried to fix everything.

Descents? Well, yes, I posted a video of girls falling. But seriously, no matter what the descents are, you need to be able to pass them. There are twists and turns in the World Cup too. When else to train, if not now? Of the guys, I do not remember that someone fell. Even from the Chinese.

What is the history of the anthem?

– On the first day I won, but there was no anthem. One of the guys turned it on from the phone. In the evening, Elena Valeryevna went to the organizers: where is the anthem, you can play it right there! The Chinese understood their joint and from the next day the anthem appeared. But they didn’t fully understand us anyway and turned on the anthem in a circle.

That is, the melody ends, they turn it on again. And you are standing on a pedestal.

A new and daring star in skiing: he took a picture with Bolshunov as a kid, now he is overtaking him 💪

– How did you end up in the Chinese relay team? 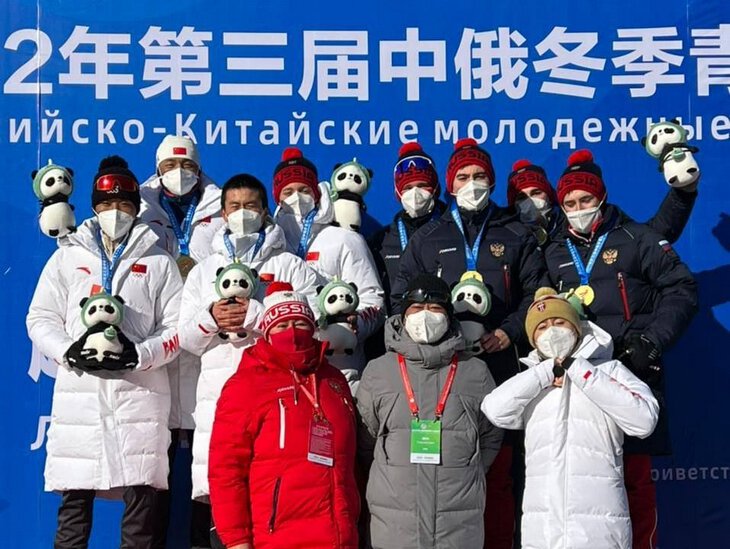 – Before the race, a proposal appeared: let all our guys return home with medals. For this, I had to not run. Yes, no problem, let the guys win the gold. I’ve already made up my mind that I’m not competing, and suddenly in the evening the coach of the women’s team comes to me and says: “Savel, you’re running the relay tomorrow. For the Chinese! I thought it was some kind of joke. I laughed at this joke for a long time, but it turned out not to be a joke.

Our coach Sergey Dergunov, understanding their level, suggested me to the Chinese at the meeting. And I was accepted into the Chinese. They are generally very friendly, it seems to me that even for “no how” they would have taken me with pleasure.

AtBut when the relay started, Elena Valerievna told Yegor Mitroshin and me: “Guys, the Games are friendly – let’s not hurt anyone, will you finish together?”Egor had to wait for me at the fourth stage for about a minute and a half. As it turned out, it is very difficult to stick your legs to the finish line at the same time! If we had known, we would have rehearsed in advance.

– Don’t you regret that for the sake of such friendly starts you missed the mark in the Russian Cup with Bolshunov?

– In general, no. I still have time to compete with Sasha, and there have been and will be only one international competitions this season. I hope that my young growing body will quickly digest acclimatization and flight, and already on December 25 I am running a sprint at the Russian Cup in Krasnogorsk.

“The slope is small, gentle, more like a child. Though such, but an international start “

Sofia Nadyrshina at the age of 19 is almost the most talented teenager in Russian sports: world champion in parallel slalom (the youngest in history), second in last year’s World Cup standings in parallel disciplines, three-time world champion among juniors.

I was supposed to take a medal at the Beijing Games, but covid prevented. 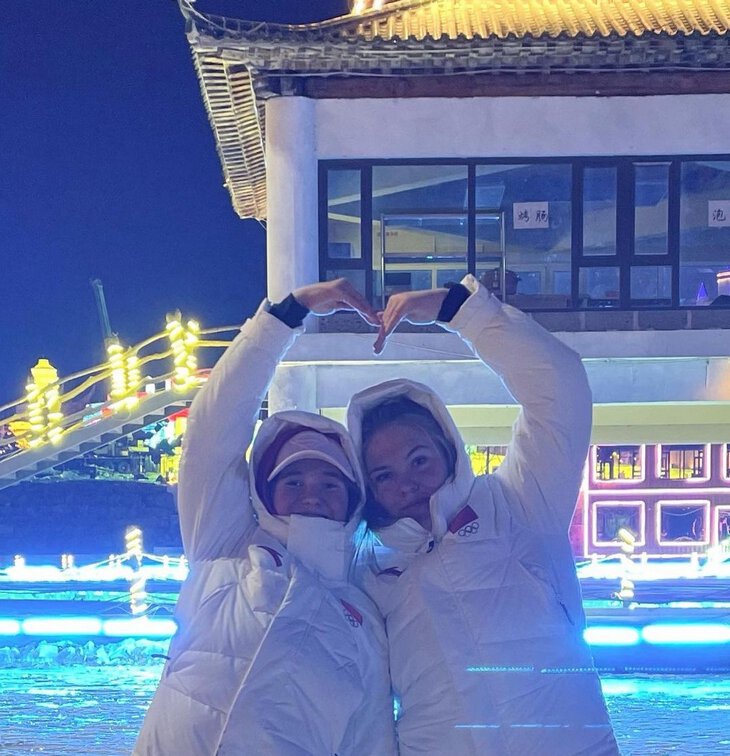 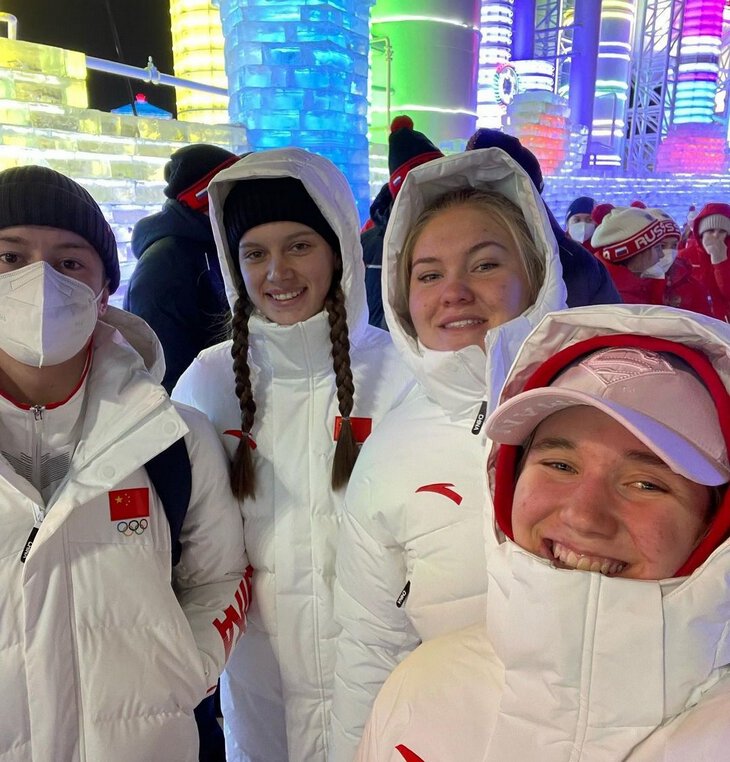 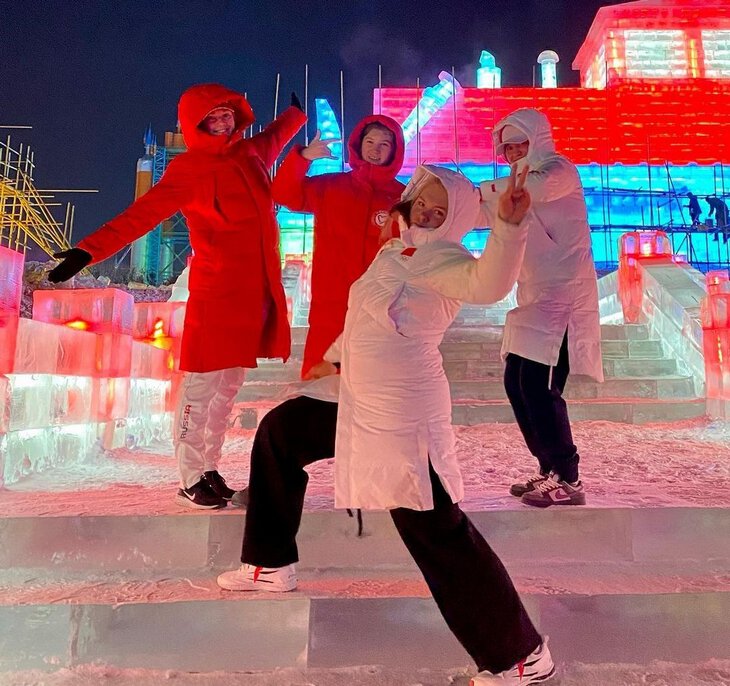 Now, instead of fighting the world tops, Nadyrshina is storming the slopes of the Russian Cup. She also became one of the few participants in two Russian-Chinese Youth Games at once – she also performed in Ufa in 2018.

“In Ufa, the organization was much more professional,” Nadyrshina said. – In China, the level is a little amateur.We competed after the skiers, that is, we put our track on their tracks. The slope is small, gentle, more like a child.Parallel tracks could not be placed, hence the crumpled flight format of two attempts and rewarding by the amount … We had six girls, they competed only among themselves. The Chinese did not show any super level, there were no athletes from the World Cup.

Was there an anthem?

– I was, but only at the opening ceremony. I went to the award ceremony with a flag, but there was no anthem. The Chinese did not stay for the awards, we were actually there among ourselves. We took a picture on a pedestal with a flag, also nice. 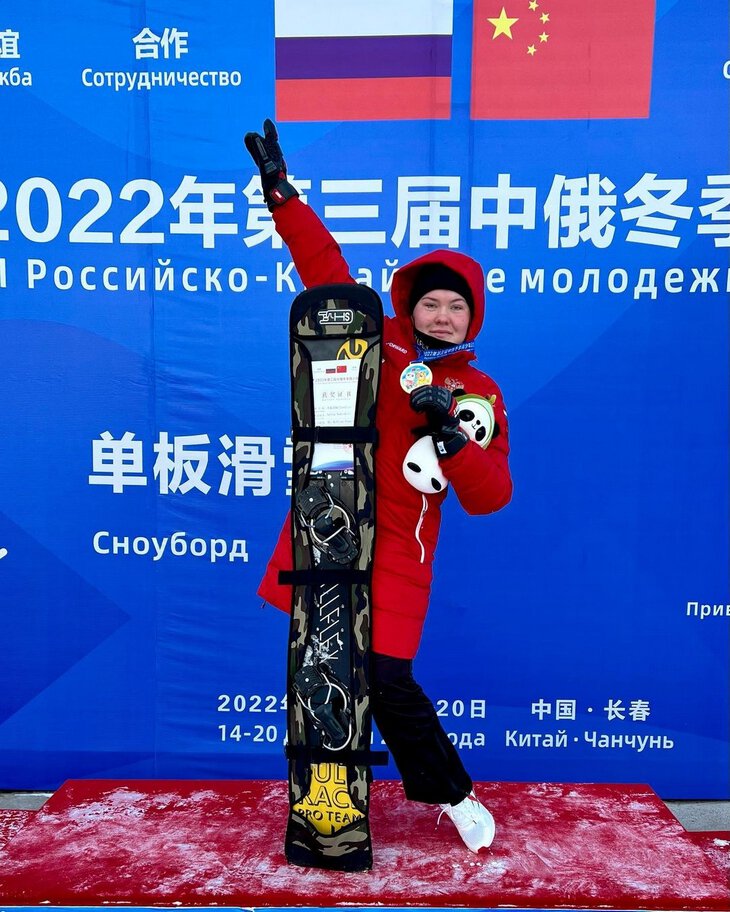 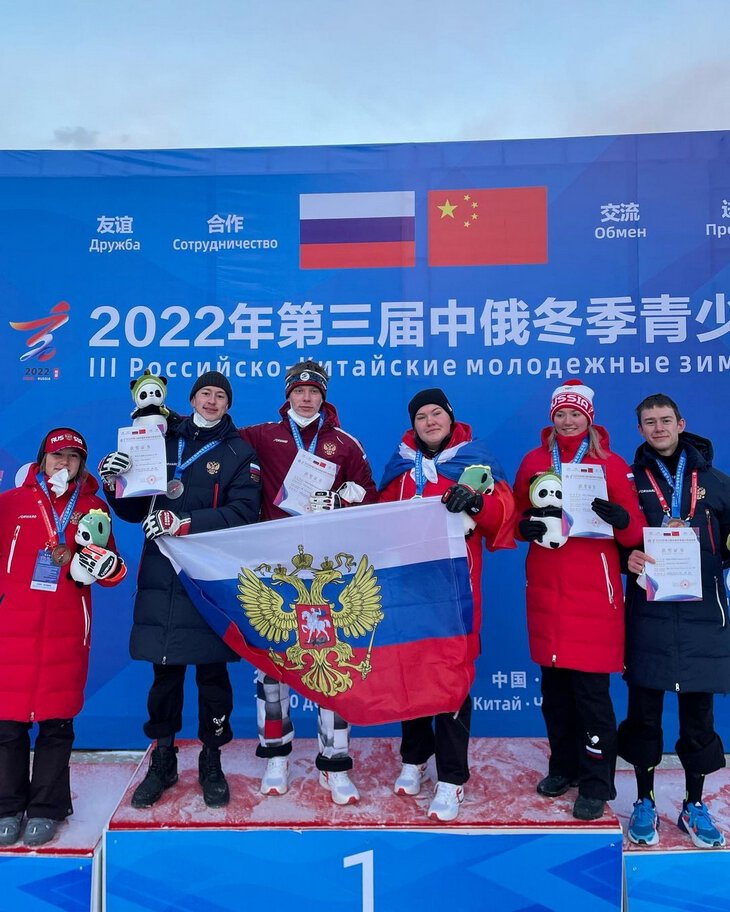 – Do you regret going?

– Absolutely not! What-no, but an international start. It is not clear when there will be at least such an experience. True, we will now have an international tournament at the end of December in Moscow on Sparrow Hills – girls from Iran, Kazakhstan and Japan will arrive. And then they will go to Sakhalin, to my house. Plus championships, championships, Cups of Russia… So far we are getting out.