Krasnodar announced the appointment of Vladimir Ivic as head coach. Alexander Storozhuk, who has been steering since the spring, returned to Krasnodar-2. 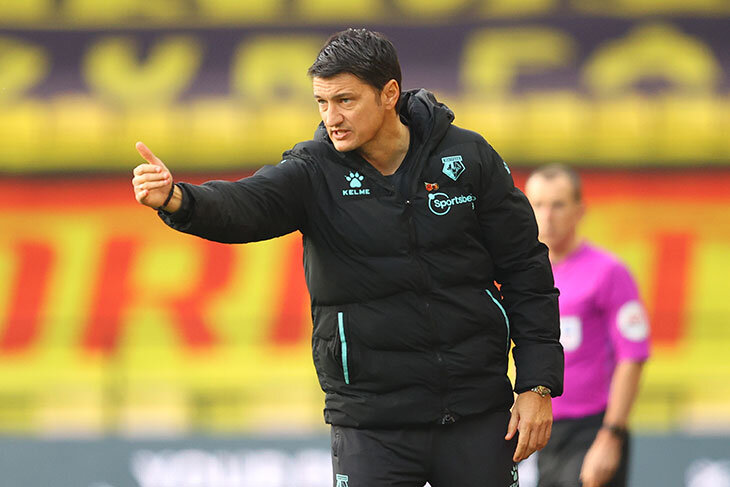 What do we know about the new coach?

Ivic player: played with Partizan in the Champions League, failed to stay in the Bundesliga, played for Santos

The Serbian has a rich playing career.

• Ivic is an attacking midfielder who started at Proleter before spending six seasons with Partizan. There he scored 75 goals in all competitions and won four trophies. And also – he made his debut in the Champions League, knocking out Newcastle in qualifying. 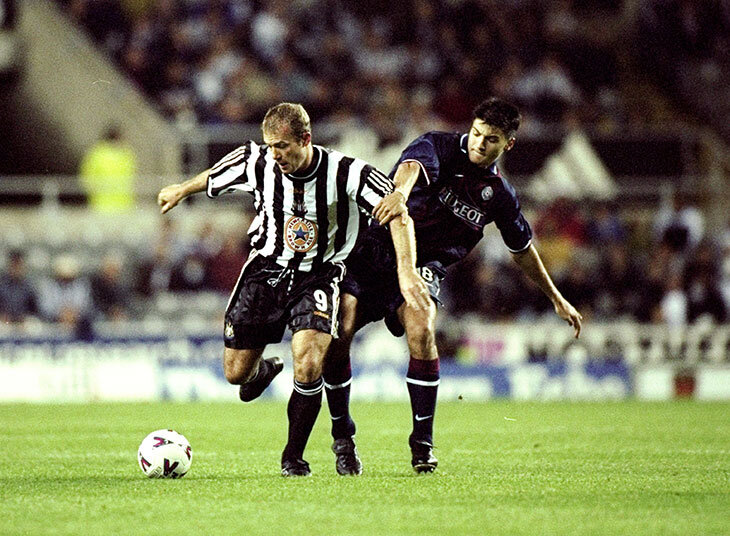 • In an interview with Mozzartsport, Ivic recalled thatValencia wanted to buy him for 15 million dollars, but Partizan insisted on 20. As a result, after some time, the player left for Borussia Mönchengladbach for free.

• The Serbian made only four appearances for Borussia, arriving only two weeks before the season and losing the competition. Although there was still one goal – to the current champion Werder Bremen. Ivic made no secret of the fact that he was recommended to the club by Lothar Matthäus (then coaching Partizan), who was just starting his top career at Borussia.

• Ivic spent eight more years in Greece. Played for AEK, Aris and PAOK. In AEK, his head coach was Fernando Santos, the Portuguese noticed Ivic in the Porto match with Partizan.

•Ivic has seven caps for Yugoslavia and one cap for Serbia and Montenegro. Vladimir regrets that so little: “In the period from 1998 to 2000, as a midfielder, I scored about 60 goals in the championship, but I was not called to the national team. I think he deserved more.”

“I have been a fan of Partizan since childhood and whenever possible I come to the stadium to watch the game. And from the bottom of my heart I wish the club all the best. I always look forward to his success,” admitted Ivic.

At the same time, his older brother Iliya is an ex-player of Red Star Stars, the owner of the 1991 Intercontinental Cup, along with Mikhailovich, Yugovic and Savicevic. “There have always been jokes between us, but this is quite normal. He played on the team he liked, and I played on the team that I liked. And we are both happy that we played for the clubs we loved, ”the Serb explained. 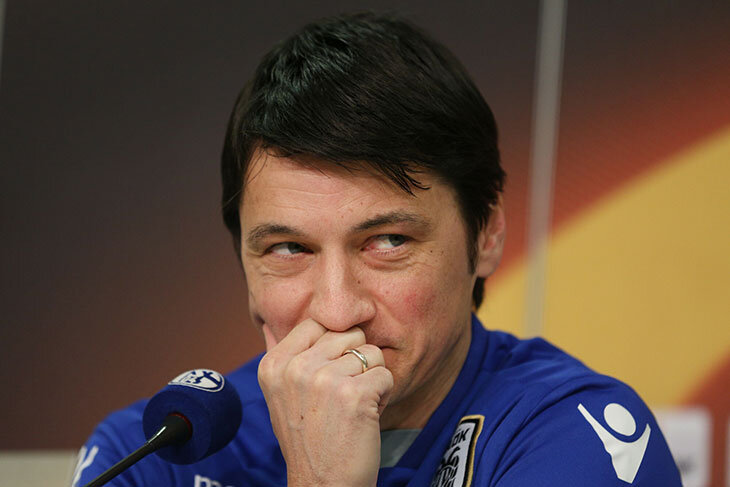 The coaching career has not been so long so far – it is not surprising, because Ivic is only 45. But there are still enough notable stories and achievements.

• At PAOK, after his retirement, Ivic coached the youth team for several years and won the U20 tournament. Then he replaced Igor Tudor in the main team and took the Greek Cup – the club’s first trophy in 14 years. Then he was recognized as the coach of the season, although Vladimir did not bring PAOK to the Champions League zone (fourth place), he left after the first season.

• Aftertwo seasons in Maccabi (Tel Aviv) – and two championships. In the first, besides with a record margin of 31 points, although before that the team had not taken the title for three years in a row. A year later, the gold was also defended confidently, with a 14-point advantage and only one defeat in the season, in the last match that did not decide anything.

Before leaving for Israel, the coach heard that it was not safe there, but then said: “I feel safer here than in Belgrade or Thessaloniki.” After about a month, he got used to the zone of control in shopping centers, and also to the fact that Sunday is a working day. And later he recalled with pleasure the Israeli work.

Using the example of Maccabi, Ilic spoke in more detail about the principles of the game – in an interview with the Danas website in 2020, Ilic: “I like attacking, aggressive, high-pressing football and adjust the formation according to the circumstances.. Most of the games in the season we played in a 4-2-3-1 formation. 4-3-3 are also possible, but in the playoffs, due to the lack of creative players, we had to change the lineup – so we switched to 3-5-2. 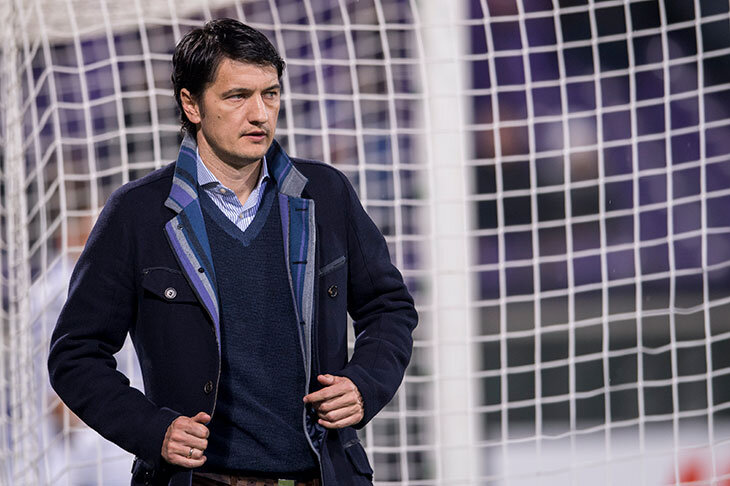 • Israeli dominance has attracted attention in England – Watford, who had just been relegated from the Premier League, called Ilić. Vladimir started briskly, became the coach of the month in November, but was fired in December, although he lost only four times in 20 matches and was in fifth place. About the reasons below separately.

After Watford, Ivic did not work for a year and a half – he said that there were offers, but not very attractive ones. In the summer of 2022, he returned to Maccabi, which he ruled in 16 matches. Won 11, but the team is still six points behind Maccabi Haifa. Another coach will participate in the championship race, because Krasnodar attracted the Serb.

What didn’t work out at Watford: the mess in the club and covid interfered

How absurd Ivic was fired, we have already told separately . He unexpectedly coped with a difficult situation in the club, but he taught discipline to the leader and captain Troy Deeney, and the club management predictably (this can be seen even in a series of coaches) sided with the player.

Later, many reproaches were heard from the club about Ivic’s tough style: for example, he forced the players to leave their phones not even at the entrance to the locker room, but in cars. And spent a very long tactical analysis– the same Dini complained that after 40 minutes of detailing on each mistake, even from a winning match, the players felt like mediocrity.

Apparently, Dini, as a captain, voiced claims – because Ivic removed him, and Troy’s opinion turned out to be more important for the leadership, and the coach was kicked out.

In 2022, in an interview with Objektiv, Ivic touched on the topic of Watford: he admitted that it was a good challenge, but a bad choice. Chaos reigned in the club – for example, they sold a player without telling the coach: “I generally found out about this by accident before training, although the player was on my list, but he was not in class.” In addition, in the first two months, due to covid, he did not count on 18 players who played in the Premier League.

At the same time, Ivic considers the Championship “perhaps even the sixth strongest league in Europe.” 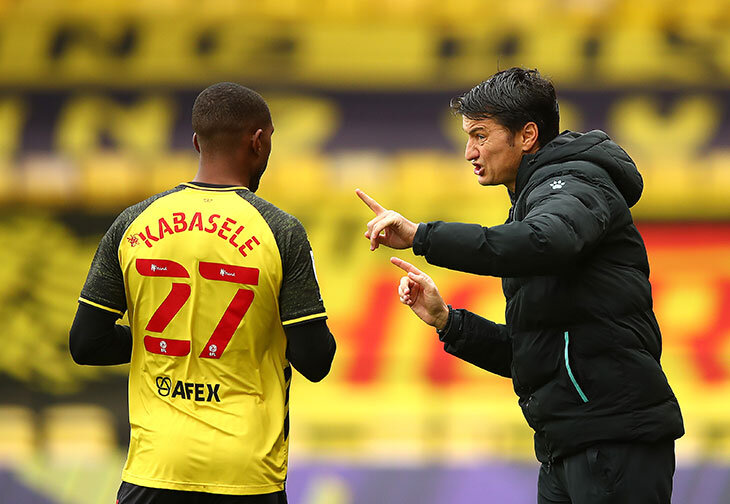 But about the conflict with Dini, he spoke not so clearly: “The only thing I ask the players is to be professionals, to be disciplined. When this is violated, I must react. When you have 22 players and one problem, it makes sense that they are more important to me than whoever is creating the problem.”

When Vladimir headed PAOK and met with Panathinaikos, the most viral thing in the coaching career happened.

The match was too nervous, with constant brawls. Peak – when a beer can flew to Ivic’s head from the podium. The match was abandoned in the 55th minute. The trainer was taken to the hospital.

Panathinaikos led 1-0, but in the end lost five points and paid a fine.

Ivic and Russia: played against Spartak, called our league strong and could get into CSKA

In the spring of 2001, in the qualifying match for the 2002 World Cup, Ivic watched Vladimir Beschastnykh’s goal against the Yugoslav gates from the bench. And he had been in Moscow two years before, playing for Partizan against Spartak in the Champions League qualification – he received a yellow card in the first game and went off as a substitute in both. “Partizan” was then one step away from the group stage, but “Spartak” could not pass (0:2, 1:3).

In 2020, Ivic, speaking about Serbian coaches, said that Marko Nikolic, who then headed Lokomotiv, “got a chance in a strong Russian league.” Two years later, he said that he would love to return to the Championship or work in the Serie and the Premier League, but you have to be realistic, besides: “There are other strong leagues, such as Turkish and Russian.”

In the summer of 2022, Ivic may have been close to CSKA – he did not comment on the interest, but did not refute it either. Insiders about the proposal then sounded quite specific. 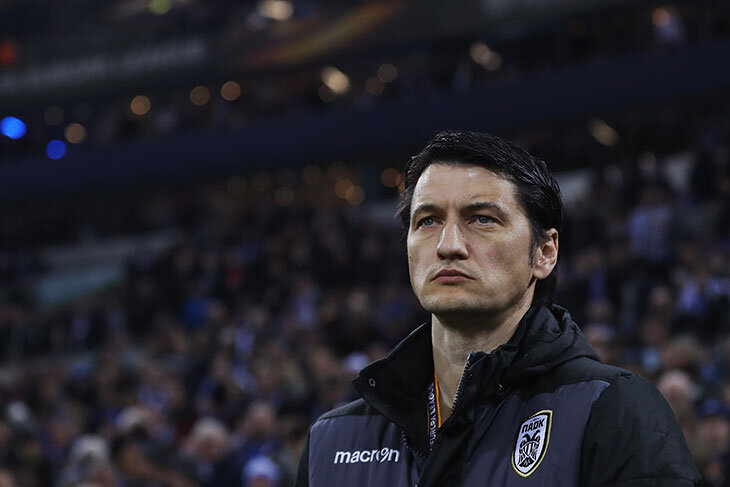 “I have nothing against working in Russia, but I’m not ready to discuss specific clubs,” Ivic said. Six months later, he is still in the RPL.

Ivic takes on Krasnodar in eighth place – 10 points from the top 3. There are chances in the Russian Cup, but in the 1/4 finals there are two matches with CSKA.

There will be a debut with the army team on February 22 in Moscow. In general, Ivic will have to play with Moscow rivals for the first five matches in a row: two cup matches with CSKA, as well as at home against Torpedo with Dynamo and away with Lokomotiv.