Man United won a strong-willed victory over Man City – 2:1. Ten Hag’s team rallied after Jack Grealish’s goal in the 60th minute and responded with a double blow: in the 78th, Bruno Fernandes scored, in the 82nd, Marcus Rashford put Manchester United ahead. 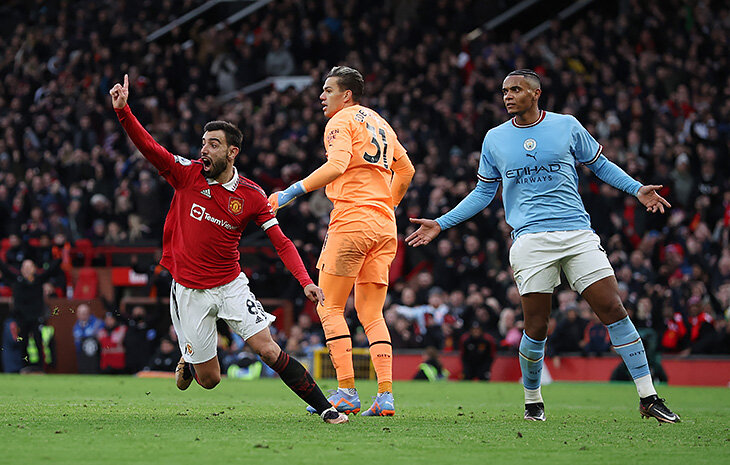 In the 78th minute, Casemiro launched Rashford behind the Man City defenders. The problem is that Rashford was obviously offside – even without special angles, it is noticeable that he is several lengths ahead of the opponent’s players. But Rashford did not touch the ball – Bruno Fernandes flew away with him, who delivered a scoring shot. Rashford stood by. Referee Stuart Ettwell first called offside from a touchline assist, but the VAR on VAR advised the goal to be allowed. Attwell himself did not view the episode.

Nobody argues that Rashford was offside. The main question is: is it active or passive offside?

What do the rules say?

Here is an excerpt from the International Football Association Board (IFAB) Rules for the 2022/23 season: “A player who is in an offside position when a teammate touches the ball only infringes the rules if he is actively involved in the episode:

– interferes with or has the opportunity to play the ball, blocking the opponent’s view;

– Performs an action that affects the ability of an opponent to play the ball.

The rules additionally state: “A player who is on the sidelines violates the rules if he is in the path of an opponent, interferes with his movement towards the ball, affects the opponent’s ability to play the ball or fight for the ball.”

“Man United’s first goal could not be counted. Rashford was in an offside position, apparently in control of the ball, although he did not touch it. In this way, he had a direct impact on opponents: on the defender [Manuel Akanji], from whom the Englishman covered the ball with his body, and on the goalkeeper, who until the last second did not understand who would play the ball. 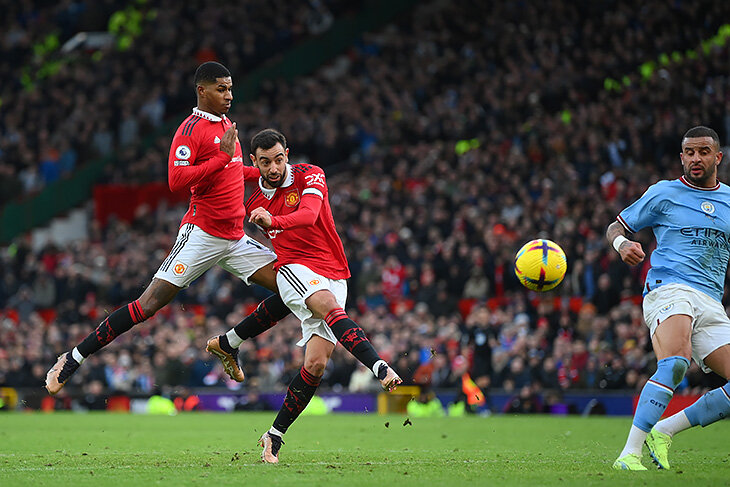 If Rashford had stopped and conceded the ball, it would not have been out of the game, but the defender would have had the opportunity to engage in single combat.

It is not clear why the referee was not called to the monitor, because the episode required interpretation of the rules of the game.

There is another opinion – The Athletic reviewed the episode this way: “Rashford ran next to the ball, but did not touch it, and not one of the Man City defenders was able to reach the ball to prevent Fernandes.”

Should the judge himself study the episode on the monitor?

The rules indicate that the arbiter should have familiarized himself with the episode: “For subjective decisions – for example,impact of an offside player on the episodeor handball – it is recommended to invite the chief referee to the monitor.

For objective decisions – for example, the location of a foul (inside/outside the box) or fixing a player in an offside position – the referee does not need to be invited to the monitor.”

How did United and City react to the decision? 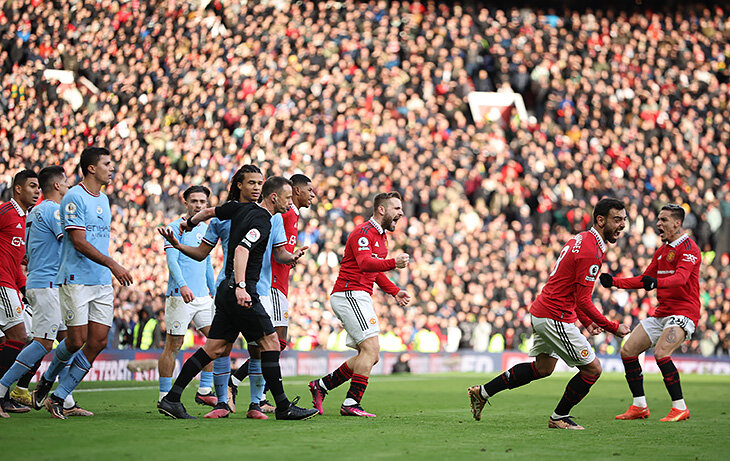 Pep Guardiola: Rashford is offside, Bruno Fernandes is not. Rashford distracted our goalkeeper and centre-backs.”

Manuel Akanji: “In this situation, I put [Rashford] on the sidelines, but he played until the last second. I understand that he did not touch the ball, but for me it is a clear offside.”

Erik ten Hag : “I can understand the position of the opponent [from the goal by Bruno Fernandes]. There are rules, but it’s a confusing moment to defend. According to the rules, Marcus Rashford did not touch the ball and did not interfere in the situation. But I can understand Man City.

Bruno Fernandes: “I was facing the goal. Marcus probably saw that I was in a better position. I didn’t know if either of us was offside. He had no effect on the defenders.”