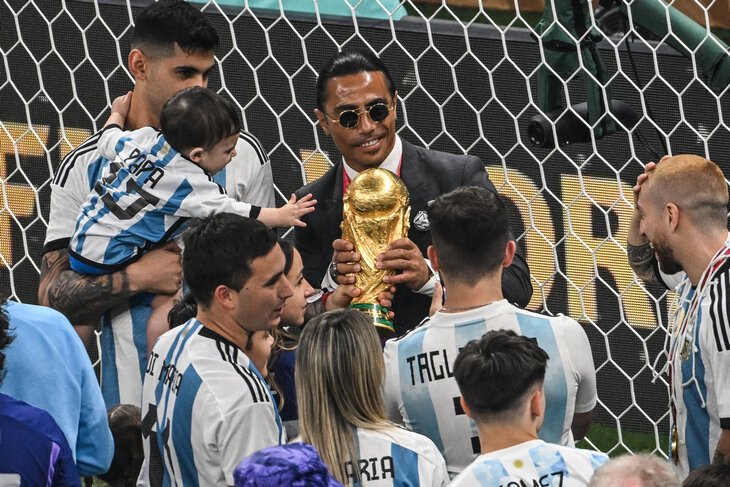 The anti-hero of Argentina’s celebrations after winning the World Cup final is the famous Turkish meme chef Nusret Gokce, also known as Salt Bae. He became famous in social networks for videos in which he gracefully salts meat in front of mesmerized celebrities.

On Sunday, on the lawn of Lusail, he was also surrounded by stars, but there he was clearly superfluous.

Nusret, with FIFA accreditation hanging around his neck, was very obsessive about Messi. He grabbed Leo by the shoulder and still got a joint photo. Although Messi’s facial expression hints that he is not too happy about the annoying chef. 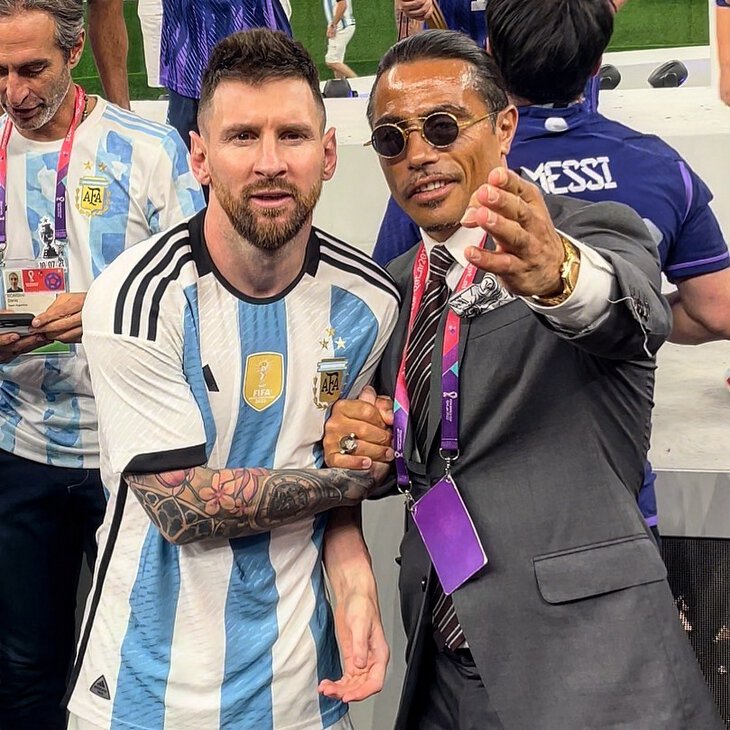 Nusret also managed to grab the World Cup. This especially infuriated the fans, because only champions and a very narrow circle of people can touch the main trophy of world football (more on this below). 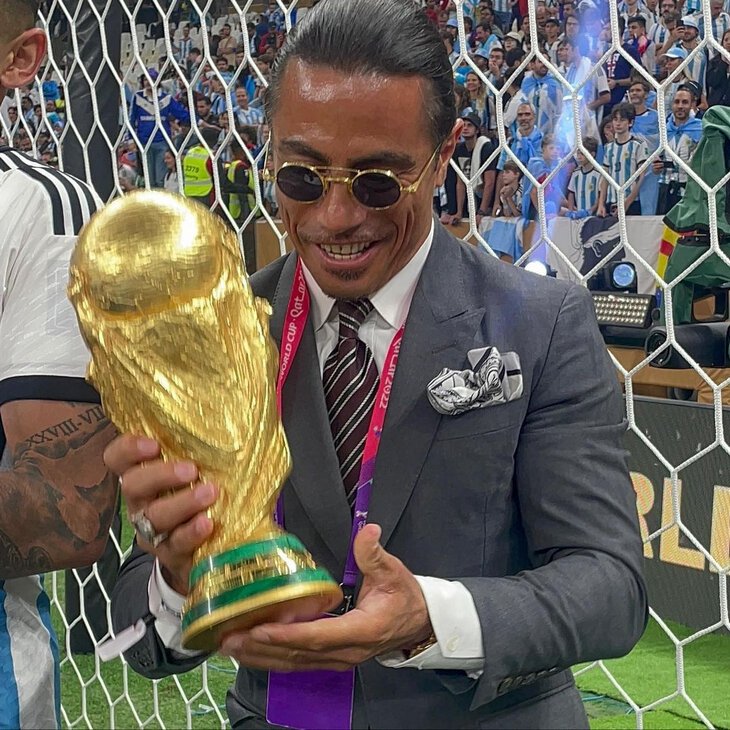 Gokce did not stop and bombarded subscribers with posts from the field. 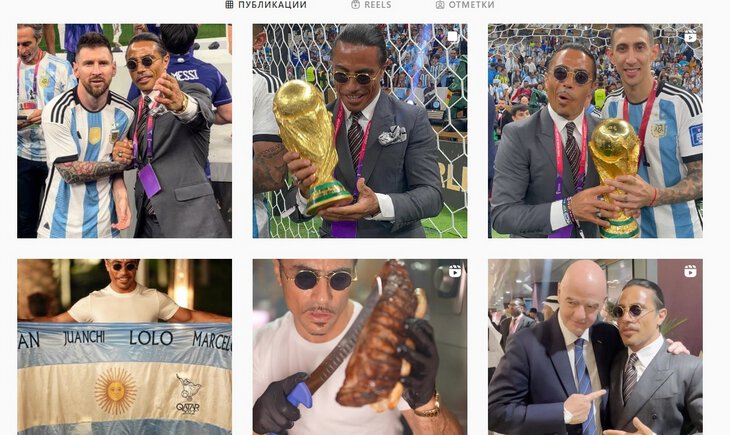 The reaction of the fans was: “You should not touch the cup. You are not a champion.” 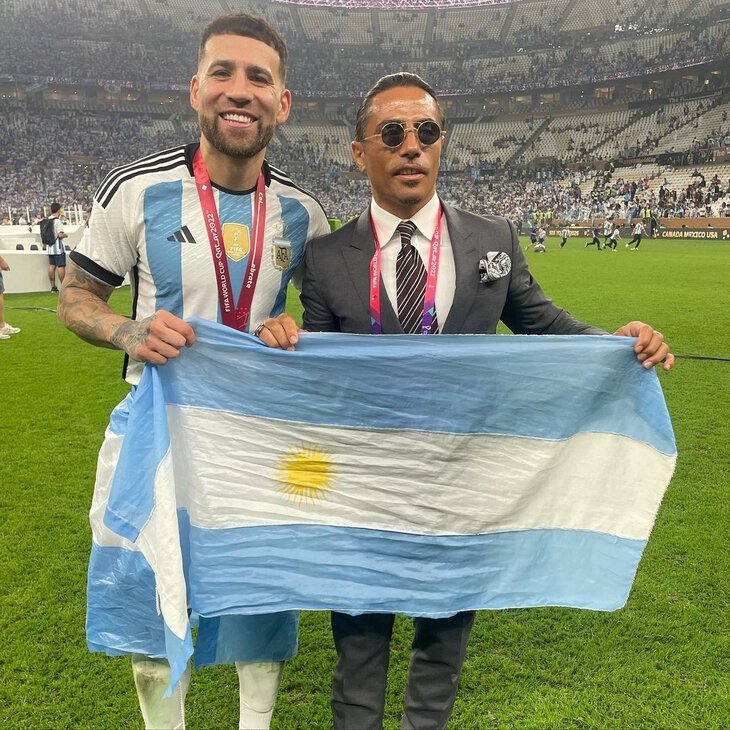 “I thought only world champions could touch the cup?” 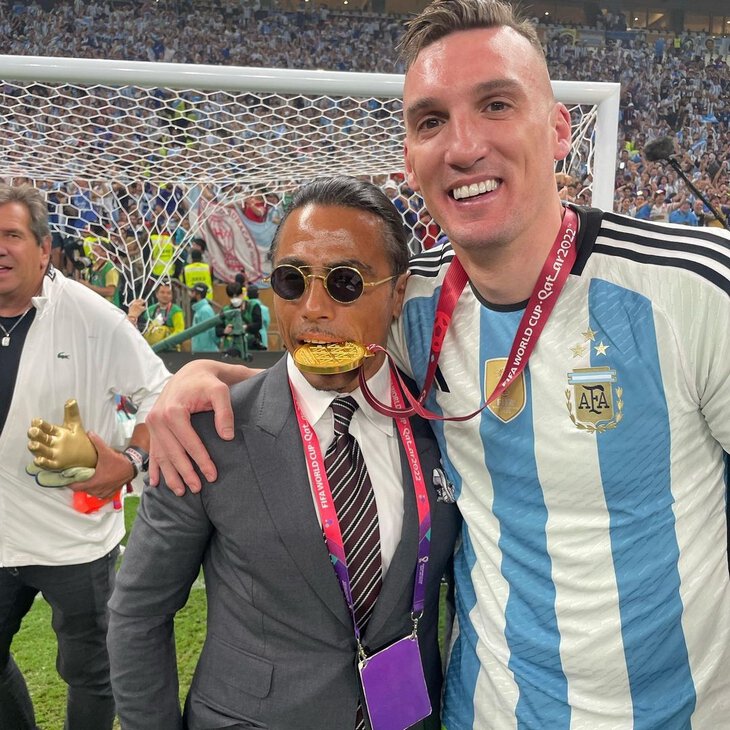 “Players plowed for this trophy. You shouldn’t even be close to him.” 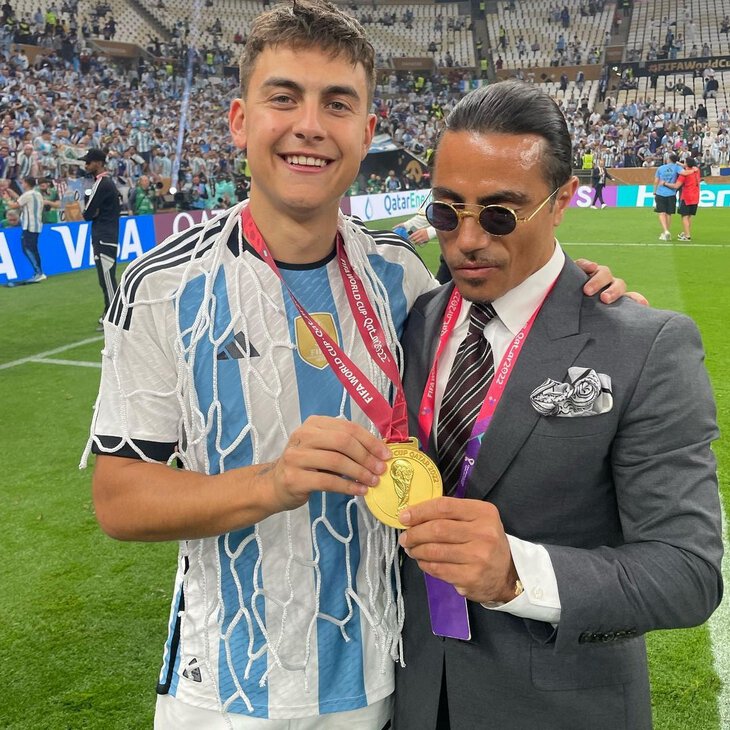 “Why are you holding him and why are you on the field? You shouldn’t be there. You just took a selfie for self-promotion.”

Who is allowed to touch the World Cup?

Not many people have access to a trophy with a design updated in 1974. Explanation on FIFA official website:

• Only a select group of people are allowed to touch and hold the cup.

• These are the winners of the World Cup (including the former, for example, Casillas and Kaka not so long ago carried the trophy around the world).

• These are heads of state. For example, the Emir of Qatar at the 2022 World Cup.

Among the elected, as we understand, is the president of FIFA.

It is also noted that the cup remains the property of FIFA. The winning team receives it during the awards ceremony and then returns it to FIFA before leaving the stadium. Instead – a copy (“winner’s prize”).

Marca explained a few years ago that champions and heads of state can touch the cup without gloves. And any manipulations during transportation, cleaning or storage should be carried out with gloves and under supervision.

The rule is broken from time to time. And Rihanna did it

The most striking example of a violator is Rihanna. In 2014, she supported Germany in the World Cup final and celebrated the victory with the Germans – she was photographed with the cup in her hands along with Klose, Gotze, Podolski and Schweinsteiger.

And she shared her happiness: “I touched the cup, held it, kissed it, took a selfie with it !!!”

However, then there were a lot of selfies of wives and girlfriends of football players with a trophy. Probably FIFA just turned a blind eye in this case.

There is still footage from the celebration of the Brazilian national team in 1994: Carlos Alberto Parreira descended with the cup, which was stroked and touched by the fans along the way. 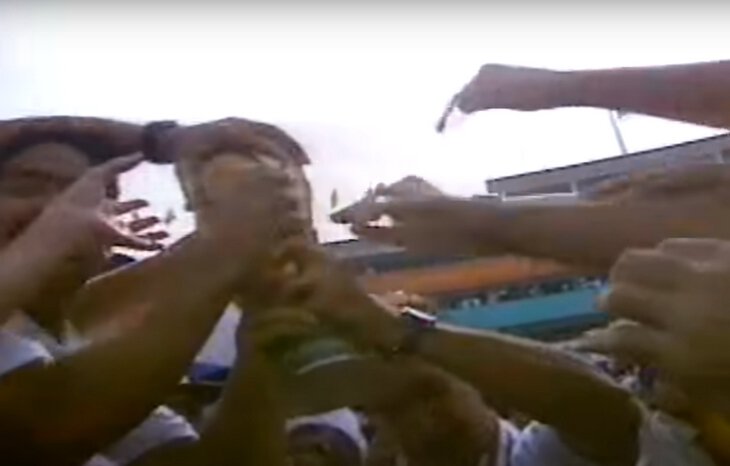 The cost of the World Cup is estimated at about $20 million, so it deserves special attention.

So, once again: who is Nusret Gokce anyway?

This is a Turkish chef and restaurateur who masterfully cuts meat and salts – this is his feature that attracts celebrities and subscribers. He has a signature gesture that makes him so recognizable.

At Nusreta Steak Restaurant in Doha, the cheapest bottle of champagne costs over $500. During the World Cup, Ronaldo looked in there. Zubastik’s visit cost $8,000. 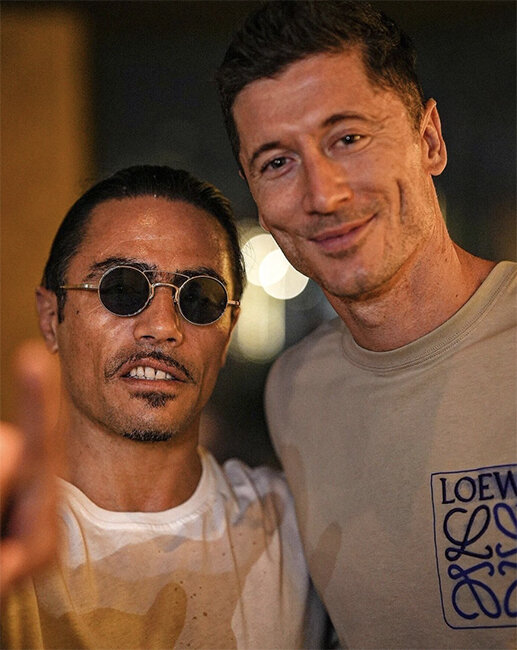 Was visiting Gokce and Messi, came along with Pogba. It happened in November 2018 during a short vacation in Dubai. The cook cut the meat and treated both of them with a huge knife. 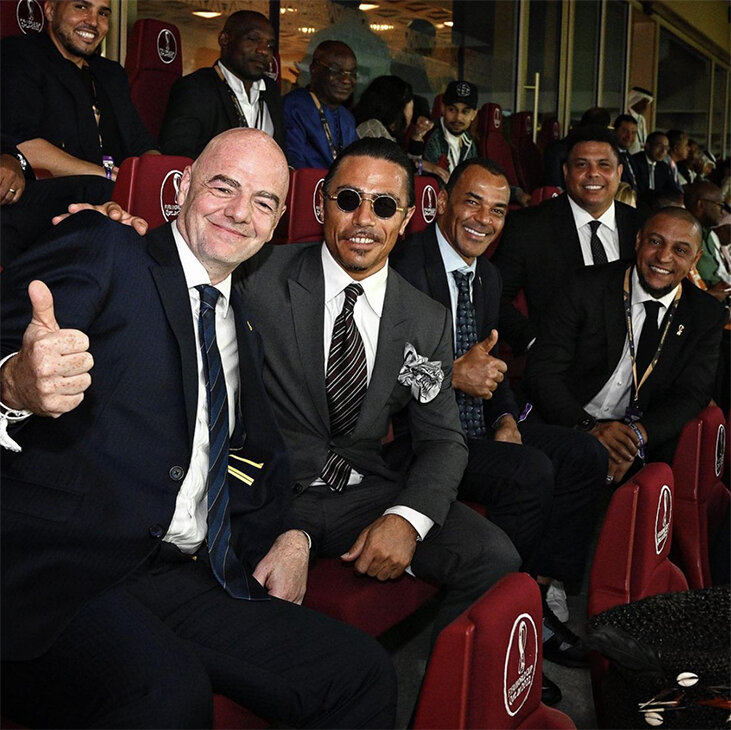 Another important guest of Nusret is FIFA President Gianni Infantino. Probably, without an acquaintance of such a rank, the chef simply would not have gained access to the winners of the World Cup. In 2019, Infantino praised the restaurant in Dubai and the chef himself: “He is number 1. The meat here is incredible. Food is like football – it’s emotion, it’s love.”