Barcelona survived the trip to Atlético – a difficult 1-0 helped to break away a little in La Liga before the starting Spanish Super Cup.

It was difficult, although Barça turned on immediately. Ousmane Dembele could score already in the 11th minute, he could a little later.

The Catalans squeezed the hosts at the penalty area, the pressure worked: on the 22nd, Pedri went from the center circle to the opponent’s goal, the Atlético defenders parted, and through Gavi the ball reached Dembele – the Frenchman converted. He was the main offensive player in this match without the suspended Robert Lewandowski. 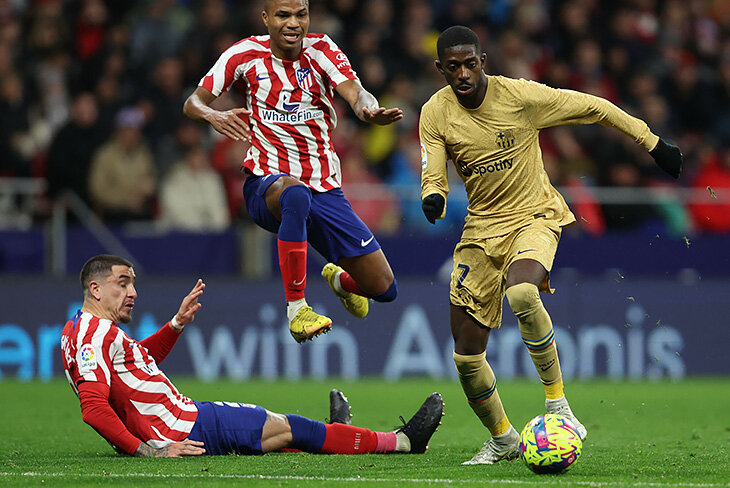 Atlético dominated in the second half as well, but couldn’t score. The game boiled up and reached right up to martial arts from MMA – for this Ferran Torres and Stefan Savic received a red card.

In the last minutes, the hosts nevertheless created the main moment of the match: Griezmann hit point-blank under Ter Stegen, but Ronald Araujo heroically saved right on the line ( here are all the details of the episode). Barça survived the onslaught of the hosts and won.

“I’m happy. Real Madrid stumbled yesterday, and we played an equal match and created several chances, Sergi Busquets rejoices. – We suffered in the end, but still scored three important points. I want more efficiency in attack, but we were good in defense. They created clear opportunities, but we pulled through and won.” 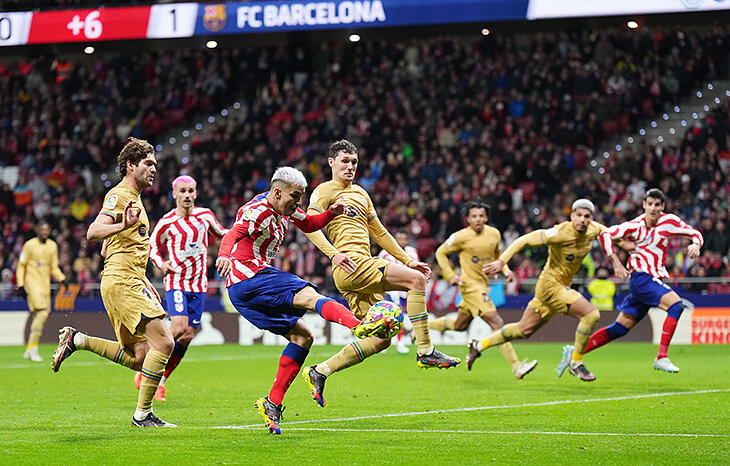 “Those are three golden points,” Xavi characterized. – We were under pressure, but we managed to endure and play for zero. Today we didn’t play so well, but we took three points. I think it’s not just three points, because they give morale and a lot of confidence. Playing not as well as it was against Espanyol and Intercity, we did everything to become contenders for the title in La Liga.

• Atlético were very active: Simeone’s side had 20 shots on goal – since 2003/04 no one has shot more than a Catalan goal without scoring.

• Note also Ter Stegen’s reliability: he now has 12 clean sheets in La Liga. The German surpassed his last year’s result – then there were 11 crackers, but in 35 matches.

Barça is the leader. Although soon a difficult segment

Xavi’s team is now the sole leader in La Liga. The gap from Real Madrid is three points, Madrid lost to Villarreal on Saturday.

This is a full-fledged championship race, it’s time to compare the calendars for the next segment. Barca’s next schedule is a little easier.

The Xavi team will have a match with Getafe at home, and then a close trip to the daring Girona from the middle of the table. But then it’s tougher: Betis, Sevilla and Villarreal will mix with Man United in the Europa League.

Real Madrid traditionally storms in January: after the defeat from Villarreal, Madrid will have to play against Ernesto Valverde’s Sociedad and Athletic, and Villarreal is still waiting for the Spanish Cup.