Vinicius became a superstar and a real pro. Helped by Ancelotti, Benzema and crazy self-improvement

In September 2019, Vinicius scored for Real Madrid for the first time in almost 8 months and cried. Reassured the whole team. 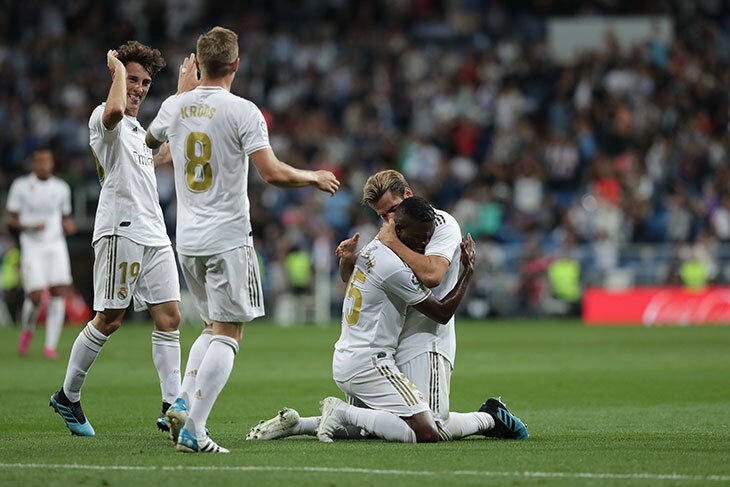 In October 2020, the French media lip-read the conversation between Karim Benzema and Ferland Mendy during the break of the Champions League match between Gladbach and Real Madrid. The forward begged: “Brother, don’t play for him, please mom. He’s playing against us.” Mendy replied, “Because of fear, he is losing what makes him a strong player.” Benzema and Mendy dispensed with names, but the suggestion suggested itself. It was about Vinicius.

Real Madrid coach Zinedine Zidane took questions off: “I don’t think criticism will hit Vinicius. Nowadays there are many cameras, more than before, but everything remains on the field. It’s always been that way. I used to do this myself, and I was also criticized. The most important thing is that the issue has already been settled, the players have talked. Everything is fine”.

In February 2021, the Spanish newspaper As flared up with an insider – they wrote that due to a regression in the game of Vinicius, Real Madrid was ready to consider selling him in the summer. At that time, he played only 176 minutes in 6 Madrid games a year.

Under that news on Sports.ru, the following comments were added:

In March 2021, Vinicius admitted that it was easier for him to dribble than to score, and then he proved it. In the Champions League game with Atalanta, he intercepted the ball at his goal, ran to the Real penalty box in 15 seconds, removed three defenders with tricks and shot past the goalkeeper line.

Everything changed in April 2021. Vinicius scored two against Liverpool and destroyed Trent in the Champions League quarter-finals. A few days later, Marca included the Brazilian in the list of those whom Real would never sell.

But the real takeoff began in the 2021/22 season. After the arrival of Carlo Ancelotti, Vini scored 42 (22 + 20) points in 52 matches for Real Madrid. Including the winning goal against Liverpool in the Champions League final. 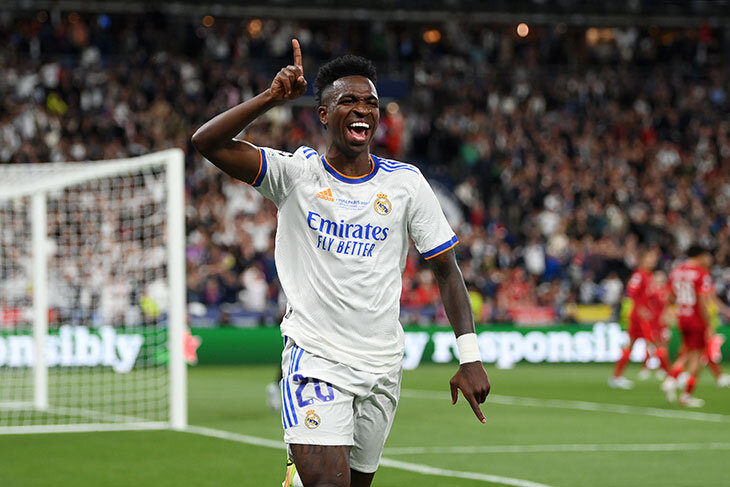 Now it seems that Vinicius already has a better chance at the Ballon d’Or than Neymar. How did it happen?

Real Madrid bought Vinicius for €45m when he had 17 minutes in senior football. The risk paid off

Vinicius got on the cover of Marca even before the first training session with the Flamengo team. He was called the “new Neymar” and Real Madrid shelled out 45 million euros when the guy had only 17 minutes in senior football.

Everyone thought: “How can a teenager cope with such pressure?” And Vinicius did not seem to care – he enjoyed himself and behaved boldly. For example, during matches he told the opponent’s defenders exactly how he would circle them. “Too much individualism, too little teamwork,” former Flamengo player Dejan Petkovic scolded the winger.

Criticism did not hurt Vinicius. In the Copa Libertadores match with Emelek, he went out for 24 minutes and scored a gorgeous double. After that, comparisons with Ronaldo rushed.

For Real Madrid, the transfer of Vinicius was an important strategic task: Florentino Perez was still sad that he had missed Neymar in 2013. This could not happen again. At the start of the 2013/14 season, Perez invited scout Huni Calafat to a meeting of the board of directors of Real Madrid and instructed to lure the most talented. Calafat spent a lot of time in Brazil, talking to Vinicius and his family and talking about the Real Madrid project. 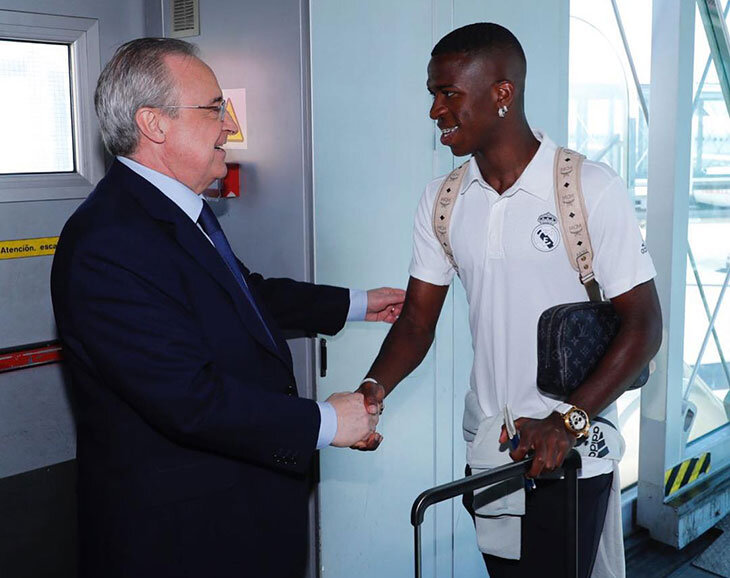 Not everyone was sure that Vinicius would settle down in Europe. Given the amount of 45 million euros, the risk was great, but Real believed in the Brazilian.

Solari attracted Vinicius to the basis of Real Madrid. Relations with Zidane were difficult – the Frenchman had a lot of faith in Hazard

At first, Vinicius played in Castilla under the leadership of Santiago Solari. He picked up the first team after the resignation of Julen Lopetegui and pulled the nimble Brazilian to the base. By January 2019, Vinicius had established himself at the start, in two months he scored 2 goals and made 5 assists, and then tore his ligaments in the Champions League game with Ajax. Real Madrid were relegated, and Zinedine Zidane was appointed instead of Solari.

In the summer, Zidane insisted on a 100 million transfer of Eden Hazard from Chelsea – just on the flank of Vinicius. In his second season at Real Madrid, the Brazilian only played 90 minutes 7 times, scoring 5 goals and 4 assists in 38 matches.

Vinicius’ relationship with Zidane was complicated. The coach often talked about the fact that the Brazilian needs to progress, and practically did not praise him. Zidane really wanted Hazard to succeed at Real Madrid – because of this, Vinicius played either on the right flank or sat on the bench.

In March 2020, Zidane and Vinicius quarreled. The coach kicked the player out of the base before the return game with Manchester City, believing that he was lazily working in training. Vinicius got angry, refused to go to the bench and spent the entire first half in the dressing room with Marcelo. In the second half, the rebel was returned – but instead of the faded Hazard in that match, he never came out.

The trick was taken sharply: Vini was bombarded with angry comments, and Zidane did not understand how to explain his strange behavior. Junior apologized the next day and Zidane relented.