There are several versions.

For the first time in its history, Vityaz presented a retroform. It happened on September 6 , but they decided to play it only on New Year’s Eve – on Friday, December 30, hockey players from the Moscow Region will play it against SKA.

It looks very stylish: instead of the current logo, there is a redesign of the original 1996 emblem with an angel, chain mail on the sleeves. 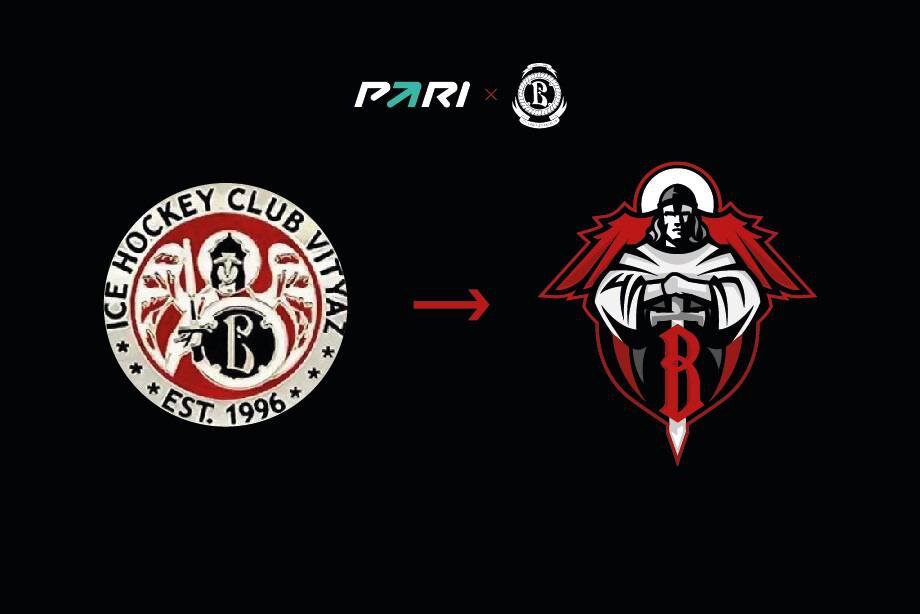 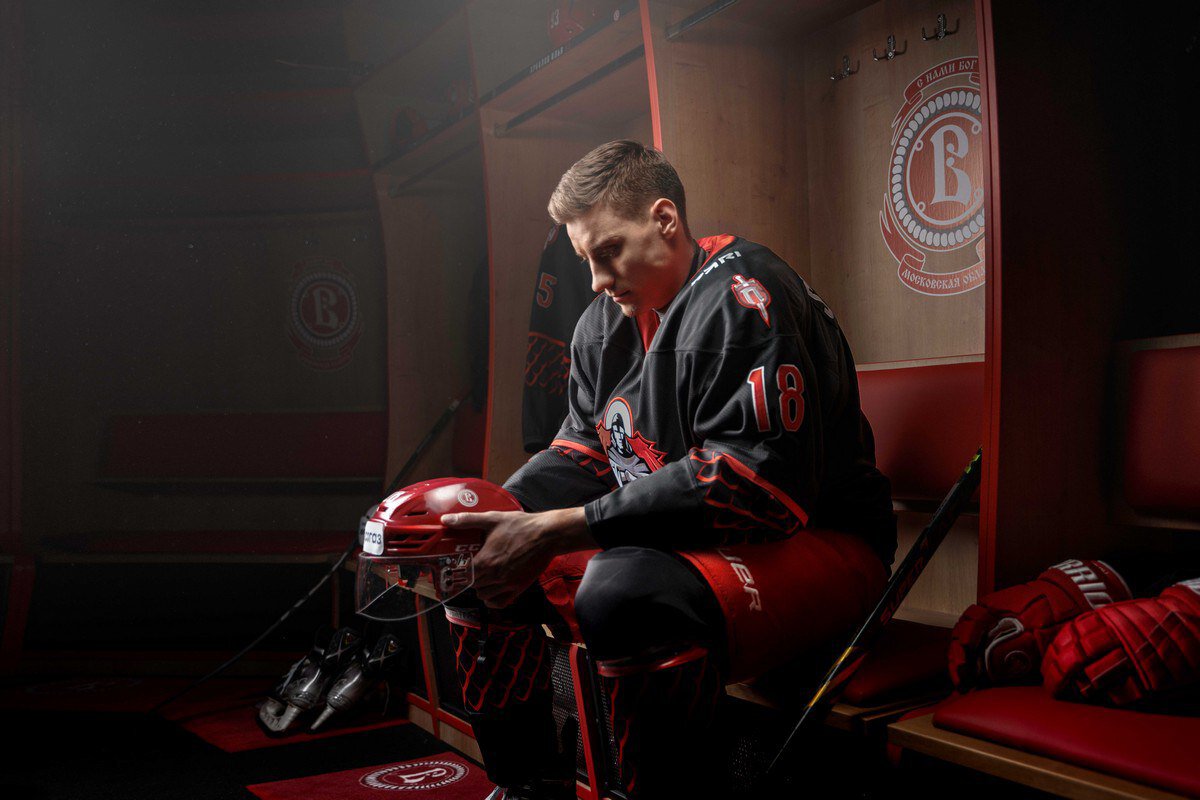 They didn’t forget about important cities for the club: on the shoulders there are references to Chekhov and Podolsk, where the team was based before moving to Balashikha. 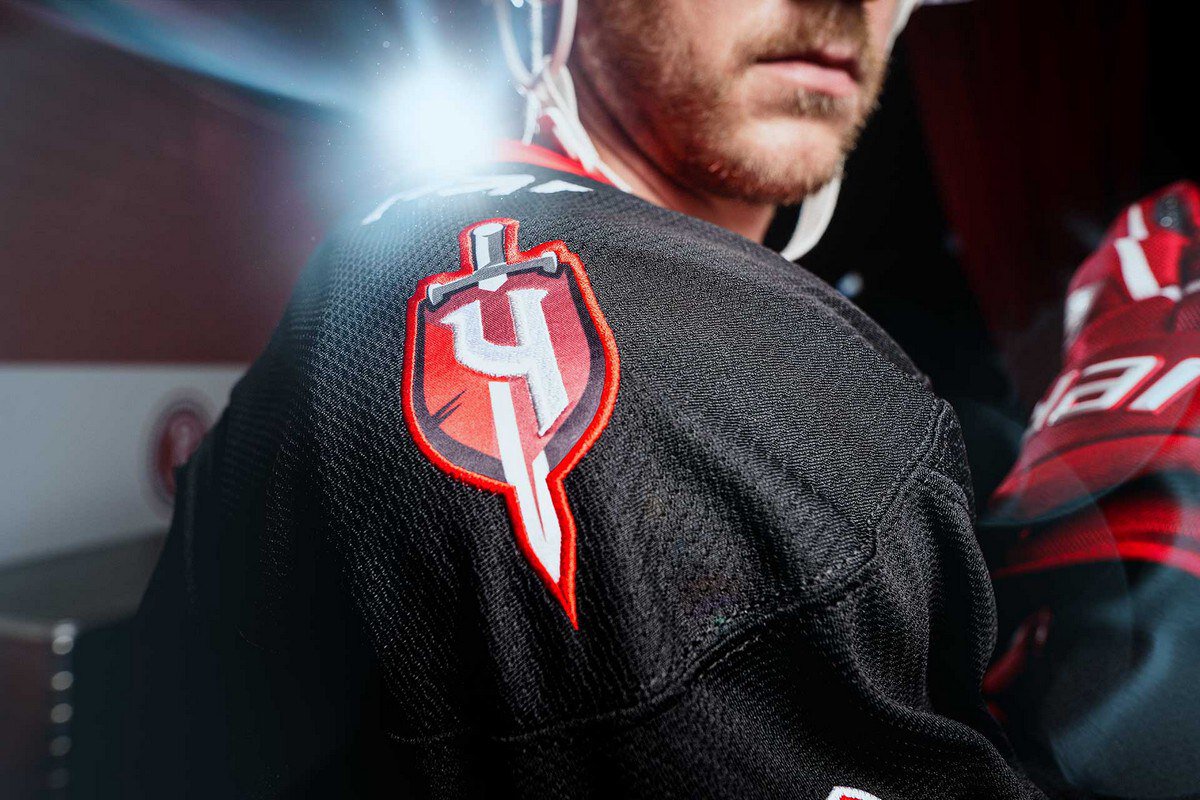 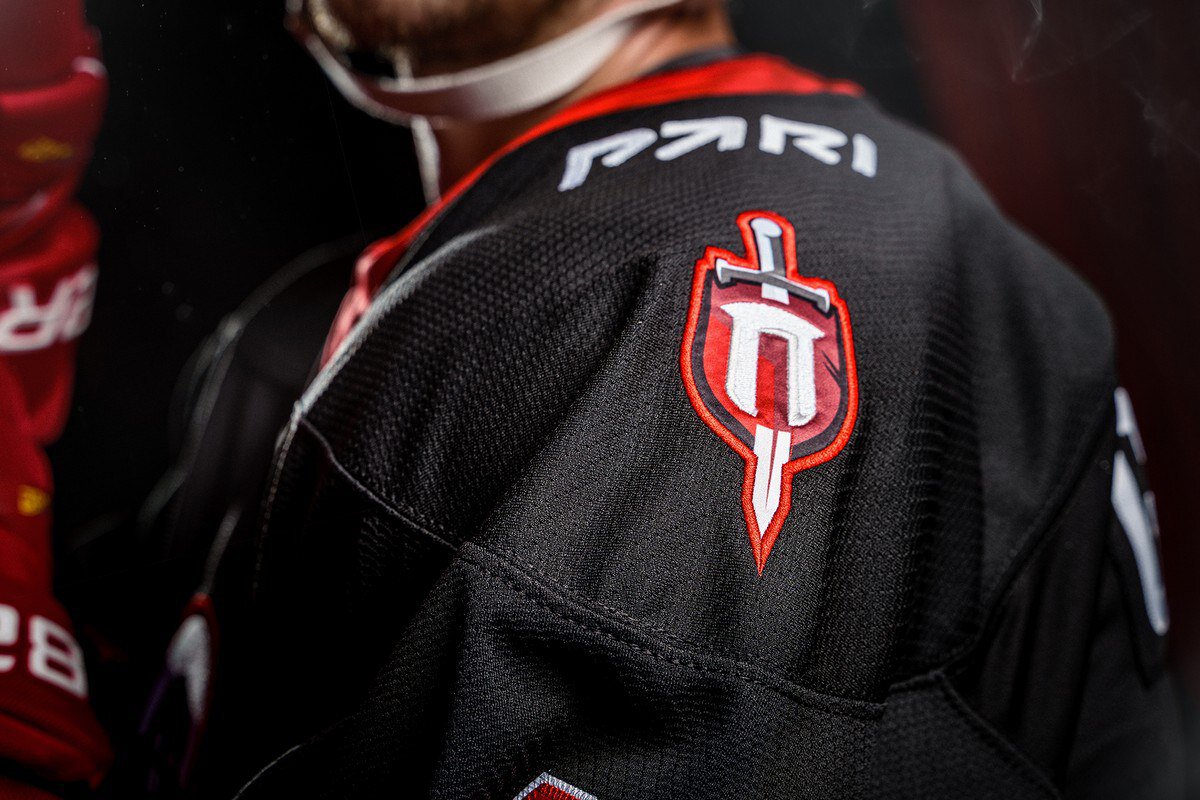 Another important element is the motto of the club “God is with us” on the collar (apparently, they peeped at Avangard ). Usually this phrase can be seen on the chest of hockey players near Moscow – although they hid it here, they still left it on a sweater. 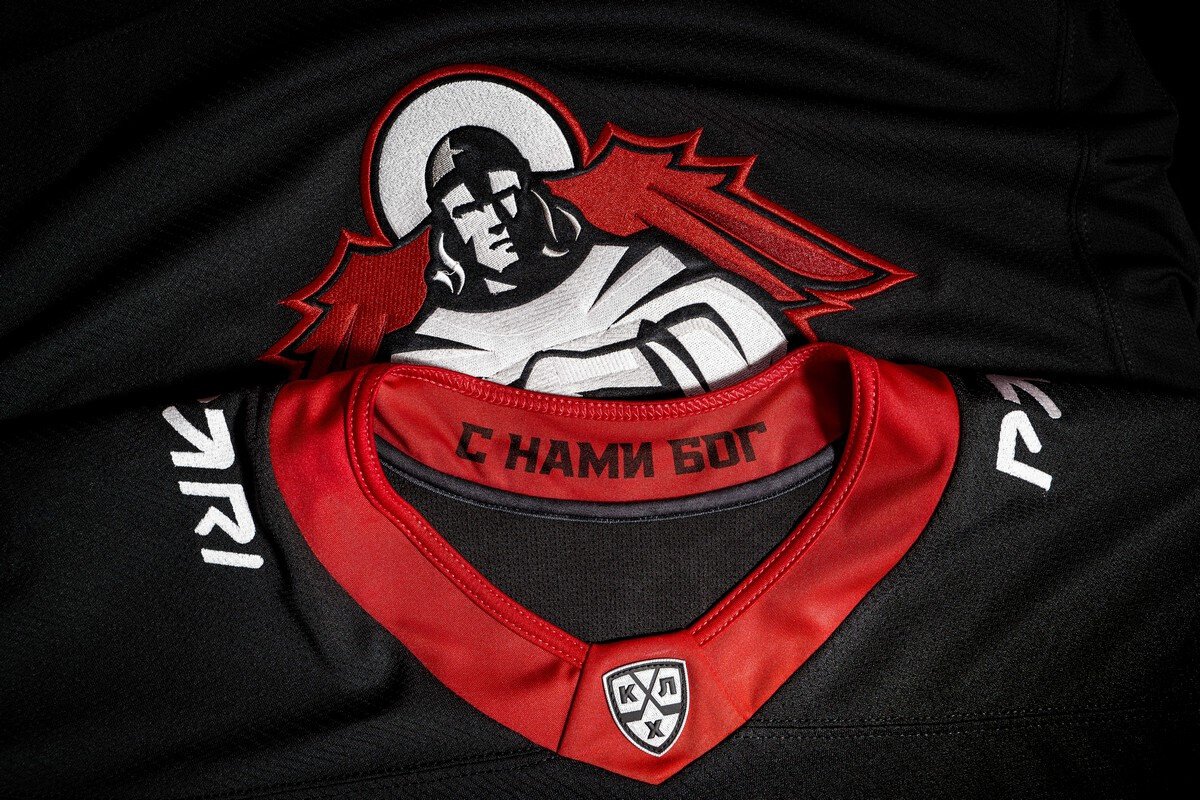 And this is how it looks on the team’s standard game jersey: 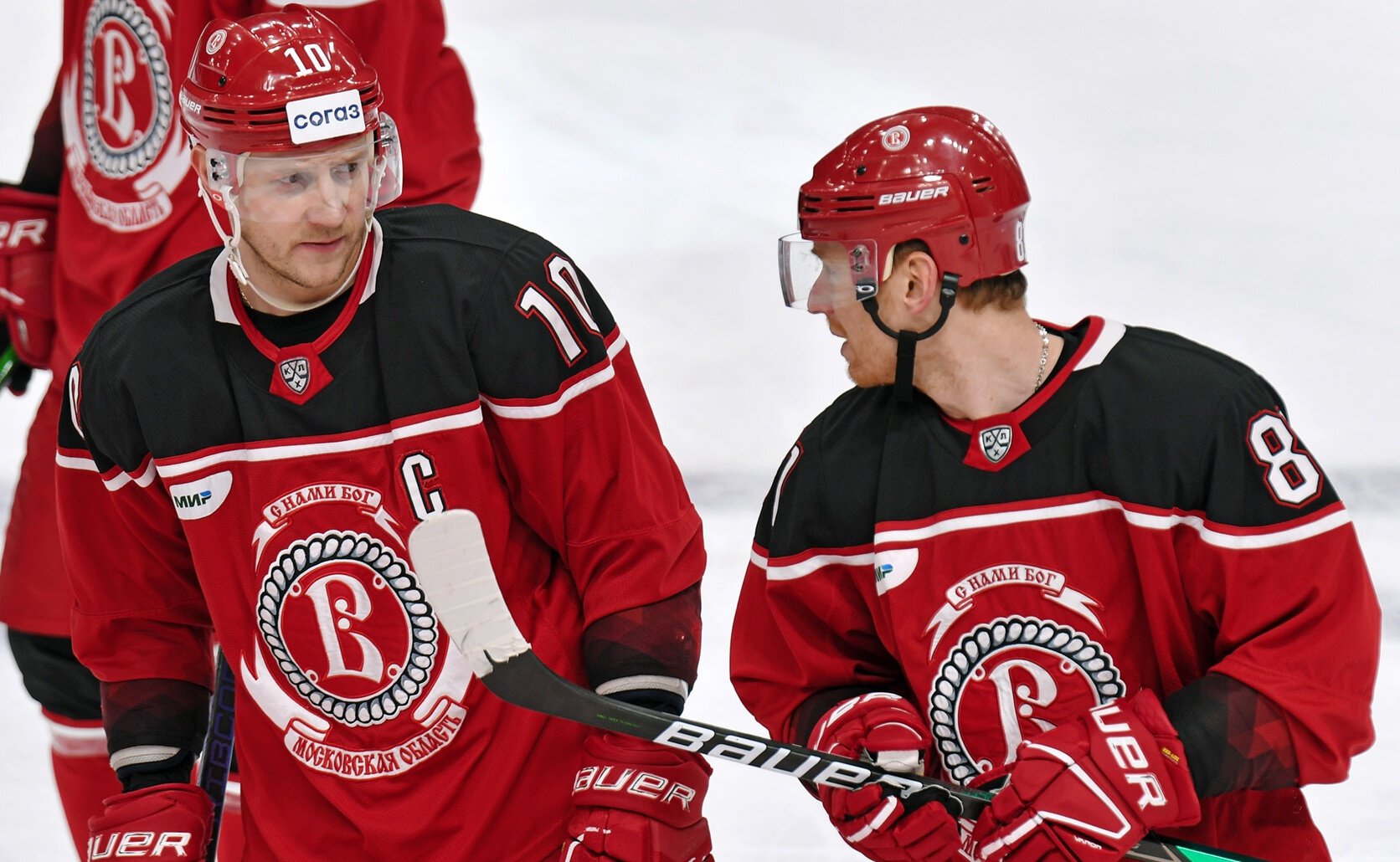 In general, the club has long staked out this expression for itself in hockey. But you probably stumbled upon “God is with us!” somewhere on the internet or a movie. Who came up with this? Consider all options.

• One of the first references to the phrase can be found in the Bible. It is found in the Book of the Prophet Isaiah (chapter 8, verse 10): “Make plans, but they fail; speak the word, but it will not take place: for God is with us! “.

They continue to use it today: in the Orthodox Church, during Compline (evening worship) on the days of fasting, they sing “God is with us.”

• The expression could have been popular among the Crusaders, along with the famous Deus vult (from Latin – “God wants it”, “God’s Will”).

• In Russia, the most famous quote belongs to the commander Alexander Suvorov – he said it in 1799 during a military council in the monastery of St. Joseph in Switzerland (we recall the school curriculum and the Swiss campaigns of the Russian army):

“We are surrounded by mountains … surrounded by a strong enemy, proud of victory … Since the case under the Prut, under Sovereign Emperor Peter the Great, Russian troops have never been in such a death-threatening situation … No, this is no longer treason, but a clear betrayal … a reasonable, calculated betrayal us, who shed so much of our blood for the salvation of Austria. Now there is no one to wait for help, one hope is in God, the other is in the greatest courage and the highest self-sacrifice of the troops led by you … We have the greatest, unprecedented work in the world! We are on the edge of the abyss! But we are Russians! God with us! Save, save the honor and property of Russia and its Autocrat! .. Save his son … “. 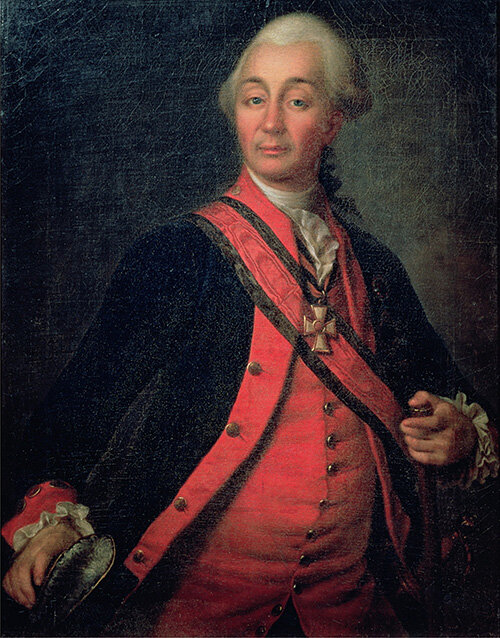 • The expression was often used in heraldry (the science of coats of arms) of different countries. In Byzantium, it sounded like Nobiscum Deus (“God is with us”), in the German Empire – Gott mit uns, in the USA – In God We Trust (“We trust in God”). By the way, the last wording is the national motto of the states, which is even reflected on the $20 bill.

There is a version that “Vityaz” began to use “God is with us” as a motto at the suggestion of the former owner Nikolai Pavlinov, who honored Russian history. It is difficult to say exactly when she appeared on the form – it seems, since the 2004/05 season, when the letter “B” replaced the angel on the logo and club jerseys. 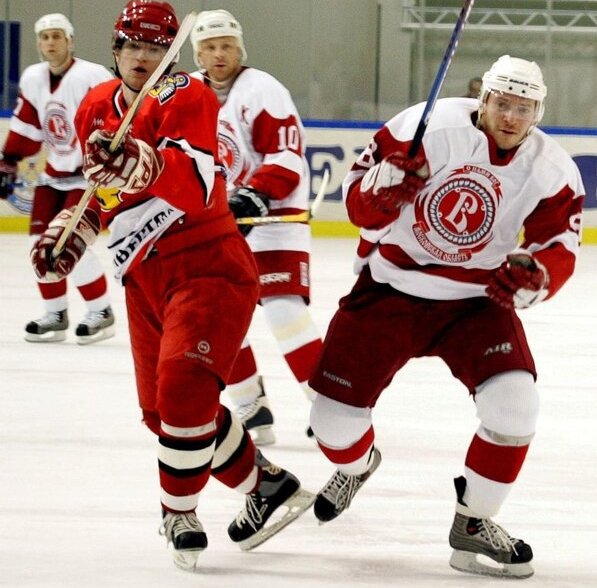 In 2010, “GOD WITH US, GOD MOSCOW REGION” was even registered by the club as a trademark – and the exclusive right to it will expire only in 2028.