Basketball mixes of the 80s.

Now, when Youtube is full of all sorts of mixes, highlights, mashups and compilations (everything that I knew was fashionable – I listed everything), it is simply pointless to sing the praises of the NBA Superstars series, trying to find something unique in it.

Another thing is that this is not required.

The venerable age (the first part was released in 1990) allows us to consider the unforgettable trilogy purely as a subject of basketball archeology. This is a crumbling monument to its time, whose contribution to attracting a basketball audience should be appreciated, but not overestimated. Although it is difficult for those who remember the erased VHS not as an artifact, but as an integral part of childhood or adolescence. 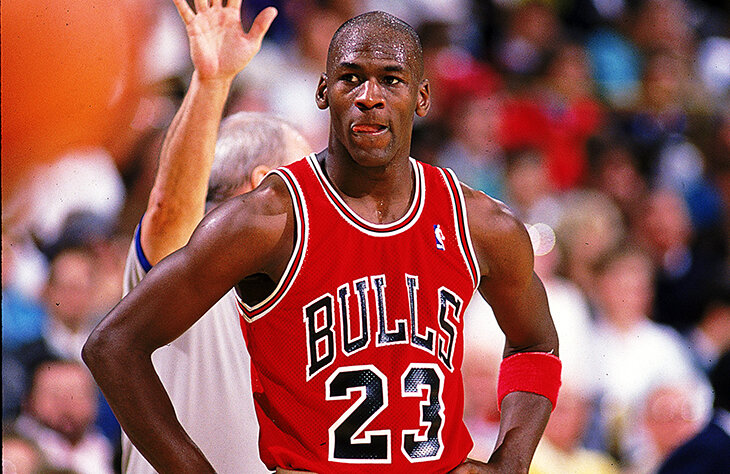 Despite the fact that the famous series of basketball retro videos is most often associated with the 90s, it all started much earlier. In 1982, the league, commissioned by Larry O’Brien (the one for whom the NBA trophy is named), decided to go beyond the attention of basketball fans and created a division called NBA Entertainment. The main task of the new department, headed by general producer Don Sperling, was to attract a new, less sports-oriented audience. The NBA wanted to become a natural part of the cultural mainstream. The biggest and most effective way to do this was television. So the NBA struck a deal with home video distributor CBS/Fox to produce films covering major NBA events and the NBA Finals.

Perhaps this would have been limited if not for Bird’s rivalry with the Magic, and then the appearance of Jordan. The duel between the characters of the Celtics and the Lakers created for the mass audience a real dramaturgy in sports scenery: dissimilar characters, each attractive in its own way, classic and quickly read the plot – an uncompromising confrontation, and the development of events in real time. Using the example of coverage of the landmark duel, NBA Entertainment has learned how to make content that is popular not only with fans, but also with the average viewer. So when Michael Jordan showed the world a hitherto unseen style of play, the NBA knew how to present it well. By 1989, NBA Entertainment had released a movie about the Pistons (Bad Boys) and a video portrait of Michael Jordan: Come Fly With Me that quickly became a cult hit. The latter, according to The Athletic, 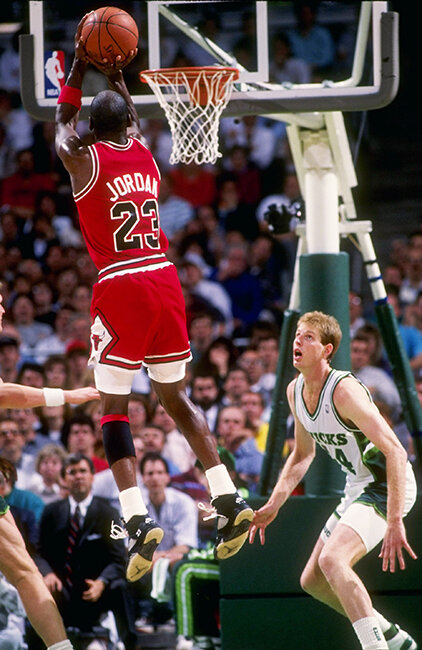 In the absence of YouTube and social media, such documentaries were the only way to get information about the most popular players in the NBA. When the league began to grow, it was time to make new decisions. Already having a certain credibility with consumers, NBA Entertainment could provide them with a choice, it was only necessary to wrap this opportunity in a bright wrapper. Then Sperling came up with the idea – to create a whole film from pieces of the highlights of the matches to the music that characterizes the style of each famous player.

“No one has done anything like this. At that time, there was not a single video with the players to the music of popular artists, ”said Sperling.

There was no clear plan of action, which only improved the “NBA Superstars”

The main task was to make a selection in such a way that the style of the players was combined with the musical accompaniment. Since they acted by touch, there was no one right recipe. For example, the rather slow and lyrical track “Take My Breath Away” by Berlin did not match much with the dynamic playing of Michael Jordan. But since the song was the main soundtrack of the hit film “Top Gun” with Tom Cruise, where all the action revolved around pilots and military fighters, the creators found such a reference to the game “His Air” quite appropriate.

And already in the second part of “NBA Superstars 2” Jordan received a more tempo composition by Patti LaBelle “Feels Like Another One”. There was a place not only for a rap verse, but also for editing inserts from interviews with Karl Malone and Magic Johnson, who speak complimentary about Michael.

The layout of the material took place in such a way that at least the title of the song evoked clear associations with a specific player. If everything was done correctly and the highlights with the track complemented each other, then it seemed that the songs were written on purpose.

Here are the most striking examples.

Janet Jackson’s song “Control” describes Magic Johnson well with his vision of the court and the ability to play the game.

His main antagonist is a native of the modest town of French Lick and an introvert. While celebrating his 1981 championship win, Bird said to the huge crowd of Boston fans, “It’s an honor to be here. But there’s only one place I’d like to be, French Lick.” So the mood of John Mellencamp’s “Small Town” not only worked, but Bird himself liked it.

And the cocky disposition of Charles Barclay is most easily described by the word “warrior.” It was the composition “Warrior” of the rock band “Scandal” that became the soundtrack for the forward’s aggressive antics.

There was no division into genres, no understanding of how popular an artist should be – there was none of this. Rap pioneer Kool Mo Dee (track “How Ya Like Me Now” for Hakeem Olajuwon) got along well with Greek composer Yanni (track “Looking Glass”, accompanied by highlights by Dominic Wilkins).

“I am a pure music lover. I love literally everything: classic rock, jazz, hip-hop,” admitted the producer of NBA Entertainment.

The first release was swept away in a matter of days. The public liked the format, and the leadership of the league saw it as a new opportunity for making money. But, as often happens, it did not work out to enter the same river twice.

Sequels followed, but the effect of novelty was lost, and times have changed

In 1992, NBA Superstars 2 was released. Even today, their release can not be called a failure. Over a million copies of the cassettes have been sold.

And that’s not including freebies. After the success of the first part, NBA Entertainment entered into a partnership agreement with Sports Illustrated magazine. One of the conditions was that the league would provide NBA Superstars tapes, which the magazine would send out free of charge as a gift to readers who signed up for an annual subscription.

And yet the second part could not repeat the success of its predecessor.

In truth, hardly anyone counted on it, because “NBA Superstars” stayed on the Billboard charts – in the sports video section – for three years. In addition, in order to surprise the viewer again, it was necessary to come up with something extraordinary, and the continuation, in fact, became a repetition of the material covered. The songs were new, but the players were mostly old. Scotty Pippen, Chris Mullin, Tim Hardaway, Karl Malone, Patrick Ewing were added to the already familiar Byrd, Magic, Jordan, Barkley, Wilkins, but there were no significant changes. The editing became a little more cheerful, the ironic comments of the players themselves began to slip more often, but there was nothing revolutionary in this.

“David Stern was the first commissioner to promote basketball as part of the entertainment industry and he had great players to do it. Bird and Magic first. Then Jordan. They really embodied the idea that the player is as much a performer and creator as a musician or an actor. This was new. “NBA Superstars” appeared at the right time. It was an organic product of its time, but then it changed,” admitted NBA Superstars producer Gil Kerr.

NBA Superstars 3, released in 1995, was something of an upbeat wake from the movie Don’t Cry. Despite the fact that the canvas remained the same, the authors tried to furnish everything as fashionable and youthful as possible.

A booth appeared with host Kool DJ Red Alert, diligently pumping up the spirit of modernity. It turned out, so to speak, to the best of their abilities, given the fact that the benefits of the Internet were already available to many.

In addition, in the third part, characters like Kenny Andersen, Steve Smith, Derrick Coleman entered the rank of superstars – people who are deserved in every way, but certainly not the inhabitants of the first echelon of the NBA. Especially funny today to look at the final selection of rising stars of the next generation. Under the peppy pop manifesto of the singer Rozzala “Are You Ready to Fly”, they are trying to explain to us that Tom Gugliotta, Sean Bradley, Clarence Witherspoon and Harold Miner will predetermine the league to a new level with their game. But the song is sticky, and shots with Chris Webber, Penny Hardaway and Letrell Sprewell appear in the collection much more often, so it all looks sincere.

And this, perhaps, is the only correct attitude towards the NBA Superstars series – moderate gratitude for the timely appearance and the absence of regrets about the slightly prolonged departure.

In the early 1990s, cassettes with basketball videos made it possible to look at a purely competitive event as a cultural phenomenon and played a small but significant role in educating the future generation of basketball players.

Don Sperling, in an interview with The Athletic, said that in 1996, on duty, he conducted a seminar for newcomers to the NBA, in which he spoke about his responsibilities and about how important it is for the league to be integrated into the entertainment industry. After the workshop ended, a guy approached Sperling and thanked him for the first part of NBA Superstars and numerous documentaries. He was crazy about Jordan and said that he almost wiped out all the videos dedicated to his idol. The impressionable young man’s name was Kobe Bryant.