Chelsea intercepted Mudrik from Arsenal. It looks like they paid more than 100 million euros

Today, the Memphis Grizzlies are one of the most fashionable teams in the NBA: leadership in the Western Conference, stable participation in the playoffs, one of the heroes of the new generation of the NBA, desperate Ja Morant, stylish kits with original references, referring, among other things, to team from Vancouver, where the bear tribe originated.

But why did the team leave from there, who is to blame and who to point fingers at? Let’s try to figure it out. 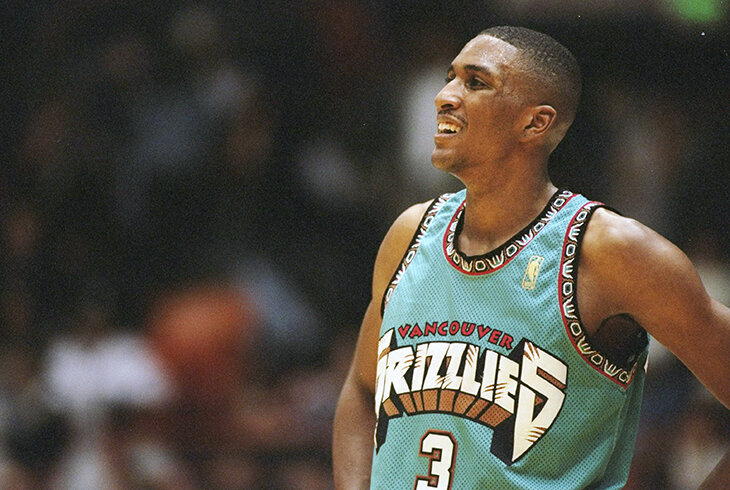 Ja Morant’s prototype was supposed to appear in the Grizzlies back in the late 90s, but this was prevented by the mentality and capricious temper of the player

Climbing the stage and shaking hands with David Stern was to be another cinematic story arc in the life of Steve Francis. Not a climax, but something much more life-affirming than the preceding events. Before that, there was a mother who died of cancer, a 20-year-old convict father, drug dealing on the corner of Maple Avenue and Tacoma Park, living with 18 homeless children in a cluttered apartment, no school, scholarships and little prospects.

“It was 1995, I was 18 years old. Across the street from me, Allen Iverson was tearing up the competition playing for Georgetown University, and I spent all my time standing on the corner trying to build my own puny drug empire. Most of the effort went into not being killed or robbed. If I succeeded, I released the remaining energy in basketball games, which were held in the basement of the local fire station, ”recalled Francis in his memoirs for the Players Tribune.

At the age of 10, Steve was already an errand boy for local hucksters. As he grew older, his powers expanded, and the homegrown Tony Montana became so busy and businesslike that he had to change six schools. When the coaches talked to him about the makings of a professional athlete, Francis nodded his head meekly, and he immediately went to push crack with his colleagues.

Next in the script should be the phrase “but the death of Steve’s mother changed everything.” And partly it is. Just not in a positive way. 18-year-old Francis fell into a depression, dropped out of school, began to hang around the brothels, and dined with volunteers and social services. When those were gone, and the stomach continued to rumble menacingly, Francis took food from the homeless. The sale of drugs gave not so much a livelihood as a sense of belonging to a particular community.

“When I tell my story, I don’t try to idealize the drug trade. There is no romance in this activity. Just so I can let you know where I come from. I grew up in DC in the 80s during the crack epidemic. And don’t you dare call it the era of crack. It was a natural epidemic. Man, crack has been eating our society like a plague. Believe me. I have seen that. I lived with it. I sold this plague.