A new buyer has appeared – Lokomotiv. 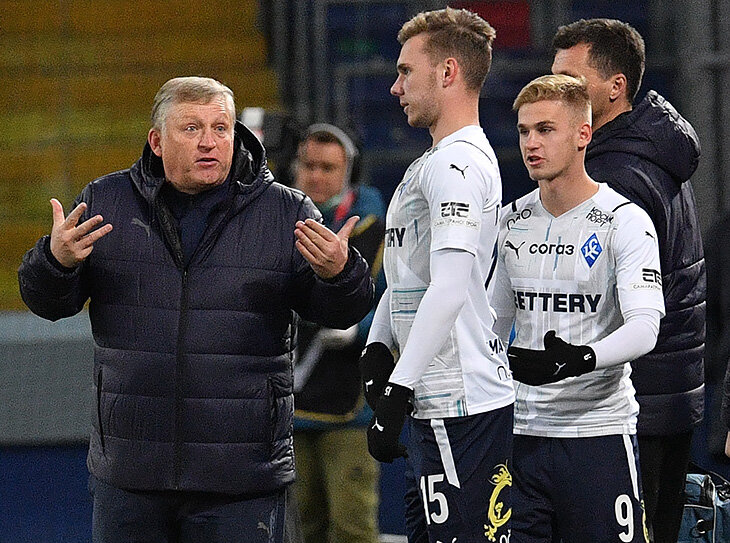 But that’s not all. According to Metaratings , 19-year-old Krylia midfielder Artem Sokolov is also about to end up in Loko in exchange for 20-year-old defensive midfielder Sergei Babkin.

Lokomotiv’s similar transfer activity has already been linked to the recent appointment of Yuri Nagornykh as chairman of the board of directors. Previously, he served as deputy head of Moskomsport, an organization that has jurisdiction over Chertanovo.

“It is possible that young talented players will come. They can represent completely different clubs. They can be pupils of different academies,” the new head after the appointment outlined the future of Loko, answering a question about the pupils of Chertanovo.

But so far nothing has been heard about “different academies”. In addition to Pinyaev, Glushenkov and Sokolov, the only thing discussed in the media is interest in other Chertanovsky pupils – Roman Yezhov and Alexander Soldatenkov.

Dozens of talents from Chertanovo are one of the country’s most valuable football assets. At the same time, their careers, despite their young age, have developed over the past few years along a very rich, but stereotyped path. In which the Moscow Lokomotiv did not appear.

“Wings of the Soviets” – a hub for the pupils of “Chertanovo”. 19 transfers in two years (plus 5 in transit through other clubs)

In the summer of 2020, one of the most anomalous transfers in Russian history took place – 8 leading players immediately moved to Krylya Sovetov from Chertanovo, along with head coach Igor Osinkin. A year later, one of the most talented juniors in the country, Sergey Pinyaev, followed the same route.

A very profitable purchase, given that almost all were players of various national teams of their ages.

In addition to Pinyaev, another 15 young players associated with Chertanovo joined Krylya Sovetov this year. 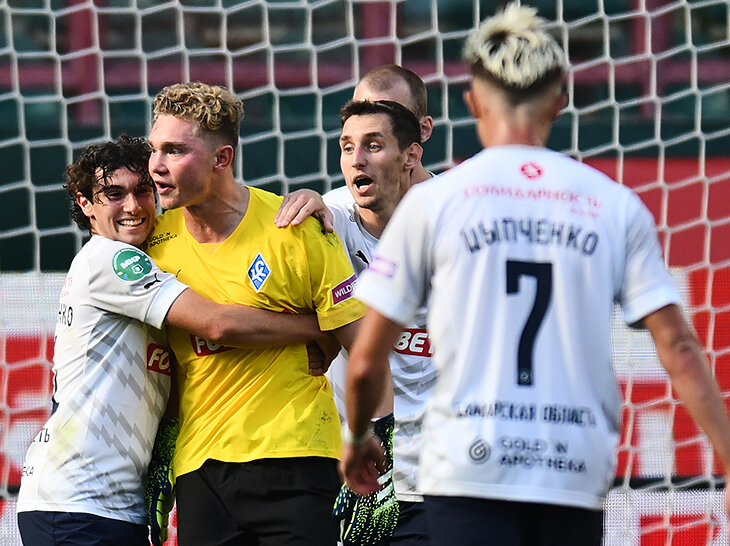 And these are also one of the most promising players of their age – in total, they played 220 matches for the youth / youth teams of the country. Sergey Pinyaev made his debut for the main team in November of this year.

But these transfers are united not only by Chertanovo, but also by an accredited intermediary (agent) Pavel Andreev. Only Zherko and Veselov are not listed as his clients according to the official register of the RFU.

Of Andreev’s 130 clients, 33 now play at Chertanovo, and another 23 players started their careers at this club.

How much did Chertanovo earn on these transfers?

The state budgetary non-standard educational institution of the city of Moscow “Sports boarding school” Chertanovo “is in the department of the Department of Sports of the city of Moscow (Moskomsport). The institution is subsidized and operates at the expense of annual subsidies for the implementation of the state task. The objectives of the activity are formulated in the charter: the preparation of the country’s sports reserve and the receipt of compensation in the event of transfer to sports organizations that are not subordinate to the Moscow Sports Committee.

To understand how the bookkeeping of the sports boarding school is arranged, let’s turn to the financial statements of the club – in the RFU and Moskomsport . Let’s compare the indicators for one period – the year 2020, when the students of the Academy for the first time en masse moved to the “Wings”.

All RPL budgets: Zenit spends the most, Sochi is top in efficiency, and Spartak is the other way around

Chertanovo, as a budget institution, discloses financial data on the bus.gov.ru portal . In the report for 2020 to Moskomsport, the club records revenues of 560.1 million rubles, most of which are budget subsidies – almost 420 million rubles. The boarding school spent 536.6 million rubles, which, broken down, look like this. Interestingly, in 2020, Chertanovo spent more than Khimki from the RPL, and in the FNL, only Orenburg, Krylya Sovetov, Yenisei and Tom’s expenses are higher. For example, Alania spent 165 million rubles.

“Chertanovo” is also among the leaders in terms of budget subsidies. “Other operating income” (mostly state money) of FNL clubs in 2020 is higher only for Krylya Sovetov, Yenisei and Tom. In the spring of 2021, Chertanovo was relegated to the second division from the penultimate place, but the financial performance did not change much – the club spent 424 million rubles with subsidies of 370 million. The club earned almost 45 million on its own, most of the amount was the transfer of Pinyaev to Wings .

Here it should be clarified that the less the institution itself earns, the more subsidies it needs and vice versa (annual expenses plus / minus the same). This can be seen from the reporting for 2019 – they earned less, but received more subsidies.

To put it simply: the more profitably a club sells players, the less budget funds are required to maintain it.

As can be seen from the table, in 2020 Chertanovo independently earned 126.2 million rubles from the “provision of paid services and reimbursement of costs” – not so bad. We deduct 6 million for the services of conducting physical education and sports classes, organizing sports events and get 120 million rubles received for the transfers of football players.

Approximately the same transfer figures are shown by Chertanovo in the financial statements in the RFU – 117.2 million rubles.

In addition to the already announced transfers for the two transfer windows of 2020, the academy also sold several players to other clubs – Kirill Kolesnichenko, Vladislav Parshikov, Dmitry Redkovich, Alexander Konev and Alexander Mikhailov. So the amount of the mass transfer to Wings announced in the media in the region of 100 million rubles is probably close to the true one.

But how appropriate is this cost?

It is very difficult to evaluate it due to the lack of understandable algorithms for pricing a football player. The amount of the transfer is influenced by many factors: from demand to the duration of the current contract.

The Transfermarkt.com database generates prices in a vacuum based on manual calculations – they do not have to correspond to the real ones, they are only needed to roughly understand the value of a player in comparison with the rest. TM estimated the market value of the players who moved from Chertanovo to Krylia at 5.1 million euros (422 million rubles *), and the actual compensation received at 2.27 million euros (188 million rubles).

*hereinafter, the average annual exchange rate of the euro on the Central Bank

But it seems that even Transfermarkt with its sources clearly overestimated the real amount – judging by the financial statements, the club received one and a half million euros at the exchange rate for the summer of 2020. Of course, there are reservations here: the amount of compensation may include various bonuses for players or intermediaries, a breakdown of the payment into several years and so on.

Transfermarkt data can be treated differently, but there is another source that indirectly confirms these figures. The ex-general director of the Samara “Wings of the Soviets” Yevgeny Kalakutsky in September 2020 said that the amount of compensation for the transfer of Danil Prutsev to Sochi would cover about 40 percent of the costs for the transfer of eight players from Chertanovo (including Prutsev himself) to Samara residents . Using primitive mathematics, we add the formula:

75 million rubles (compensationfor Prutsev) divided by 40 and multiplied by 100 = 187.5 million rubles. At the exchange rate, this is practically the same 2.27 million euros from TM.

But we can trust official data, not words – income from transfers from Chertanovo’s reporting for 2020 is about 120 million rubles.

It will not be possible to name the exact figures for agency fees for transfers from Chertanovo to Krylia, but on paper they are clearly not fantastic. For example, according to reports for the RFU in 2020, the Samara residents spent 11.5 million rubles on intermediary services (transitions of 8 Chertanovo players plus Zeffan, Khadi, Frolov, Bozhin, Sergeev). These figures look especially modest in comparison with the estimated agency fee of 190 million rubles from Lokomotiv for Pinyaev and Glushenkov. Railway workers, by the way, spent about a billion on agents over the previous two years.

Another entertaining story is the career paths of Chertanovo pupils.

So, the central midfielder Danila Prutsev moved to Wings in August 2020 for 270 thousand euros, and a month later he was already sold to Sochi three times more expensive – for 800 thousand. A year later, he returned to Wings of the Soviets for comparable money, only to be sold six months later for 1.5 million euros. 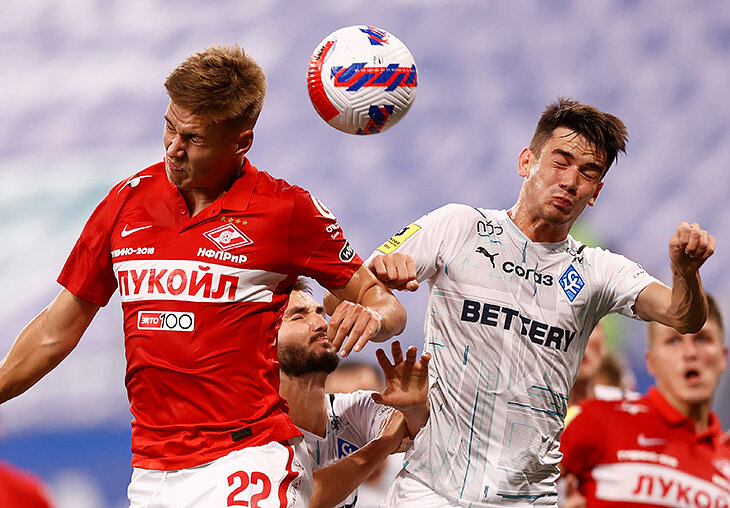 It turns out that in a year and a half, the footballer changed the team four times – one can only guess how much the agent earned on this. According to RB Sport, only when transferring to Spartak did the “associated” costs amount to more than the transfer itself – about 2 million euros.

A similar story with the young midfielder Alexander Kovalenko, who in February changed Chertanovo to Wings. Six months later, the player of the youth national team of Russia was bought out by the same Sochi – apparently, it is already clearly more expensive.

“The amount for which Sochi bought Kovalenko from Krylia is ten times higher than the amount we paid for his transfer in February of this year,” Sergey Kornilenko, sports director of Krylia Sovetov, told the Championship.

True, under the terms of the deal, the football player was supposed to play on loan in Samara until next summer, but recently RB Sport announced a possible early termination of the agreement. The reason is the Dynamo transfer offer of 4 million euros. If this transition takes place, then by the age of 19 Kovalenko will have already recruited 4 clubs, and for Sochi he will not have time to play a single match.

But there is also the transfer route of the already mentioned Artem Sokolov – in six months from Chertanovo to Krylia with a strange transit through Khimki. According to Transfermarkt, the amount of compensation was clearly below market value. Maybe it’s again in the option of compensation? In the case of a transfer to Lokomotiv, he will also move to the fourth club in 19 years. 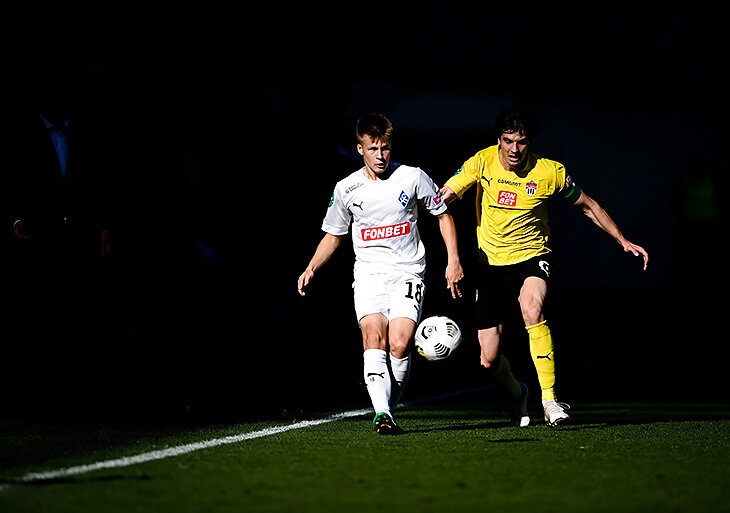 If we discard transfers to Krylya Sovetov (directly or through transit), then Chertanovo has not sold players to the RPL for four years – since the departure of Maxim Glushenkov and Nail Umyarov to Spartak in January 2019. At the same time, Anton Zinkovsky moved from Chertanovo to Samara. After that, 19 players went directly to Wings and four more through Dolgoprudny. Plus, the Samara team ended up with Glushenkov and Sokolov (in transit through Khimki). Seven later moved to other RPL clubs.

As we can see, before that, Chertanovo pupils transferred from Krylya Sovetov only in two directions – Spartak and Sochi (Danil Prutsev managed to do both). It seems that now the vector is changing towards Lokomotiv. The only question is, will Wings of the Soviets remain a hub (it must be admitted, quite successful in terms of game development) for talents from Chertanovo, or will the flow now go to another club?

And another question: how much will the state budgetary non-standard educational institution of the city of Moscow “Chertanovo Sports Boarding School” earn for pupils, and how much will other clubs and intermediaries earn? To exist only at the expense of budgetary subsidies from Moskomsport is a risky prospect. But do they think about it in “Chertanovo”?