During and after the 2022 World Cup final, there were many requests in the comments on Sports.ru to sort out the refereeing. We heard – a former referee and author of the telegram channel “Ale, ref!”  Anatoly Sinyaev analyzed the work of Chief Judge Shimon Marchinyak. 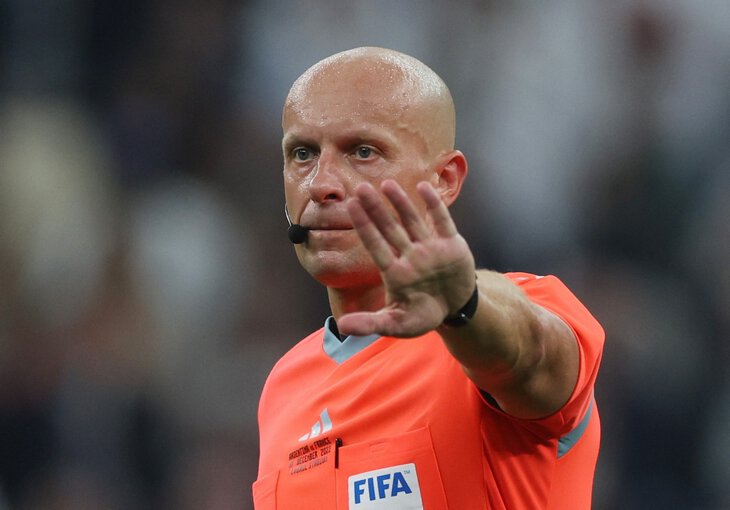 The case when the defender is responsible for moving from behind: he must not cross the movement of the opponent. In addition, the Argentine was moving with the ball to the gate, and Dembele was behind him.

I am sure Marchiniak will receive support for this decision. In dynamics, neither the players nor the experts had any questions at all. Di Maria’s blow to his leg is a consequence of Dembele’s touch.

This is a FIFA and UEFA recommendation. The same adhere to in Russia. A similar thing happened to Rasskazov in the CSKA-Arsenal match in the 2020/21 season.

At the 78th minute, Colo-Muani ran away from Otamendi and was littered on the lawn. A gift of fate for the referee: two similar moments in such a game. There were arms and legs. Clear, fast and correct solution.

But there is a nuance! Marchinyak showed that he had a hold with his hands. And this is at least a yellow card. Although, rather, the deprivation of a clear opportunity to score a goal – in other words, a foul of the last hope. And if Otamendi fouled, grabbing Colo-Muani with his hand, then there can be no cancellation of double punishment, and Marciniak had to send the Argentinean. 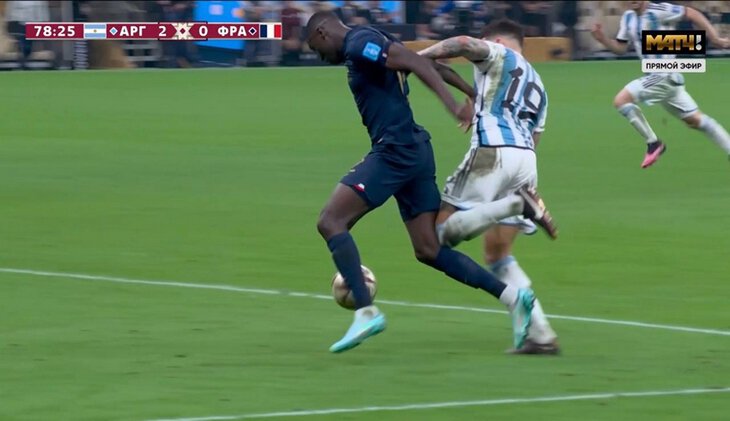 This is the best decision of the tournament, perhaps. Difficult moment: the referee looked out from behind, but in the last minutes of the final he made the right decision. Guessed? Maybe. But the decision is made, and it is correct. 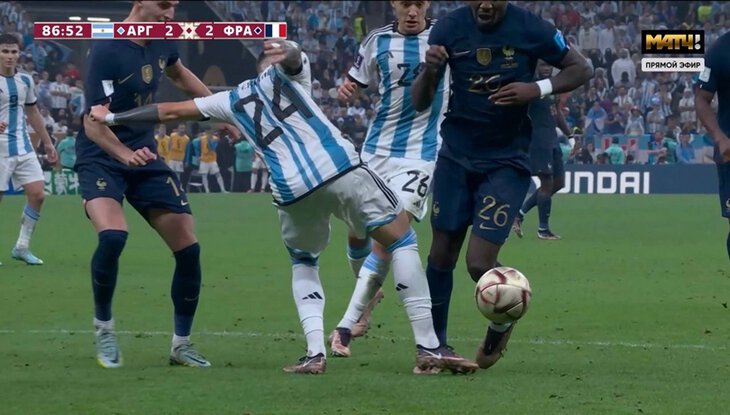 Pass to the goalkeeper – a mistake?

Here the opinions of colleagues were divided. Someone says that the defender used a deliberate trick, kneeling down, someone regards the action as natural, and everything is fine with the transfer. 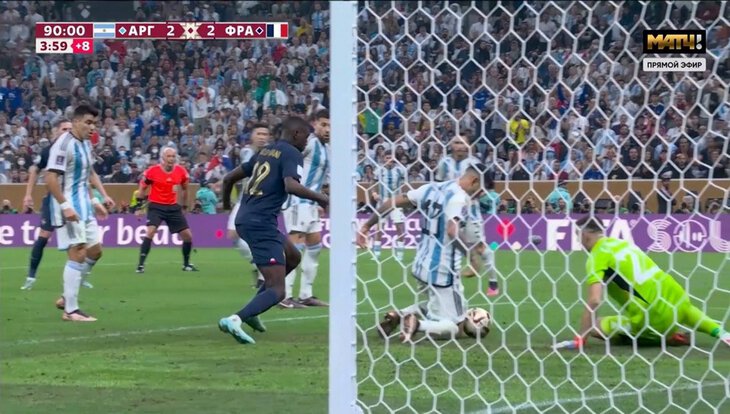 In any case, appointing a free kick at the 93rd minute of the final in such an ambiguous episode would be very controversial and resonant. The arbitrator turned on his head and did not invent, guided by the spirit of the game, which is also spelled out in the rules.

According to the rules, Messi’s goal in overtime cannot be counted.

With graphics, we made sure that in the 111th minute Messi scored a goal without offside – Martinez was not out of the game, Varan was stuck. 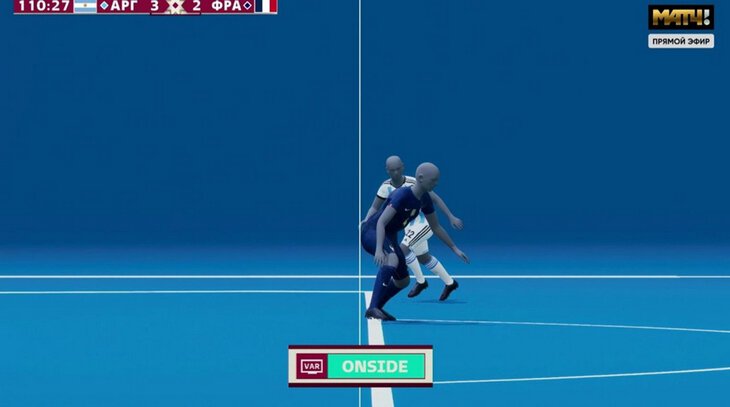 But few people noticed that the assistant raised the flag after Messi’s goal. He did not count the goal, but recorded it outside the game.

On recommendations, he let the attack end, but then made the original decision. Why did Marciniak credit the goal? He reacted to the sensor on the clock – they told him that the ball crossed the line, and made a mistake methodically. It was necessary to assign a free kick, and only after the decision of the VAR brigade to count the ball.

The biggest snag with Messi’s goal is the Argentine substitutes running onto the field. Goals are counted if outside players on the field do not interfere with the defending team – unless the interference was from the attacking team. Argentina attacked. So the rules cannot count a goal.

But, of course, in no final, no one will cancel a goal, no matter whose goal it was scored against. 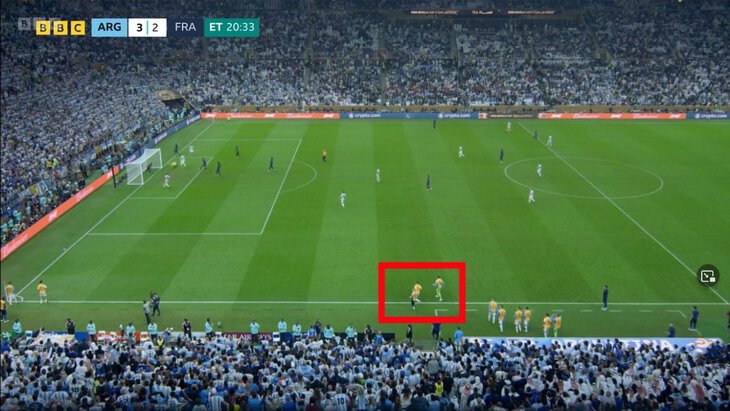 At this World Cup, the tendency is to whistle less fouls, show fewer cards. Only one direct red in the tournament and three after the second yellow. This is a direct instruction from FIFA, but only works for short-term tournaments. This trend does not carry over to championships.

Therefore, it makes no sense to analyze moments where the referee did not show yellow. This is how the whole tournament was judged.

Confident refereeing, in which the players did not doubt 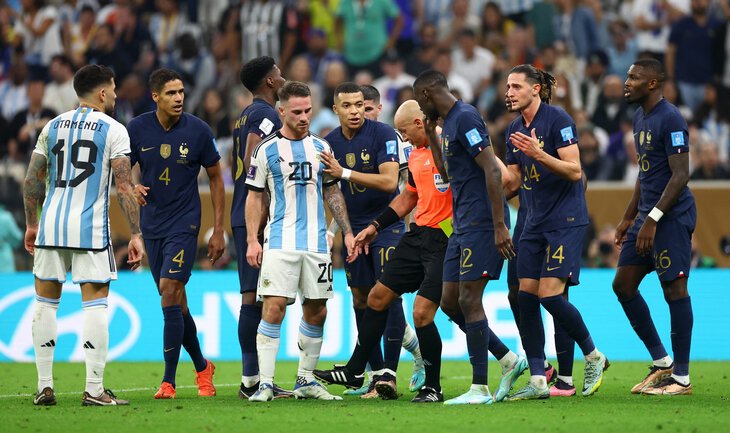 Marciniak played the game very confidently, and the players trusted the referee. There were no big disputes, as in the game for 3rd place or in the Argentina-Netherlands match.

An indicative moment – the second penalty kick against Argentina with the score 3:2. Montiel played the ball with his hand, significantly increasing the area of ​​​​the body. Without hesitation, the Pole appointed the third penalty in the match, with which no one argued. 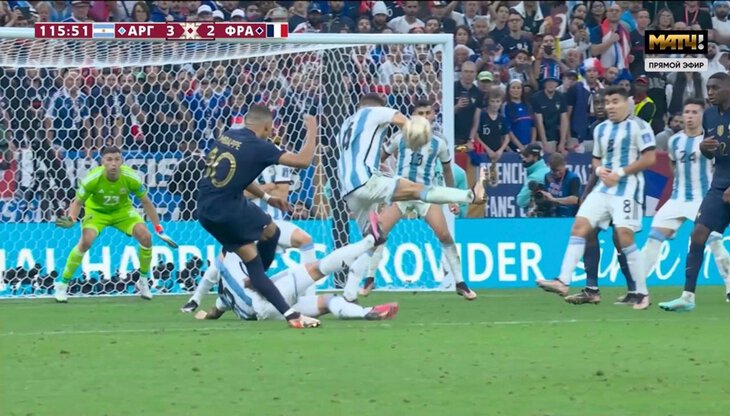 It is important that in the era of VAR, Marciniak made all the key decisions (three penalties, Messi’s goal, simulation) on his own, without resorting to the help of a video referee. In today’s times – a rarity.

The brigade from Poland played the final match very well.